There’s been a lot of discussion lately as to whether or not we’ve reached the peak of this near decade-long economic expansion. Despite unemployment being at the lowest level since 1969 and GDP growth remaining solid, the flattening yield curve looms over investors inciting pessimism. My contention is that the yield curve is a poor proxy for a recessionary indicator, despite historical effectiveness in predicting recessions.

The flattening, and recent inflection of the yield curve has led to an outflow of funds from consumer cyclical equities. As I’ll go on to discuss this trend is a poor recessionary indicator and economic fundamentals remains strong. Therefore, many consumer cyclical companies remain undervalued as they have been sold off based on this data. I would suggest investing in consumer discretionary ETFs (XLY, VCR). These ETFs offer exposure to an undervalued sector poised to benefit when the broader market realizes this without direct exposure to idiosyncratic risks which can diminish the benefit experienced from this trend reversal.

Why is the yield curve a poor proxy for recessionary indicators?

Yield curves tend to be strongly upward sloping during times of economic optimism and subsequent expansion, and tend to flatten (and eventually invert) as investor sentiment wanes/the economy begins to slow. The shape of the yield curve can be expressed in a more simplistic manner by taking the current yield of a long-term Treasury bond and subtracting the yield of a short-term Treasury bond (generally 10-year/2-year bonds are used). But before we dive into why the spread between different tenor yields is such a poor indicator of near-term economic activity, I think it’s important to take a step back and discuss what reshaping of yield curves actually means.

The flattening of the yield curve is primarily driven by investor expectations of falling future interest rates, which is mostly based off of inflationary expectations and monetary policy. As the Fed gives indication of raising the Fed Funds Rate, short-term Treasury rates tend to rise, often faster than long-term rates. Likewise, as we reach inflection points in economic growth and inflation expectations change, yields adjust and the yield curve reshapes.

Though investors are often right when it comes to broad interest rate movements, the yield curve flattening is simply a side effect of market pessimism, not a driving force of the economy. The correlation between yield curve inversion and subsequent economic contractions is only a result of investors being correct in their anticipation of future interest rate movements. It should also be mentioned that only a small set of recessions/yield curve reshaping instances exist indicating perhaps there isn’t enough data to call this a strong relationship.

Investors have historically predicted a drop in rates in the past, but there’s no reason they’re going to be right every time. For instance, the yield curve inverted at the end of 2005 but we didn’t see a recession until about two years later. Is the inverted yield curve actually predictive of recessions, or are we simply looking back after a recession and coincidentally seeing a yield curve inversion? It’s difficult to say, but it definitely speaks to the disconnect between when the broader market sees a recession coming, and when the economy actually contracts. 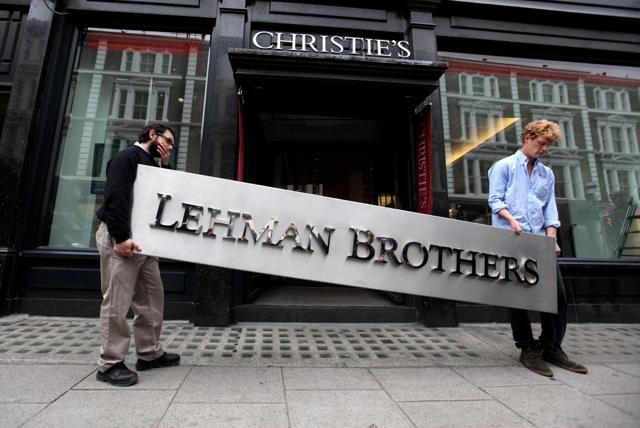 Though we saw a yield curve inversion prior to the 2007-2009 recession, the yield curve inverted at a time the majority investors weren’t aware of any of the factors that later caused the financial crisis and subsequent recession. As investors became weary of economic growth peaking towards the end of 2005, the yield curve began to flatten and eventually inverted. None of these investors were aware of the impact securitized mortgages would eventually have on the economic expansion. In this circumstance, I think it’s fair to say investors were coincidentally pessimistic about the economy two years prior to the recession.

The fallout of the housing market, securitized real estate investments, investment banks holding unsecuritized mortgages, careless lenders, and foolish borrowers led to the collapse of a number of financial institutions. These factors led to the decline in economic activity and rise in unemployment, but weren’t necessarily caused by an inverted yield curve, nor was the inverted yield curve caused by precursors to these events. After the recession occurred we looked back to the yield curve reshaping as a sort of confirmation bias. 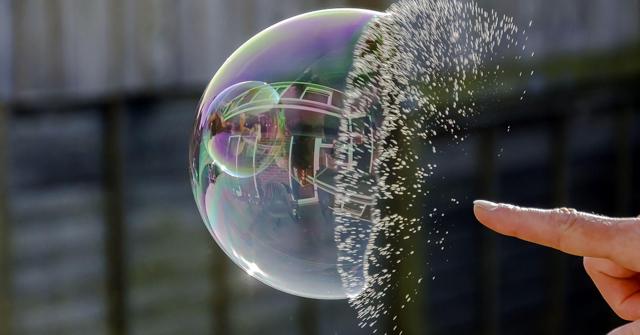 We also saw a yield curve inversion in mid-1998 preceding the economic contraction we witnessed in early 2001. This recession was primarily ignited from the collapse of a number of overvalued telecom and internet stocks. The collapse of these stocks bled into the overall stock market. Over $5tn in market cap was wiped out once it was all said and done. This rapid and severe loss in market value in stocks bled into the overall economy eventually causing a recession.

Despite the drastically different reasons behind the Tech Bubble and the Great Recession, there’s something they have in common: the precursors to the recession weren't known at the time of yield curve inversion. Though the recession was caused by overvalued tech companies (which eventually bled into the overall market), the S&P 500 continued to rise 40% from yield curve inversion until the peak shortly before the actual recession started. It would be foolish to think that the investors knew that the weaker economic performance they were predicting would be caused by overvalued tech stocks, yet drove up the broader equity market by another 40%.

Tech stocks becoming overvalued was a primary catalyst for the recession but it wasn't the only factor at play. There were also a couple of acute factors including the 9/11 terrorist attacks and an assortment of accounting scandals (Waste Management, Xerox, Enron). Again, these are one-off events that are not only unlikely to occur but impossible to predict to any reasonable degree of accuracy.

Again, the recession was caused primarily by overvaluation of tech sector equities causing them to eventually plummet. This bled into the overall stock market causing broad market indices to crash. It also caused an increase in unemployment and decreased economic activity. These issues were not caused by an inverted yield curve, nor did they create an inverted yield curve. Investors were not aware of the connection and the resulting recession was not the caused by pure economic cyclicality as they had predicted.

Though many have been cited saying "this time is different" right before circumstances were discovered to not be different, I believe this time to be truly different. As I discussed, there is a large disconnect between what has been causing recessions and what has been driving yield curve shaping. Again, we approach a period where investor optimism is waning and the markets are becoming worried of a recession looming as our near-record economic expansion marches on.

However, the only way a yield curve inversion would indicate a recession (properly anyway) would be if investor sentiment was based on cracks in our economy that eventually led to a recession. And as of now, I don't see any of those cracks.

Not only do I not see any strong support for the economy reasonably going into a recession any time soon, but I believe there are factors at play which are causing our yield curve to flatten that weren't necessarily happening previously. Strong demand from international investors for long-dated Treasuries has been created by low foreign yields relative to our domestic yields (even in currency-hedged transactions).

The relatively low yield in foreign markets and comparably higher yield in our domestic country has contributed to the flattening of our yield curve but not our risk of a recession domestically. Furthermore, unwinding of the Fed balance sheet (a direct contrast to previous rounds of QE) should mitigate this factor to a certain extent as the Fed allows long-dated Treasuries to mature without replacing them.

To reiterate for clarity: Yield curve shaping is driven primarily by investor sentiment. Investor sentiment has been historically correlated to recessions but there’s no driving force that causes a recession purely because investors aren’t as optimistic about economic growth. And as I discussed, previous recessions have been caused primarily by factors that investors weren’t even aware of when the yield curve inverted.

Perhaps economic cyclicality would have driven us into economic contraction close to inversion or perhaps it would have happened many years down the road pointing to a much lower level of predictive power of yield curve inversion for recessions. This is why paying more attention to economic fundamentals and trends are much more indicative of future rates/levels of economic activity than yield curve spreads.

I believe the yield curve shape is arbitrary unless it is driven purely by investor sentiment, and that investor sentiment consists of only well-reasoned pragmatism, not emotion. The current shape of the yield curve is being impacted by a couple factors mentioned above, it is not purely based on current market sentiment. Additionally, I feel that reshaping due to investor fears is not based in pragmatism but rather fear that our expansion has lasted too long. These are not precursors to a recession, even if they do flatten or invert the yield curve.

This investor pessimism has led to outflows of funds from consumer cyclical equities and ETFs (some falling even as much as 20% over the past 3 months). This sell-off is fear based and unjustified, presenting an excellent buying opportunity. I recommend targeting ETFs for investment (primarily XLY and VCR) as they remove some of the idiosyncratic risk associated with holding concentrated positions.