Mellanox Technologies (NASDAQ:MLNX) reports its Q4 earnings on 30 January. The company has beaten the Street's revenue estimates in five out of the last six quarters, so investors would be hoping that the company's streak of outperformance continues in its upcoming report. But, in addition to tracking just the top-line figure, investors should also closely monitor its InfiniBand sales outlook, the impact and pace of the BlueField ramp and the company's guidance for Q1 FY19, as these items are likely going to determine where its shares head next. Let's take a look. 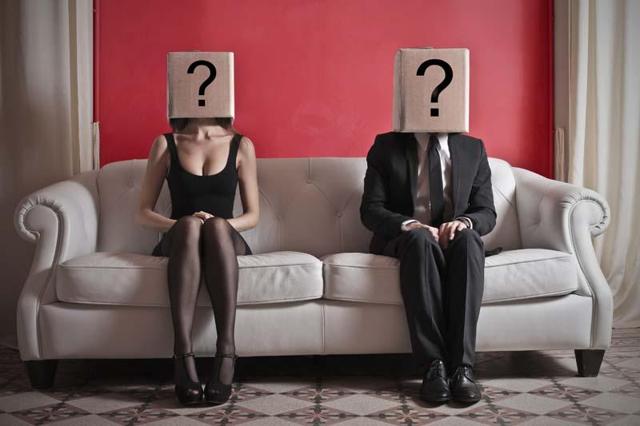 Anyone closely following Mellanox would know that it's a leading InfiniBand and high-speed Ethernet cards provider, but its product portfolio isn't limited to just that. The company also has a new product family called BlueField which saw a commercial ramp starting in Q1 FY18. According to the management:

BlueField is an ideal SmartNIC solution for cloud and hyperscale platforms and optimal storage controller and accelerator for NVMe storage systems and accelerator for security systems and more... We're seeing good design win momentum with BlueField around its areas and with the world's leading hyperscale cloud and storage companies and we expect to take market share away from existing system-on-a-chip offerings.

There are two aspects of this BlueField ramp. First, management noted during their last earnings call that BlueField revenue is currently "small" but is growing quarter on quarter. So, investors should look for clues regarding how much the BlueField product family actually contributes to its overall top line and how fast its sales are actually growing. It's being touted as the next big growth driver for the company amongst investing circles, so readers should basically try to quantify the financial impact of this product family.

Secondly, launching a new product family isn't always a buttery smooth process. For instance, we saw Infinera's margins shrink last year as it secured footprint deals with its then-latest ICE4 products. There are broadly two reasons why this happens: 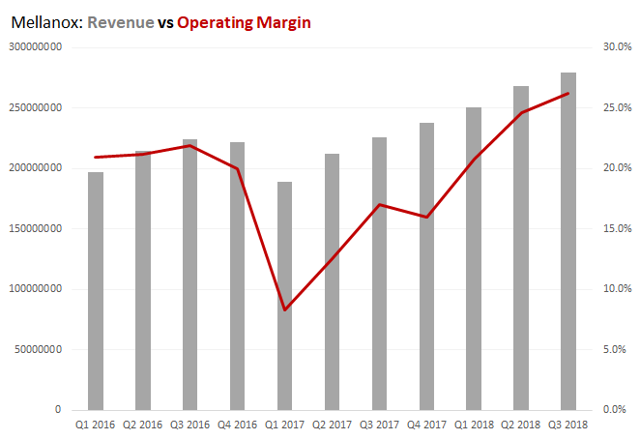 Mellanox's management didn't discuss how exactly the BlueField ramp would impact its margins during its last earnings call, so I brought this potential issue up to ensure readers and investors aren't caught off guard if their management guides for a margin compression. This won't necessarily happen in the company's upcoming earnings report but would rather be dependent on when BlueField starts to meaningfully ramp in terms of sales and starts to account for a significant portion of the company's overall revenue. So, investors should closely watch the BlueField's ramp.

More to the point, Mellanox's has been experiencing a shake-up in its operating segments. The chart attached below would indicate that Mellanox's revenue from Ethernet products has risen quite sharply over the past 11 quarters whereas its InfiniBand sales have more or less languished over the period. 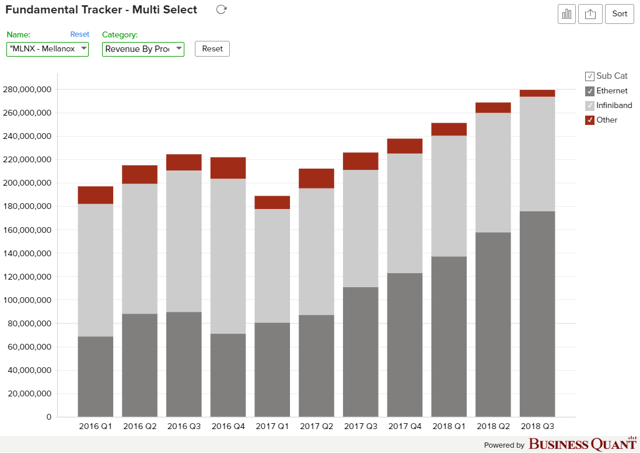 A further drill-down of its InfiniBand sales indicates that, while its EDR sales have grown considerably since Q1 2016, its FDR sales have declined substantially. Meanwhile, Mellanox's sales from SDR, DDR, and QDR products have more or less remained stagnant over the period. 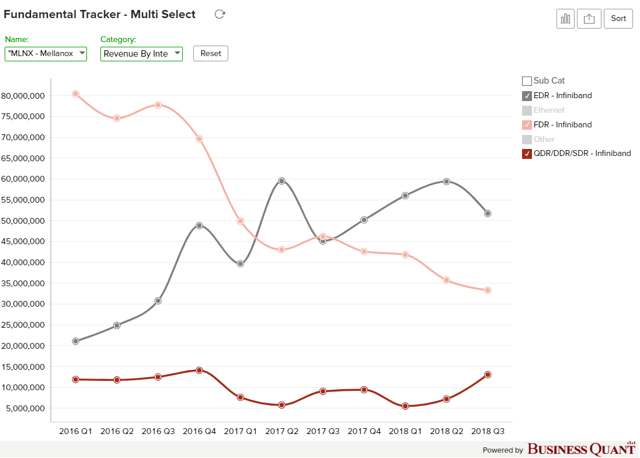 This leads us to basically two questions:

The answers to these questions are vitally important for the near-term future of Mellanox. For instance, if the company is indulging in deep discounting to maintain its InfiniBand sales, then it's bound to drag the overall company's margins lower in the year ahead. Also, a further deterioration in InfiniBand sales can offset the growth of its Ethernet division and drag the overall company's sales growth lower during FY19.

These are realistic scenarios because InfiniBand sales still account for a sizable portion of Mellanox's overall revenue, amounting to 35% in its most recent quarter. Even a small hiccup in InfiniBand sales can weigh down on the company's overall growth. So, investors should closely monitor InfiniBand's FY19 guidance.

Next, investors should keep a close eye on the management's sales guidance for Q1 FY19. Management guided Q4 revenue to be in the range of $280 million to $290 million in their last earnings call which would mark a year-on-year growth of almost 20% at the midpoint. However, there are a few variables that can distort the company's sales during Q4 FY18 and Q1 FY19.

For starters, Mellanox's management noted during their last earnings call that their customers tend to slow down purchases from time to time to "digest" their inventory and that this might be one of those phases:

If its customers are still in the process of "digesting" their inventory, then Mellanox may experience a slow Q1 FY19. The slowdown could extend well into Q2 as well if its customers take their sweet time to deploy their inventory, and that, in turn, could result in a relatively soft FY19 guidance. So, listen in on management's commentary on how soon they expect their clients to resume their purchase momentum.

Mellanox is no doubt an industry leader when it comes to high-speed Ethernet adapters, but the company can potentially have an uneventful Q4 if its customers continue to digest unused inventory from Q3. So, investors should try to ascertain whether this digestion impact can extend well into Q1 as well and track its InfiniBand sales along with its BlueField ramp, as these items are likely going to determine how well the company is going to grow in FY19.

Business Quant
22.9K Followers
Business Quant is a comprehensive investment research platform. It hosts KPI data, financial data and analytical tools to help you become a better investor. You don’t have to go through boring SEC filings to keep a track of AT&T’s subscriber count, Apple’s revenue from iPhones or Disney’s revenue by region. Our Granular KPI Data tool does that for you and it does so much more. Get an edge over the market, from day one. Watch Business Quant in action here.
Follow