The January jobs report handily beat expectations, with a gain of 296K private sector jobs vs. expectations of 175K. Considering all the disruptions (weather, government shutdown) and despite a big drop in consumer confidence, the numbers appear solid enough to say that the labor market continues to improve.

Here is a small collection of charts that I find most interesting: 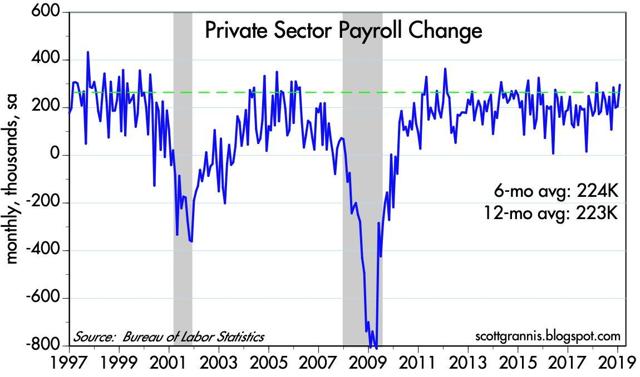 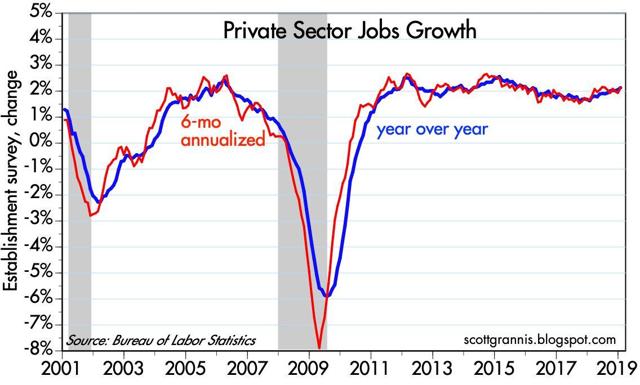 Chart #1 shows the monthly change in private sector jobs, while Chart #2 shows the percentage gain over 6- and 12-month periods (which is important in order to filter out the notorious month-to-month volatility of this series). The growth rate of jobs bottomed in September 2017 at 1.5-1.6%, and it now stands at 2.1%. That's a meaningful increase, and it likely accrues to both Trump's tax cuts and his frontal assault on regulatory burdens. 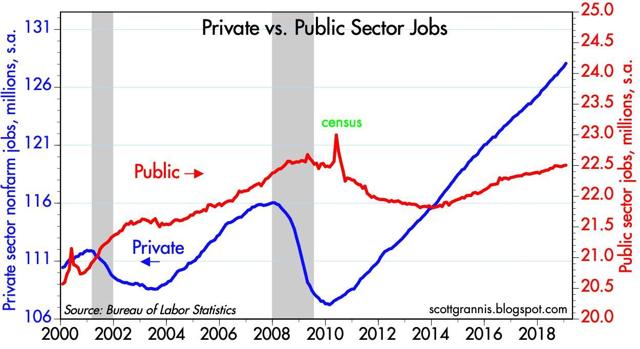 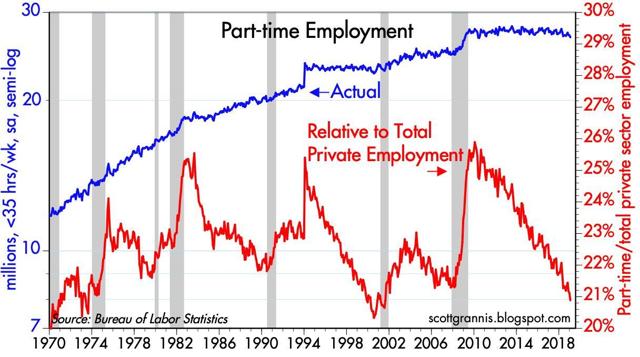 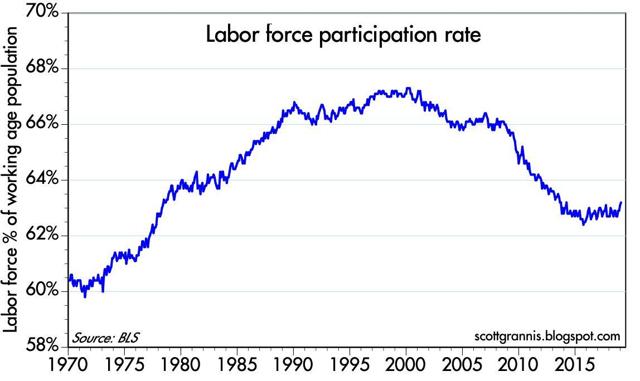 As Chart #5 shows, the labor force participation rate (the ratio of those working or looking for work relative to the total number of people of working age) has ticked higher for the first time in many years. People who were "on the sidelines" are now beginning to reenter the workforce. If this continues, it means the economy has lots of upside potential.

Calafia Beach Pundit
55.35K Followers
Scott Grannis was Chief Economist from 1989 to 2007 at Western Asset Management Company, a Pasadena-based manager of fixed-income funds for institutional investors around the globe. He was a member of Western's Investment Strategy Committee, was responsible for developing the firm's domestic and international outlook, and provided consultation and advice on investment and asset allocation strategies to CFOs, Treasurers, and pension fund managers. He specialized in analysis of Federal Reserve policy and interest rate forecasting, and spearheaded the firm's research into Treasury Inflation Protected Securities (TIPS). Prior to joining Western Asset, he was Senior Economist at the Claremont Economics Institute, an economic forecasting and consulting service headed by John Rutledge, from 1980 to 1986. From 1986 to 1989, he was Principal at Leland O'Brien Rubinstein Associates, a financial services firm that specialized in sophisticated hedging strategies for institutional investors. Visit his blog: Calafia Beach Pundit (http://scottgrannis.blogspot.com/)
Follow
10 Comments
To ensure this doesn’t happen in the future, please enable Javascript and cookies in your browser.
Is this happening to you frequently? Please report it on our feedback forum.
If you have an ad-blocker enabled you may be blocked from proceeding. Please disable your ad-blocker and refresh.