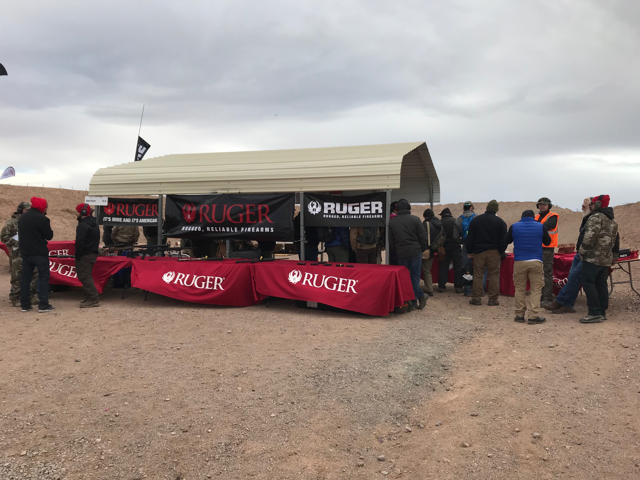 And that's a wrap!

Last Friday marked the end of the annual NSSF Shot Show 2019. Just as before, the show was packed with both exhibitors trying to build awareness and attendees looking for the latest and greatest products.

As per the organizers, if you attended the show every day from morning until close, you would have only 22 seconds to visit each booth!

Just as diverse as the list of exhibitors were the individual company experiences of the past few years.

What was not diverse however was the general cautious consensus for the gun industry overall.

What we found was that despite a mass shooting in early 2018, background check data pointed to multi year lows for handgun transactions and decade lows for long guns.

We have to keep in mind that NICS data only points to volumes, it does not point to revenue or the average price for handguns. As any gun owner would know 2018 had brought decade low prices on common ammunition such as 5.56/223 rifle and 9mm Luger handgun calibers. As per one of my contacts who looks at the underlying excise tax data, the realistic picture is even worse when we factor in both transaction volume and price.

This was clearly evident in the financial results of manufacturers of firearms and ammunition.

So then, was this experience universal?

Despite the overall pie shrinking, this experience was not universal and many companies seemingly had great years. While I do not have proof to back it up, as per my conversations with executives, Glock had one of their best years yet! Furthermore, companies such as Zev Technologies had great experiences expanding their offerings to the point of launching their own firearm, which by all accounts has been well received.

Where Does The Success Come From?

If there is one big theme to be taken away from the show is that generally speaking, there were no "game changers" that I believe will get new gun owners from the side lines and into the stores. The notable innovations however were generally stabs at existing gun laws, rather than products that were catered to gun owners broadly.

One of the more notable launches was Mossberg's MC1 pistol. 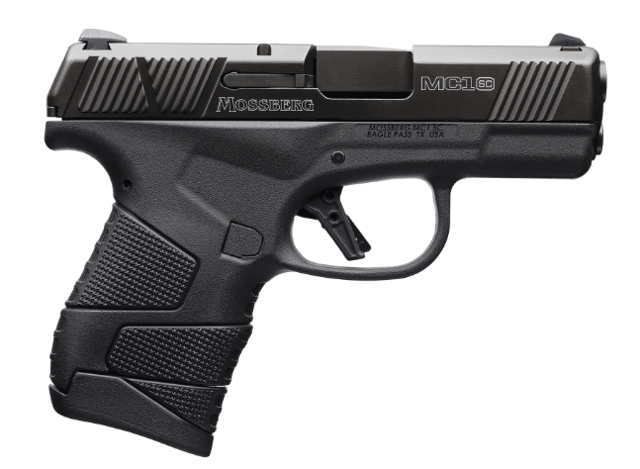 After decades of being a long gun manufacturer, Mossberg decided to throw their hat in the ring and came out with a polymer pistol aimed at the carry market.

On one hand, the pistol is innovative in that it field strips for cleaning differently and has you cleaning the firing pin as part of the process.

On the other hand, it is YET ANOTHER pocket pistol which is marked for mass production.

The problem is, the market is already fully saturated with such offerings and I highly doubt that many gun owners shopping for a concealed carry pistol are going to chose this gun over a Glock 43, 43X or 48 pistol at around the same price, or just as good if not better Smith & Wesson Shield or Ruger LC9 pistols at even lower prices.

If anything, more offerings will likely lead to lower prices, driven by companies whose focus is on generating revenue and stealing market share ahead of short term profitability.

Another meaningful launch was the Zev Technologies' OZ9 Pistol. 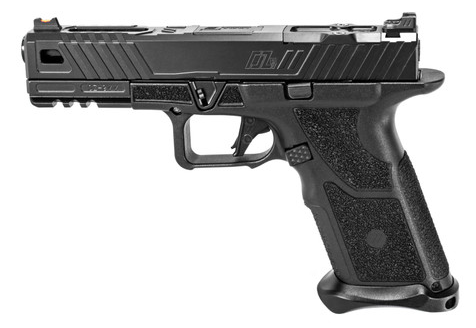 Traditionally known for offering both customized Glock firearms and Glock accessories, the company has put their efforts and experiences into a brand new firearm, the OZ9.

The major innovation here is that this is perhaps the "Ultimate Glock" and integrates modularity, a feature that was requested by the US Military for their new handgun and why the Sig P320 was selected.

With handguns, the "registered" part is the receiver or generally the handgun frame. What modularity means is that the "registered" part is the receiver. (The part in the middle of the above picture) What this allows you to do is have the one firearm which you can then put into a larger or smaller frame, and convert into a variety of calibers. For states such as New Jersey, this means that you can purchase one handgun and then swap it to your needs, either full frame for shooting matches or home defense, or in the compact frame if you are conceal carrying out of states. For military and law enforcement this means buying one set of handguns and then customizing their outfit to the mission or officer's needs.

How is this different from Mossberg's new offering?

After all, despite both products being innovative in their own ways, I don't believe either of these offerings are going to get new retail customers to become gun owners, unless of course they are featured in a movie such as John Wick 3?

The difference is, for a company such as Zev Technologies, producing and selling 5,000 guns per month would be far easier and more meaningful to their bottom line then to a company who is forced to target 100,000 firearms per month or more based on the company's size and shareholders' needs.

Throughout the show I was exposed to many innovative products. They ranged from firearms such as the Zev Technologies OZ9 and accessories like Sellmark's Pulsar Thermal Riflescopes.

Most of these innovations however are designed to steal market share from other players. While I did not visit every booth, I have not heard of any new offerings designed broadly to bring in new gun owners.

At the end of the day, what this means is that smaller companies simply need more boots on the ground spread their offerings and to target broad exposure.

The takeaway for investors of the publicly traded companies, both in the manufacturing and distribution channels is that due to the size of the companies, there is generally little a company can do in the short term that will get them to grow in an overall slumping market.

Yes, American Outdoor Brands' (AOBC) new distribution warehouse will without a doubt improve efficiencies, reduce costs and grow sales, BUT it will take time and unfortunately would not double their revenues overnight.

Yes, Vista Outdoors (VSTO) can launch the most accurate new ammo and proprietary calibers that offer superb ballistics, BUT when rifle sales are at decade lows and there is a glut of foreign ammo coming into the markets and awaiting to be imported, there is little they can do.

And yes, Ruger (RGR) can have the best value in the 338 Lapua, long range shooting rifles in the Ruger Precision Rifle, but it is still a small percentage of the pie and when you are known as a "value brand," you are at American Outdoors/Smith & Wesson's & Glock's mercy when they decide to drop the price to maintain their market share.

In future articles we will just as we have in the past, focus on the publicly traded companies individually.