We just started getting COT data again, and although it is out of date by over a month, it does provide some interesting information.

Starting with gold. The closing price on December 31 was $1,281, up over $80 in six weeks. Given the rally, it is no surprise that Money Managers (aka "Funds") were net long again and the Commercials have increased their short position. 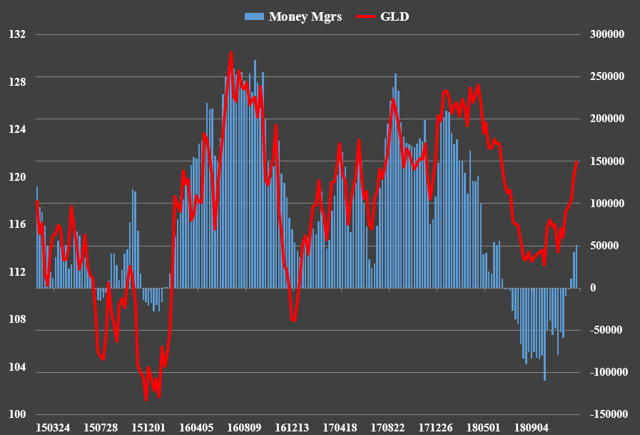 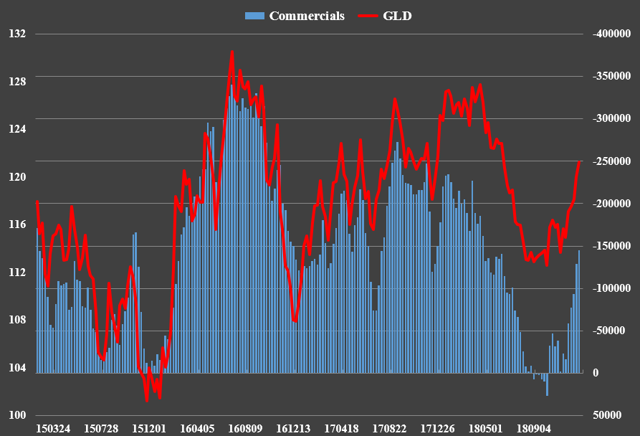 What is remarkable is the speed with which those positions were added, especially on the short side.

Peaks and troughs in price are often identified by extremes in total net long or short positions, but extremes in the rate of change, or delta, in those positions can also signal a pending top or bottom. Swaps (aka "Banks") added to their net short position at the second-fastest pace ever on both a three-week and eight-week basis. Suffice to say that the so-called smart money was racing to get short. 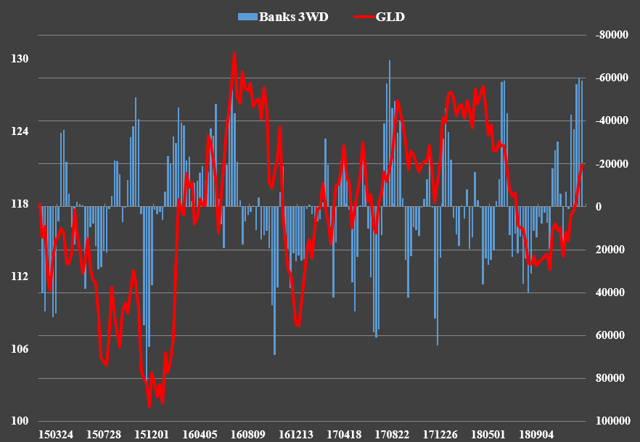 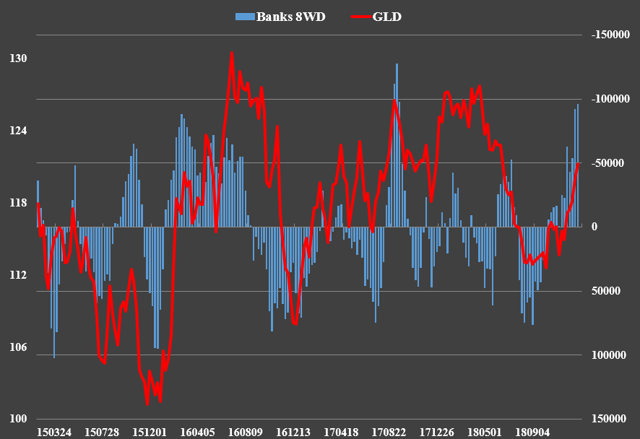 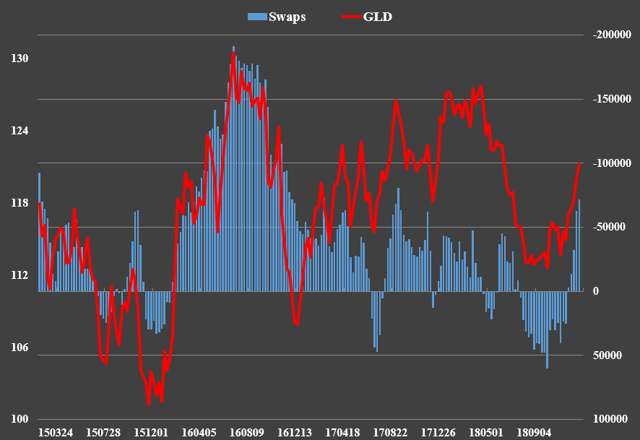 This was when gold was at 1,281. It rose to 1,331 on January 31. It's a safe bet that those shorts increased significantly during those four weeks. Given the speed with which the Banks were adding to their shorts, they could have increased their net short position to its highest level since 2016. Funds have likely piled on the longs at the same time.

This does not bode well for gold in the short-term. Although gold has already fallen back to 1,314, it could go lower yet.

The Daily Sentiment Index hit a peak of 80% bullishness on January 31, which signaled the peak in price.

Gold continues to fall back from a negatively divergent higher high at 1,331 also. 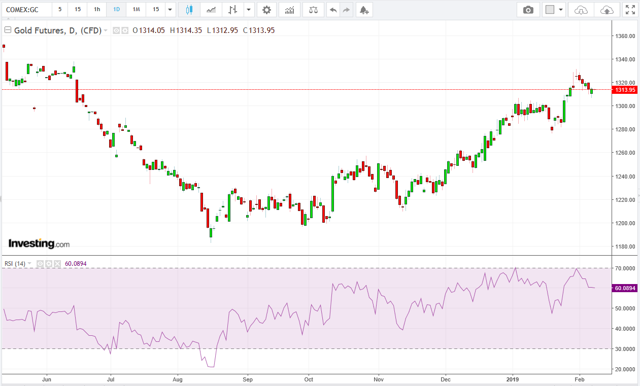 Now back to the COT data with respect to silver. Funds piled on the longs in December after the break of multi-month resistance and the following move up to a $15 handle. 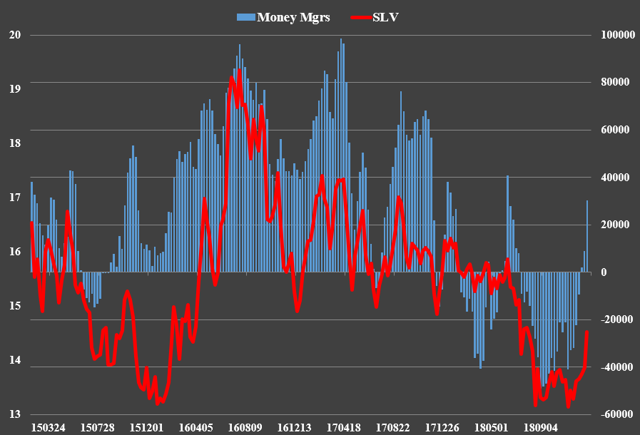 Moreover, they did so at the fastest pace ever on a three-week basis. 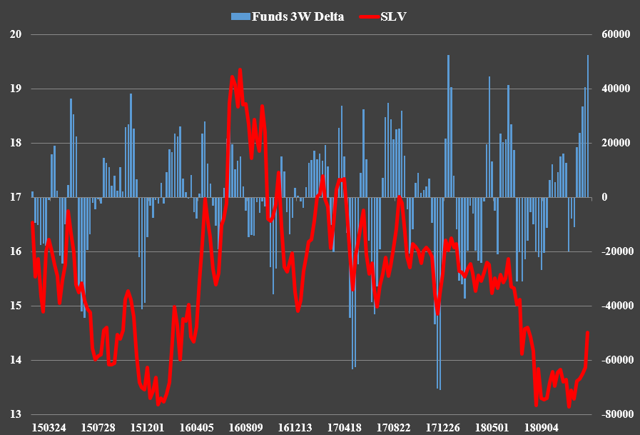 It is not surprising that we are seeing the mirror image on the short side. Banks and the broader commercials have raced to add to their net short positions. Banks did so at the fastest pace ever on a three-week and eight-week basis. Commercials added shorts at a record level on a three-week basis also. 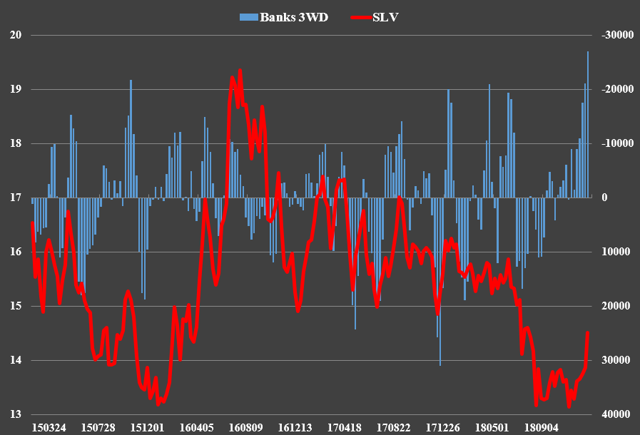 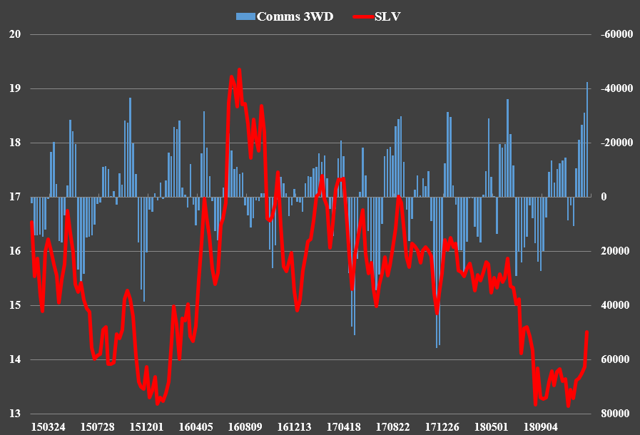 The worrisome part about this is that on December 31 the Banks had already exceeded their net short position at the June and January 2018 peaks and matched the September peak position when it reached a high of 18.29. This was when it was at 15.54. The price rose to 16.20 over the next four weeks to January 31. Although the price has fallen back since, given the rate at which shorts were being added prior to year-end, it's highly probable that the Banks have increased their short position significantly, perhaps to their highest short position since 2016. This would mean that those shorts and the price of silver would have some way to fall. 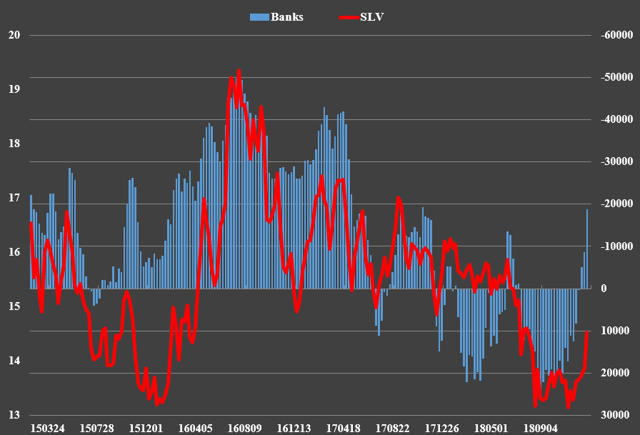 In order to avoid repetition, suffice to say that the same conditions apply to the broader commercials category. 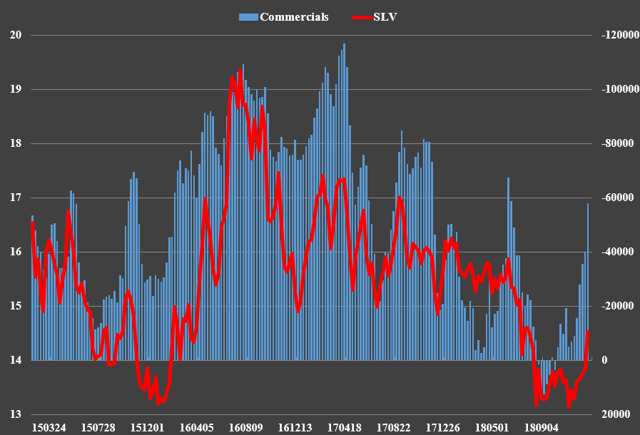 Silver's Daily Sentiment Index never reached as high as gold's, topping out at 64 and falling to 50 since.

It, too, is falling back from a negatively divergent higher high and could have further to fall. 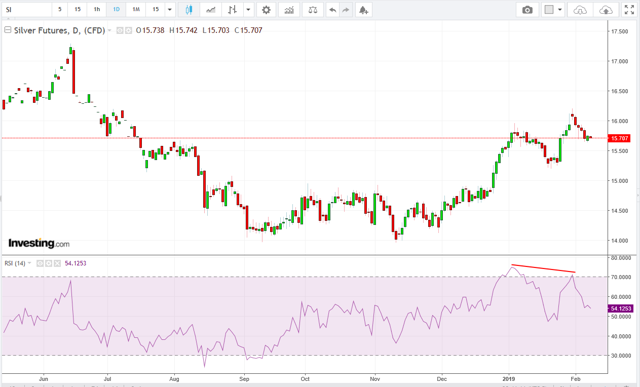 In conclusion, while the government was shut down and we were not receiving any positioning data, the prices of gold and silver rose, but so did the long and short positions of the funds and banks respectively. In particular, the short positions of the banks and commercials increased significantly and are very likely to be even higher today, which would support further moves to the downside in both metals.

That said, I still believe that this is the last pullback before a substantial rally to follow, and it is the last BTFD opportunity before we break the 2016 high of 1,377. The only question that remains is how low do we go before that rally begins.

Sprott Money
1.79K Followers
Established in February 2008, Sprott Money Ltd. is a leading precious metals wholesale, institutional and retail dealer selling gold, silver and platinum bars, coins and wafers online and over the phone. We offer competitive precious metals storage, IRA, and RRSP services, as well as a comprehensive news site.Sprott Money Ltd. is a privately held company owned by Eric Sprott and operated by Larisa Sprott.
Follow
6 Comments
To ensure this doesn’t happen in the future, please enable Javascript and cookies in your browser.
Is this happening to you frequently? Please report it on our feedback forum.
If you have an ad-blocker enabled you may be blocked from proceeding. Please disable your ad-blocker and refresh.