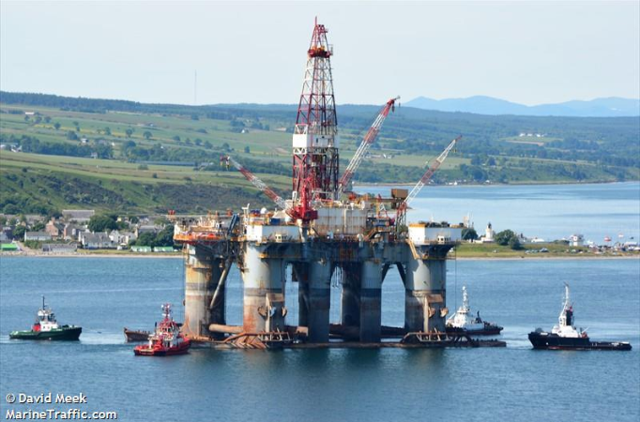 This fleet status report was full of news - Diamond Offshore's marketing department did a great job. In my opinion, the management is positioning the company for dayrate upside in 2021, and it has almost accomplished this task. The company's drillship segment is under contracts. Among semi-subs, only Ocean Great White has no jobs after July 2019 - other rigs are contracted into 2020 and some into 2021. Two reactivations (Ocean Endeavor and now Ocean Onyx) helped Diamond Offshore keep the number of active rigs at an acceptable level.

As of now, the company has four active drillships, nine active semi-subs and four stacked semi-subs. While it looks like the stock market believes that Diamond Offshore's fleet is not big enough to be a leader (as judged by the stock's underperformance vs. peers this year), I'd argue that actual contract data tells the opposite story - Diamond Offshore's rigs are in great demand, and the company always has an option to buy a floater from the yard if it believes it is necessary to do so.

I believe that the news in the fleet status report are long-term bullish for Diamond Offshore, but at this point, it is hard to estimate the short-term market reaction to the report. Drillers' stocks may find themselves under pressure if Brent oil (BNO) fails to show upside past the $63 level, and technically Diamond Offshore shares are already on the way to their recent lows: 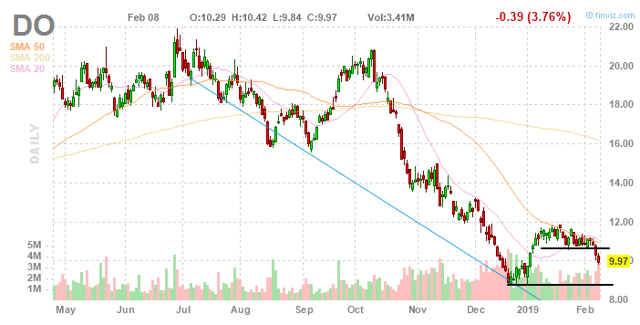 I don't think it's a good idea to fight the tape in the short-term, but in the longer term, Diamond Offshore remains one of my favorite drillers, and I believe that ultimately the market will appreciate the company's ability to keep all its active rigs employed will maintaining a solid balance sheet.