In the fast-paced world of blockchain innovation, the world’s second-largest cryptocurrency already is being left behind.

Ethereum was launched a few years ago with the objective of building a world computer based on the newly invented blockchain technology. Think of it as a decentralized Amazon Web Services (AWS) based on an open-source network with crypto tokens. Developers can now deploy decentralized applications (so-called dApps) on the network and get quick adoption from a community of ETH (ETH-USD) users spread across the world.

However, progress has been stymied by the ETH team’s inability to upgrade the network and evolve with changing technology. The network is still too slow and bloated to be used in mainstream applications. Meanwhile, smaller and newer rivals like Singapore and Vietnam-based Tomochain (TOMO-USD) already have surpassed the legacy network in many respects.

Launched just three months ago, TomoChain applies a modified version of the Proof-of-Stake (POS) consensus mechanism that’s being considered by the ETH developer team. The so-called Proof of Stake Voting (PoSV) promises transaction throughput of at least 1,000 transactions per second along with a two second blocktime. Far faster than Ethereum’s double-digit TPS and 20 second block time.

Furthermore, TomoChain is compatible with the Ethereum Virtual Machine (EVM), which means Dapps and Smart Contracts running on ERC20 protocol can be easily migrated to the Tomochain. This furthers the barriers to entry for a project that already offers several advantages over ETH. 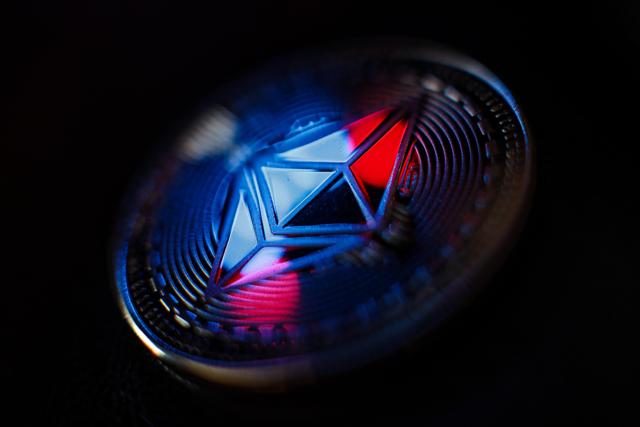 The Tomo team has been working through the same strategy that’s made other blockchain projects breach the top 10 on CoinMarketCap - attracting top-notch developers to create a wide base of dApps and partnering with established giants and startups to drive adoption. Since late 2018, the team has managed to secure partnerships with organizations such as The Georgian National Blockchain Agency and also help major ETH dApp teams transition to their chain.

The most noteworthy application to leap from ETH to Tomo in recent months is Axie Infinity, an Ethereum-based collectibles game that features PvP battles.

The growing list of dApps and industry partners is another signal of the emergent chain’s intrinsic value. Since the mainnet launched, the price of each Tomo token is up 229% from $0.17 to $0.56. The staking rewards yield for Tomo holders currently is around 9.78%.

Tomochain’s success reflects the consequences of the Ethereum core dev team’s glacially slow upgrades. To its credit, the team is expected to implement its long-awaited Constantinople and St. Petersburg upgrades this week.

Constantinople will bring the platform multiple efficiency improvements as well as the delay of the so-called “difficulty bomb” and the decrease of Ethereum’s block reward. Meanwhile, the St. Petersburg upgrade will delete a previous update from the testnet.

Meanwhile, Ethereum’s Vitalik Buterin already has said that the upcoming Sharding and Plasma updates will boost the TPS dramatically, perhaps to a million or beyond. However, the timeline for these critical upgrades is anyone’s guess and the community’s patience is wearing thin.

At the moment, Ethereum is obviously the most well known and widely adopted blockchain virtual machine network. However, the lack of scalability solutions over the past year have left a gap that has been quickly filled by more nimble upstarts like Tomochain.

Incumbents like Ethereum offer the network effects required to meet these ambitious goals but better technology and ease of use from Tomochain may finally win out. I’m convinced this is a winner take all market, however picking the winner at this nascent stage is easier said than done.

Vishesh Raisinghani
2.83K Followers
Founder at Sharpe Ascension Inc. - a content marketing agency for financial and technology firms.Researcher, Content Creator, Financial Writer, Consultant., PizzatarianCollaborating with Seeking Alpha contributor Growth At A Good PriceFind me on Twitter @Visheshrr or send me an email if you'd like to work together.

Disclosure: I am/we are long ETH-USD. I wrote this article myself, and it expresses my own opinions. I am not receiving compensation for it (other than from Seeking Alpha). I have no business relationship with any company whose stock is mentioned in this article.