The thesis here, in my mind, is quite simple - revenues have peaked in 2016 when camera and video technologies in the mobile segment took a giant leap.

GoPro (NASDAQ:GPRO) has had a rocky few years, to say the least. They've gone from an IPO price of $24.00 per share, up to over $93.00 per share and then down to under $4.00 per share. This was a result of the shift of consumer spending habits after the initial hype phase (and with good reason) for the company's action cameras and other accessories.

Most contribute the company's lackluster success since 2015 to high expenses, a low-margin entry into the drone business and an overall expansive focus on numerous technologies or the lack of innovation in different product segments. The real reason, for me at least, was much simpler than that - it came down to hype vs. reality when mobile phone camera became exceptionally good.

Even though Nokia (NOK) released their 41-megapixel camera way back in 2012, the lackluster phone operations rejected the widespread adoption. Then, in early 2016, the 12-megapixel cameras from phone giants like Samsung (OTCPK:SSNLF) and Apple (AAPL) caught the nation by storm and quickly evolved into dual-camera, high-exposure, low-light sensitive images which can be used for a multitude of filming and still photography options like action, nature and adventure, which was the primary use of the GoPro cameras.

The Samsung Galaxy S7 was first released with the 12-megapixel camera in April of 2016 and was followed by the dual-camera LG G5 in the same month. The Huawei P9 was released moments after and had the dual-12-megapixel cameras and in November Apple released their iPhone 7 Plus, which really caused the takeoff of semi-professional photography in the mobile phone technology space. 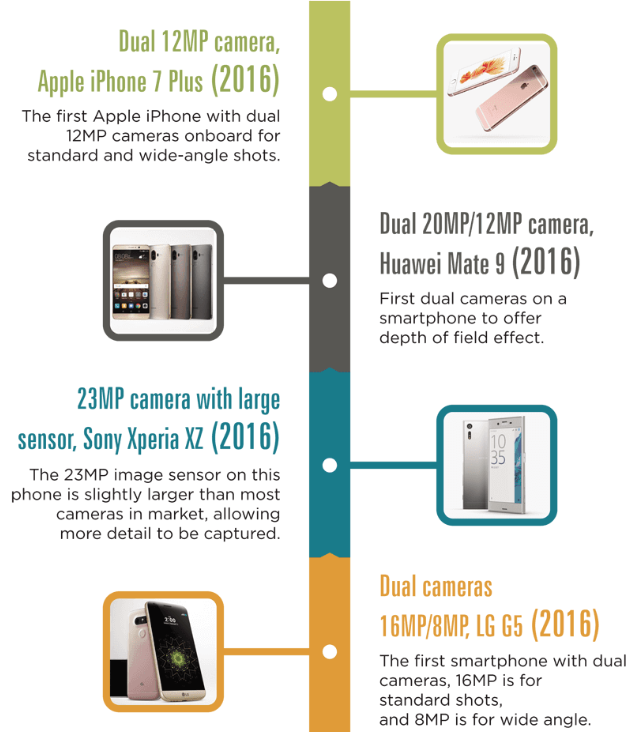 GoPro first released a 35mm camera in September of 2004, which generated $150,000 in sales and then continued a steady growth rate to over $3 million in the proceeding years. Then, in 2013, the real change came when it released the HERO3+ camera with a 16:9 aspect ratio, 4K 12-megapixel action camera. The company sold $1 billion worth of products upon the first year of release and continued to develop these products up to their latest version of the series launched in October of 2018.

Karma Drone - The Road To Failure

The GoPro drone failure could be in part due to timing and other launch issues. The company first approached DJI (DJII) to partner and create the first Karma drone. After that failed, the company approached 3D Robotics but when they failed to meet their requirements in 2015, the company took production into their own hands. An earlier release of the product could have changed things for the company but they seemed to be too far behind other major manufacturers and cheap versions from China were beginning to flood the US and international market at that point. The company discontinued the Karma drone manufacturing and sales in January of 2018, just 11 months after the launch of its version in February of 2017.

GoPro offers its products in over 30,000 retail outlets in over 100 countries through direct sales and distribution channels. The company reported 2018 sales through its direct sales channel decreased to 48% from 54% in 2017.

The company sells most of its product through specialty retailers who have the independence to customize their sales experiences to their customers based on their objective sales pitch and regional presence. The company uses in-house sales teams mostly to capture the higher-end customers who tend to be early adopters of new technologies and handles athlete teams to enable marketing and promotional activities.

GoPro has an active presence through major online retailers like Amazon (AMZN), Best Buy (BBY) and others but its own e-Commerce platform has accounted for less than 10% of total revenues over the last several years.

The GoPro brand does have a unique advantage, even as the market continues to saturate, and I believe it will hold up the company's sales decline rate to only a few basis points every year.

The company uses the power of social media better than any other company out there and uses a slew of athletes and activities like the GoPro Mountain Games to promote its products to and in extreme sporting events around the world. They utilize partnerships with leading athletes over Instagram in multiple sporting segments like adventure biking, rock climbing and other action sports. This will keep a core group engaged with their brand and help sales stagnation in the short to medium term. There's no telling what future brand can eclipse GoPro with a similar or more competitive marketing strategy.

Beyond the somewhat inorganic threats posed by the improving smartphone camera industry, the company faces threats for its action cameras specifically dedicated to sporting events and other extreme sports from multiple other companies.

These include mega players in the industry such as Canon (CAJ), Nikon (OTCPK:NINOY) and Sony (SNE) as well as specialty companies like Garmin (GRMN), Ricoh (OTCPK:RICOF) and Shenzhen Arashi Vision. The company's 360 technology is facing increasing competitive threats from mobile phones and services from Facebook (FB), which allows its users to make a 360 image using almost any mobile phone through its mobile application.

These competitive threats should continue to pressure the company's organic business and as the market becomes even more saturated with the emergence of new technologies in mobile phones and others, I believe the company will have a hard time overcoming this and producing meaningful sales growth.

Even as the company is expected to report a slight growth in EPS for the next 2 years, revenue slowdown and nearly unlimited competitive pressures don't justify a high multiple for the company. GoPro should continue to experience a decline in overall sales even if an occasional bump from a new product release and successful branding can keep the revenue decline to a few basis points every year.

This presents, I believe, an environment where a multiple over 15x EPS is excessive and unrealistic. With 2019 EPS expected at $0.29, a fair value for the year emerges somewhere around $4.35 per share, significantly lower than the current share price of around $6.00 per share.

GoPro once stood as an innovative player in the action camera market. Since, however, the rise and dominance of the mobile phone camera and the ease of use in multiple scenarios, including action sports, has caused sales to stagnate and they now rely on new product releases to boost sales a few basis points just to decline again.

The company still has a foundation of innovative technology and a unique market in the extreme and action sporting segment, not without its own competitive pressures though. It seems unlikely that the company will become insolvent in the near future but current valuation metrics of multiple to earnings don't seem to be justified and underestimate the headwinds the company faces.

In an extremely fragmented and saturated market of cameras, it's rather clear that there's no real investment opportunity unless some marvelous new technology emerges which can change the way we think about photography and videography. Some aspects of IoT in regard to automated tracking and interconnected film production can certainly provide a boost to the industry but the overall market seems to be overestimating growth as more and more simple technologies in mobile phones take over the need for a separate camera for specific purposes beyond the niche market of extreme sports.

I remain neutral on GoPro and believe it's slightly overvalued at current prices.

Pinxter Analytics
4.26K Followers
As part of my earnings growth strategy, I invest, trade and write about small under-covered growth companies which don't get much attention from establishment analysts as well as use the strategy to interpret short and long term moves in bigger, well established companies in the United States, Europe and the Asia-Pacific region.-All articles and the information in them are my opinion based on my own research and analysis and should not be taken as investment advice without proper due diligence and advice from a professional financial adviser.

Disclosure: I am/we are long AMZN, FB. SHORT APPL, BBY. I wrote this article myself, and it expresses my own opinions. I am not receiving compensation for it (other than from Seeking Alpha). I have no business relationship with any company whose stock is mentioned in this article.