In this article, I will be examining whether investors should hold onto CenturyLink (CTL), or should they fold and move on. I will be covering management commentary about the recent dividend cut, possible alternatives to CenturyLink, dividend cutter data as well as other topics. 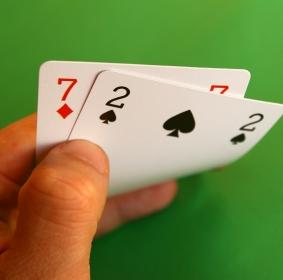 There is the well known saying about history repeating itself and I found a case of déjà vu with management commentary from CenturyLink. I looked back at news stories from when CenturyLink previously cut their dividend in 2013 and found the following quote from then CEO Glen Post III.

"We are confident that the capital allocation initiatives we announced today will allow us to continue our investments to drive strategic revenue growth, while maintaining our focus on creating long-term shareholder value." - Glen Post III

If anyone read the most recent conference call transcript, you will find a very similar statement made by the current CEO. It is amazing the above quote and the below quote were made six years apart by different CEOs; however, they are incredibly similar.

The past capital allocation initiatives led to a loss of shareholder value as evidenced by looking at the chart for CenturyLink over the past six years. This brings up the question of why should investors believe the current initiatives will lead to an increase in shareholder value going forward. In my opinion, the failure of past initiatives, the stock performance, the large debt and the seemingly out of nowhere dividend cut point to the fact that investors should be skeptical of the capital allocation plan and growth initiatives. In addition, many investors are skeptical of what management says because the CEO said this about the dividend on the Q3 conference call in November.

"We are pleased with the improvement in our payout ratio compared to last year and remain comfortable with the dividend." - CEO Jeff Storey, Q3 2018 earnings call

Selling at lows to buy another stock near highs

"Opportunity costs represent the benefits an individual, investor or business misses out on when choosing one alternative over another." - Investopedia

Real world example of selling at lows and buying near highs

The great thing about CenturyLink is my opinion above about the stock not being worth holding can be backed up by historical data specific to the company.

I will be providing an example showing that yes, the last time CenturyLink cut the dividend it was a good idea to sell and buy a better quality stock, even though that stock was trading near the highs. Here is how my example starts and it uses actual historical data. Say you were an unlucky investor who purchased shares of CenturyLink at the closing high in 2010, which was $46.80 on December 21st. You held the stock all the way to February 14th, 2013, which was the day the dividend was cut that year and sold at $32.27, which was near multi-year lows. You can visually see in the chart below, the purple arrow at the point at which the dividend was cut and shares sold in my example. Below the chart is a table showing a hypothetical $10,000 investment for buying CenturyLink on December 21st, 2010, selling on February 14th, 2013 and collecting the dividends over that period. 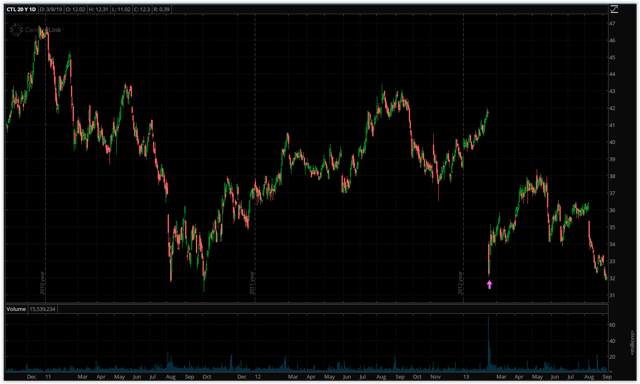 Now that shares of CenturyLink were sold in my example, I had to find something else to use the proceeds to buy. My logic in choosing another company was simple. The selection had to be a better quality company and be from within the telecom industry, which leaves only two names: Verizon (VZ) and AT&T (T). I determined that both Verizon and AT&T were superior alternatives to CenturyLink by looking at historical financials on stockrow.com. At the time, both Verizon and AT&T had better growth opportunities than CenturyLink and both had superior debt metrics. Between AT&T and Verizon, I found Verizon to be the best company, which is why I will be using Verizon in this example.

The chart below shows where in my example you would have purchased shares of Verizon, which was the day after the CenturyLink dividend cut and the sale of CenturyLink shares (February 15th, 2013). I assumed investing only the proceeds from the sale of CenturyLink ($6895.30) and none of the dividends collected on CenturyLink during the time of ownership. The table below shows the combination of price appreciation for Verizon from February 15th, 2013 until now along with dividends collected from Verizon would have gotten you back above the original $10,000 CenturyLink investment. In addition to that, you would still have the dividends you collected from CenturyLink while you owned it. Hopefully, those dividends would be invested in something else that was more profitable. Wrapping this example up, it is clear that had an investor switched to the best-in-group telecom, they would have been better off than holding onto CenturyLink. 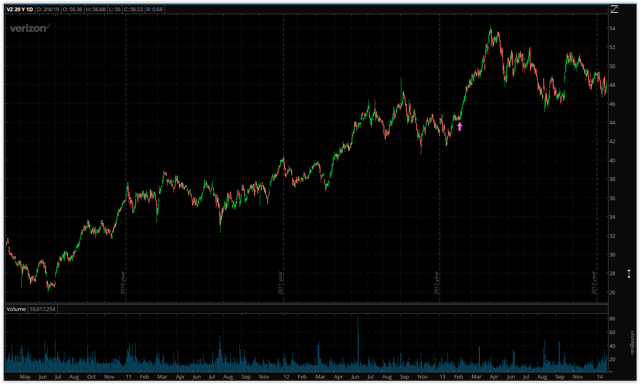 The following chart is an important one for investors to consider when deciding whether to hold onto CenturyLink. The chart clearly shows that on average, companies cutting their dividend vastly underperform. Obviously, there will be exceptions to this, but on average, cutting the dividend is not ideal. I believe CenturyLink is destined to underperform its telecom peers and the S&P 500 (SPY) over the long term because of the multiple dividend cuts they had. 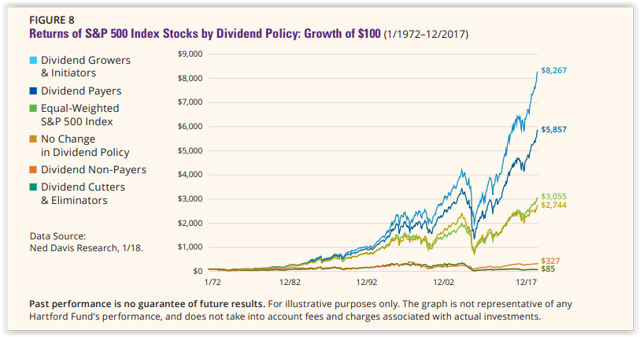 There will likely be more selling sometime in the future when dividend ETFs conduct rebalancing and reconstitutions. For example, the iShares Select Dividend ETF (DVY) holds roughly $257 million of CenturyLink shares or about 1.93% of the current $13.29 billion market cap of CenturyLink. CenturyLink is likely to be removed from DVY because with the dividend cut, they fail to meet one of the criteria for inclusion in the fund as detailed below. That is just one fund, there are likely to be other dividend-focused funds, albeit with smaller positions, that could have CenturyLink removed from their holdings.

"To be included in the Underlying Index, each security (i) must have a non-negative historical five-year dividend per-share growth rate." - DVY prospectus

The final item I will look at are some fundamental metrics that give further evidence to investors that CenturyLink may not be worth holding. The first table shows that CenturyLink has the worst operating margins in the group. The second table shows that a very large portion of operating income for CenturyLink goes towards paying interest on the debt they have. Cutting the dividend and reducing debt will help, but in the process, they have alienated many dividend-focused investors. The third chart shows that in comparison to Verizon and AT&T, debt/EBITDA is significantly higher. The fourth and final chart below shows efficiency ratios: return on assets, return on equity and return on investment for CenturyLink are all below levels of Verizon and AT&T.

In closing, based on all the data I examined, I believe CenturyLink is not worth holding. It is clear Verizon and AT&T are superior to CenturyLink, and I believe that over the long term, they will provide better results over CenturyLink. The same situation is occurring again, where investors could be considering dumping CenturyLink after a dividend cut at the lows and considering moving proceeds to Verizon or AT&T. I believe with the historical example and data I presented, either Verizon or AT&T would be a better choice than CenturyLink for the long term. Personally, if I had to choose between Verizon and AT&T, I would choose Verizon. As is shown below, the technical metrics (RSI and MACD) for CenturyLink are oversold and there could be a bounce coming. If there is a short-term bounce coming, that might be an opportunity to get out at a higher price. 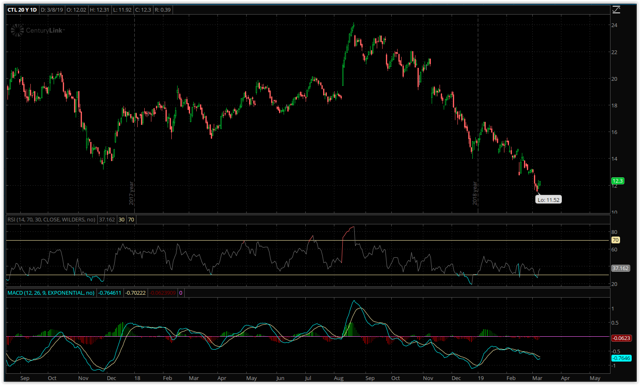 Brad Kenagy
7.28K Followers
-I have been investing since the fall of 2008 and invested through one of the most difficult investing periods in history and know the importance of dividend growth and stability during those times as well as during the good times. I started writing for Seeking Alpha at the end of 2011 and I have been successful with the companies I write about, which is shown by my high TipRanks success rate (Link Below). https://www.tipranks.com/bloggers/brad-kenagy
Follow

Disclosure: I/we have no positions in any stocks mentioned, but may initiate a long position in VZ over the next 72 hours. I wrote this article myself, and it expresses my own opinions. I am not receiving compensation for it (other than from Seeking Alpha). I have no business relationship with any company whose stock is mentioned in this article.

Additional disclosure: I may purchase shares of VZ sometime in the future.