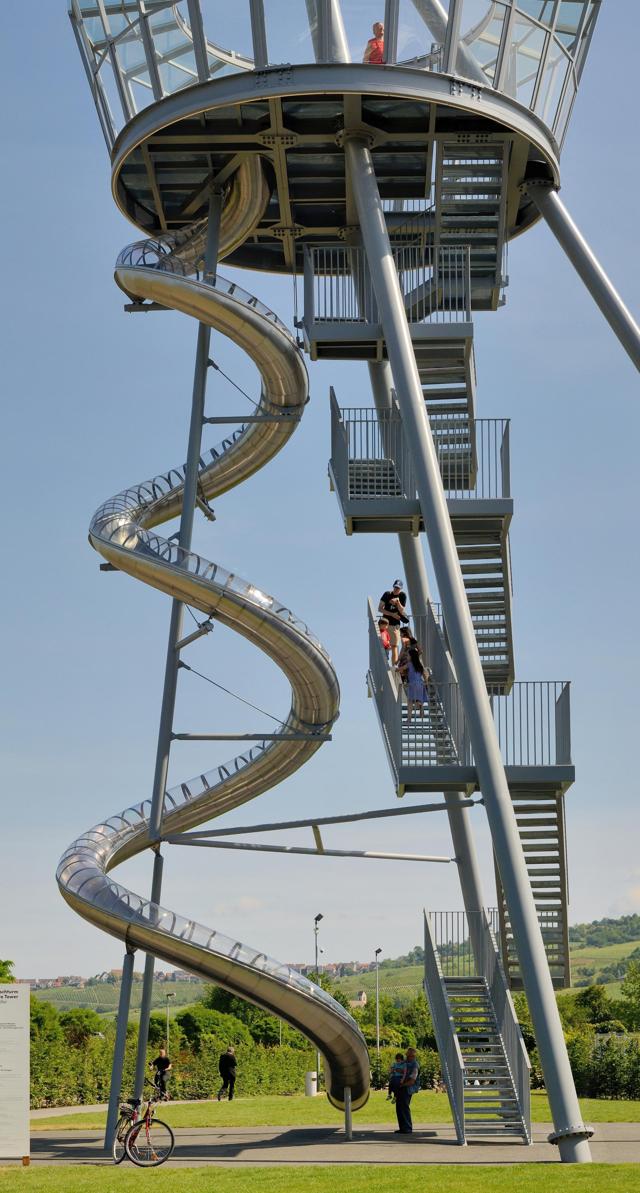 Not As Bad As I Feared

But still, not that good. Coming out of Q3, I framed the short-term issues facing the US economy thusly:

If you want one takeaway from this report, try this on: without changes to private inventories, this is a 1.2% print, not 3.5% - inventories accounting for a stunning 65% of growth in the quarter. It better be a merry Christmas, or there's going to be some overstocked warehouses… The disposition of these inventories remains the key short-term issue facing the US economy.

Following this up at year's end with my 2019 Outlook:

What we want to see in Q4 is a big reduction in inventories coupled with high growth in wholesale and retail trade, hospitality services and a better trade picture. In short, the Merriest of Merry Christmases. If inventories remain high or grow, or exports don't recover, it is an extremely troubling sign, and would likely mean we are on the precipice of a recession, if not already in one.

By the time the month-delayed, first preliminary GDP report was released at the end of February, we had already seen that the retail sales and wholesale inventory reports for December were terrible, though October and November had been good. So, when the topline came in at 2.6% and there were no huge surprises hiding in the splits like the Q3 report, I breathed a small sigh of relief.

Still, it is fairly clear that December was a very bad month. January and February may have been a little better, but it's hard to tell yet. The Christmas season failed to empty out the massive Q3 inventories and convert them into retail and wholesale trade on a large scale. There are full warehouses all over the US, demand seems to be slacking badly, and that is never a good thing.

When a data set like preliminary GDP is revised, it generally means the preliminary numbers come with very high error intervals and often big revisions. I used to use the BLS jobs numbers as the example here (massive revisions are common in the series), but we have a new champion for preliminary data series you should probably just ignore: home sales. Here, without apparent irony, is what is on the current table: 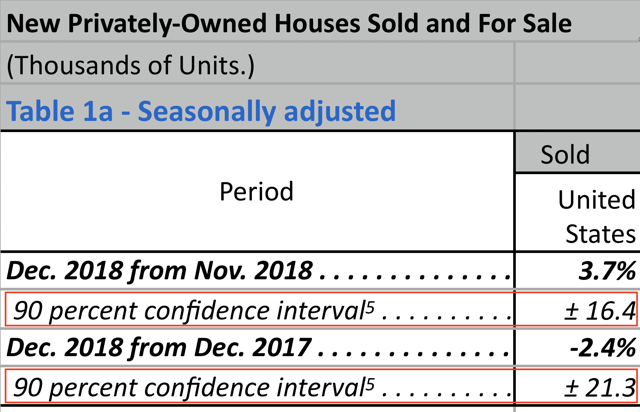 For those of you who slept through statistics (not blaming you) that means the MoM growth range is -12.7% to +20.1% or anything in between. The YoY range is -23.7% to +18.3%. Moreover, this is a 90% confidence interval rather than the more commonly used 95%, which means there is a 1 out of 10 chance that the true number lies outside this already massive error range. The regional splits are even sillier, with the Northeast having a 176% error range at 90% confidence. This is what a useless data set looks like.

There are many things that cause revisions, and without being an economist at the Census Bureau, BLS, or BEA, it's impossible to know what they are - every reporting period is different and is filled with non-recurring items. But it's always been my (mostly unsupported) theory that the size and direction of revisions tell you about trends at the end of the reporting period that didn't show up in the first report. As such, I always pay a lot of attention to the size and direction of revisions as well as the current number, as I believe they give us a better idea about the following reporting period.

You have been warned.

While certainly not bad, the top line real GDP growth in the quarter annualizes at 2.6%, a little above expectations. But we can see even more clearly now that Q2 2018 was the peak of the cycle and we are on the downslope. 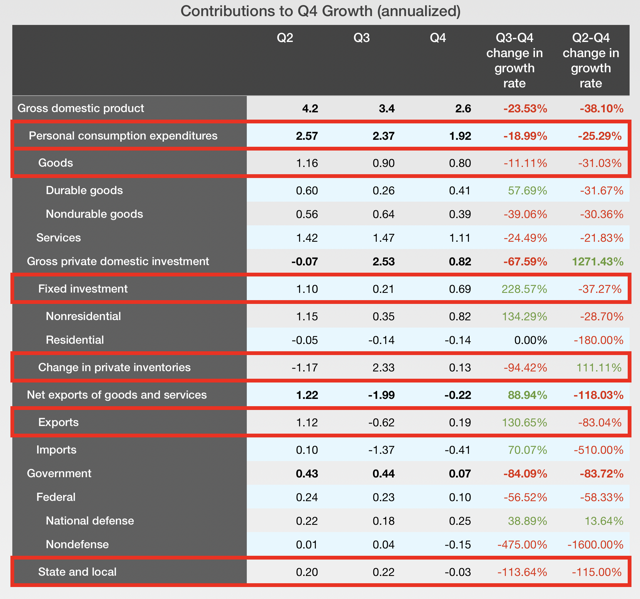 A sea of red. Some bullets:

Q2 2018 continues to look like the peak in the cycle. There are worrying signs that the economy slowed particularly in December, right when consumption should have been at its highest. High inventories and low demand are a very poor combination.

Recessions happen very slowly, and then all at once; so right now, there is no telling when this might happen.

The Tax Bill A Year In

The 2017 GOP tax bill was designed to add $1.5 trillion to the debt, though I would argue the final number will be much larger due to:

Forgetting for a moment that this represents an unprecedented transfer payment from future generations to current shareholders, it is also an unprecedented experiment in fiscal stimulus at the end of what was already a long cycle. It's Bizarro Keynesian.

But, counter the supply-siders, companies will take this extra cash and plow it back into the business in the form of capital expenditure. This will lead to long-term growth in productivity, which will translate into both higher profits and wages, leading to higher demand, leading to more CapEx, etc. The budget deficit gets wiped out by growth and everyone sings Kumbaya.

Let's look at this argument one step at a time:

Did the lower statutory rate lead to higher profits? Well, it certainly seems so (the red dashed line is the median in the 10-year window). FRED's data only goes through Q3, but the spike at Q1 is obvious.

The big caveat here is that effective corporate income tax rates were already very low in the US. The 35% statutory rate was hardly paid by anyone in the last 10 years as companies have become better at avoiding taxes. In 2017, before the bill took effect, the effective corporate tax rate was around 16%, not 35%.

Again, we are missing Q4, but the trend is pretty obvious. US corporations are now paying an effective income tax rate of about 10-11%.

So profits rose in 2018, but did that lead to higher investment? The answer is, "a little".

So, we're seeing a small above-median bump in investment. But where did the profits go if not to investment? Well, one answer is that all 2018 earnings are going right to shareholders as dividends and buybacks. S&P only still has the numbers through Q3, but for the first nine months of 2018, S&P 500 companies earned $876.52 billion and returned $583.43 billion as buybacks and another $336.50 billion as dividends for a net cash flow of -$43.41 billion. Eek.

So, did the slightly higher investment lead to higher productivity? Again, just a little. 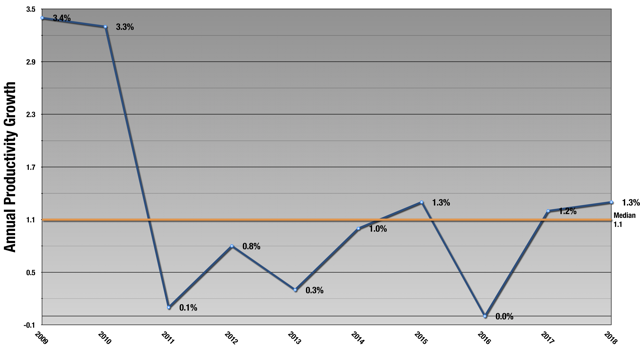 Is this leading to personal income growth? Yet again, just a little.

We've already seen that personal consumption expenditures are declining off their Q2 peaks, so this small bump in personal income is not going into increased demand, and we are unlikely to start the virtuous cycle predicted by the supply-siders.

And the budget deficit? The budget deficit was $779 billion, but that's masking another $476 billion in off-budget federal borrowing, so the total federal debt ballooned by $1.25 trillion in 2018. It is now over 107% of GDP, a new record, eclipsing the worst years of the recovery. The really bad news is now the left has its own Magical Budgetary Thinking in the form of Modern Monetary Theory. May God have mercy on our souls.

So, the report card for the tax bill, a year in: C-. Ask your kids or grandkids if the $1.5 trillion they borrowed was worth it.

Upshot for US Equities

I will have a lot more to say about this at the end of the month when the final numbers come in and I publish my quarterly outlook.

The market being forward-looking, 2018 earnings growth was already baked into prices by January 2018.

The 2017-2018 comps were always going to look sexy because of the tax cut, but the 2018-2019 comps will suffer from being on the flip side of that. Apple's (AAPL) January 2 announcement and downward guidance was the canary in the coal mine, and I believe there's a lot more where that came from.

I get a lot of blank stares when I start going on about inventories (yes, I'm a lot of fun at cocktail parties), but this remains the crucial issue. A big chunk of H2 growth is still sitting in warehouses, and some of these inventories are likely now months old and may never get sold if consumption does not pick up rapidly. I will be looking for signs of this in the coming week, as we get December inventories and January retail on Monday, and February CPI and PPI later in the week. Fingers crossed.

But if central banks and the federal budget want to keep pumping liquidity into the system, then the party can keep going. Until it doesn't. We are now still using what were supposed to be emergency measures after a year of 2.9% growth. The big problem is that central banks have not "normalized," have very little ammo at the ready, and we could be staring at a full-blown liquidity trap before long.

The bottom line is this: there may be more upside to this market, but it will come at a very real cost for the future, and in my opinion, the potential rewards are dwarfed by the risks. Recessions happen very slowly, then all at once. Keep your eyes wide open. We are at a crucial moment.

Thanks for reading. Comments? Questions? Insults? Have at it.