Moderna (NASDAQ:MRNA) has had a wild ride since its IPO in December 2018. Its mRNA therapies could revolutionize medicine in a variety of disease indications. At the same time, its pipeline is in relatively early stages, yet its market capitalization already is approaching the range of companies like Ionis (IONS) and Alnylam (ALNY) that already have RNA-based therapies approved by the FDA and are generating commercial income.

I believe Moderna could be a very good investment for the 2020s, but there are considerable risks. I believe it is worth accumulating by long term investors who can weather any short-term volatility.

This is a good time to think about Moderna because on March 6 it had its first regular quarterly results press release and analyst conference for Q4 2020. There is a fair amount of data on its drug pipeline available, with much more data coming in 2019 and 2020.

Messenger RNA, or mRNA, transfers the information from a cell's DNA to the cellular machinery that makes proteins. When a gene is defective, the mRNA is in turn defective, and so the protein produced is defective. A gene might also be normal but turned off, so getting artificial mRNA into a cell might allow it to produce a necessary protein. mRNA is even being tested to produce proteins in a cell that would not normally be there, like antigens of viruses (to induce immunity). 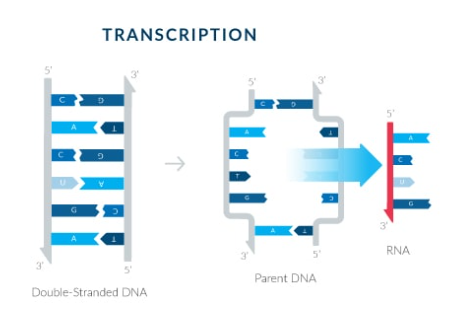 If you have been following the RNA-based therapies story you might suspect that, like Ionis and Alnylam, Moderna would start its program by targeting orphan diseases caused by genetic mutations. Instead, it has a very broad program that can be broken into six categories.

Prophylactic vaccines prevent infections by pathogens. With mRNA, a cell can generate an antigen that the human immune system can recognize, thus keying it to prevent an infection if the real pathogen, which carries the antigen, ever appears. Merck (MRK) is a global commercial partner for some of these vaccines.

Cancer vaccines hope to prime the immune system to attack cancerous cells. Moderna is developing a personalized cancer vaccine program. It also has a vaccine triggered by the KRAS gene found in many cancers, which is being developed in partnership with Merck.

Intratumoral immuno-oncology can be thought of as a cancer vaccine with a different mode of action, somewhat similar to certain bispecific antibodies under development at other companies. The mRNA transforms the tumor microenvironment to encourage T cells to attack.

Localized regenerative therapeutics use mRNA to produce proteins that help heal injured or diseased tissues. The first product in the program is partnered with AstraZeneca (AZN) to produce VEGF-A, a well-characterized protein that is better known as a tumor growth factor. Avastin, also a VEGF agent, has been a revenue blockbuster used to treat cancers and eye diseases. But just as too much VEGF can cause disease, too little can be a problem when an injured tissue needs to heal.

Systemic secreted therapeutics are designed to get therapeutic proteins into the bloodstreams of patients. AstraZeneca is a partner for one of these therapies.

Systemic intracellular therapeutics allows proteins to be expressed in a cell to treat diseases like genetic disorders. This is where mRNA competes with other RNA platforms like RNAi and antisense. Moderna has three programs in this area, but presumably the platform could generate many more.

Contrast with other RNA platforms

Moderna's mRNA platform can be understood by comparison with the RNA platforms of Alnylam and Ionis.

Alnylam uses RNAi or RNA interference for its therapies. This essentially silences genes by degrading mRNA. It can be used when a gene is expressing a harmful protein, but it does not allow cells to create proteins that are not coded by the cell's DNA. In addition, RNAi can target RNA that is created by a disease vector like a virus.

Ionis uses antisense RNA for its therapies. asRNA hybridizes with its target RNA, preventing it from becoming a template for protein production.

It is arguable that Moderna's mRNA is a more direct route to achieving the effects that Alnylam and Ionis have already demonstrated. Since in theory it can add mRNA of any type to a cell, if would appear to be more broadly applicable than either RNAi or asRNA.

However, the most difficult problem to solve for all three platforms is delivery. The mRNA, RNAi, or asRNA only work if they are both inside the cells that are diseased, and there in the right dose. All of them tend to be degraded if they are injected into blood. Ionis and Alnylam have clearly overcome this problem with their FDA-approved therapies Spinraza, Tegsedi, and Onpattro. Whether Moderna can safely and effectively get the right doses of mRNA into the right cells is still under clinical investigation. So far Moderna's technology looks very promising.

Moderna's pipeline is broad but early-stage. It has nothing in Phase 3 trials yet, and just one product in a Phase 2 trial, though several others have completed Phase 1 and so could go to Phase 2 in 2019 or 2020. Much of the pipeline is preclinical, which I would normally not take into account in valuing the company. However, some of the preclinical therapies have already been licensed to large-cap pharma companies, so I would see them as better-vetted than most preclinical drugs.

The source for all of the following graphics is the Moderna pipeline page.

The vaccine pipeline is not surprising: some emerging diseases that still need vaccines, and some more common diseases like flu that could use improved vaccines.

The cancer vaccines and therapies are in very early stages of development. Given the difficulties to date with cancer therapies, any efficacy would be welcome, but failure would not be a surprise to me.

Nothing is very far out of the starting box for genetic or system-secreted therapeutics. I see no reason mRNA therapy could not work for Fabry disease or PAH or acidemias, but it is too early to guess about safety or efficacy.

Moderna's most advanced product is AZD8601, which is licensed to AstraZeneca. AZD8601 aims to regulate VEGF-A to alleviate myocardial ischemia, or heart failure. Clearly, any therapy for this could be a blockbuster revenue generator.

AZD8601 is currently in a Phase 2 trial. In the Phase 1 trial it was found that naked mRNA could safely be injected into heart tissue and move into cells without degradation. According to A Potential Treatment for Heart Failure, in preclinical studies new blood vessels appeared at the borders of damaged heart muscle. Injections of VEGF-A mRNA were carefully targeted at areas where oxygen levels were low. This resulted in improved cardiac function in these preclinical studies. mRNA allows for precise control over how much VEGF-A is made. This reduces the risk of side effects such as leaky blood vessels and tissue edema.

Another example from the pipeline of the potential value of the platform is mRNA-1653.

In February, Moderna announced positive data from an interim analysis of safety and immunogenicity from its Phase 1 study of mRNA-1653 in healthy adults. mRNA-1653 is designed to protect against human MPV (Metapneumovirus) and PIV3 (Parainfluenza Virus Type 3) that cause respiratory illnesses, mainly in children. Moderna plans to advance mRNA-1653 into a Phase 1b study of pediatric subjects.

If 1653 passes its trials and is approved by the FDA and global regulators, it would be a mass market product. Currently, Moderna retains the rights, but it would make sense to license it to a company with global reach.

That would make it similar to mRNA-1777, which hopefully protects from RSV (Human respiratory syncytial virus), and is licensed to Merck.

Moderna had strong backing from investors during its venture capital phase. At the end of Q4 2018, it had a cash balance of $1.69 billion. That shows a lot of confidence by venture capitalists.

Expenses in Q4 2018 were $189 million. That is a lot of spend for a clinical-stage company. In part, it reflects high executive pay and the broad pipeline. It would only take 9 quarters at that rate to burn through the present cash balance. By then there should be more encouraging results, perhaps even some milestone payments. I expect more cash raises, with accompanying dilution, before there is commercial revenue, much less enough commercial revenue to cover expenses.

The related normal caveats apply, including volatility from the market in general and healthcare ETFs in particular.

The usual warning about clinical trials applies: nothing is guaranteed. Even a statistically significant Phase 2 trial result does not guarantee that a Phase 3 trial will pass. Phase 1 trials are mainly for safety, so even if they show efficacy, it is not solid until proven in larger scale trials.

In the case of Moderna, it is important to think about competition. There may be competition in specific indications like Zika and Chikungunya. There will certainly be competition in cancer therapies. Given that, and the timelines involved, any estimate of market share, if a Moderna therapy is approved, is preliminary at best.

We are living through a revolution in the pharmaceutical industry. While new platforms are potentially game-changing for patients and investors alike, there is a lot of overlap in some of the new platforms. Most obviously, DNA-based therapies and RNA based therapies, if and when they work, have the same basic outcome: production or suppression of particular disease-associated proteins. Older platforms like traditional vaccines and antibodies may also provide competition in some disease spaces.

RNA therapy is a space to invest in with a long-term outlook. The RNA companies could dominate many areas by 2020. Or they could be beaten out by gene therapies or fail to deliver on promises.

One reason Moderna is worth as much as it is today is because of the success of Ionis and Alnylam. A legitimate question to ask is: should Moderna carry a market cap near that of the two other companies ($10.5 billion for Ionis, $9.6 billion for Alnylam, $6.5 billion for Moderna), given that both the other companies have commercial drugs on the market. I think the most likely scenario is that they will all grow in value during the next decade, but it is impossible now to know which will do best. I am excited about RNA therapies, so I plan to own all three. I have built a position in Ionis and plan to accumulate Alnylam and Moderna as I am able to.

William Meyers
6.51K Followers
I provided stock and bond research and analysis to a small cap specialist investor, Lloyd Miller, from 2002 until his death in January 2018. For my own account I invest mainly in technology and biotechnology stocks. My technology and investment web site is openicon.com, where readers can view the notes I take to make decisions and to write articles for Seeking Alpha.
Follow

Disclosure: I am/we are long IONS. I wrote this article myself, and it expresses my own opinions. I am not receiving compensation for it (other than from Seeking Alpha). I have no business relationship with any company whose stock is mentioned in this article.