Netflix (NASDAQ:NFLX) has achieved multiple years of strong revenue and subscriber growth. Now, the company will face new competition from Disney's (DIS) new streaming service, called Disney+, which is set to launch in late 2019. I will explain why I don't think the new Disney streaming business will significantly impact Netflix's business.

I will also take a look at the investment outlook for both companies. Frankly, I don't think this is a winner take all situation. Consumers will purchase subscriptions for the content that their families enjoy the most.

Currently, Disney's content is streamed on Netflix. However, Disney is pulling its content from Netflix for its own streaming service. Disney was receiving $150 million per year from Netflix in a licensing deal.

After the completion of the Twenty-First Century Fox (FOXA) acquisition, Disney+ will also feature Fox content such as The Simpsons, Avatar, and X-Men. The acquisition completion is expected to be completed soon, probably before the launch of Disney+.

Disney does have a large amount of family-oriented content. So, I think families with young children will be quick to get subscriptions to the service. A survey by Raymond James shows that 24% of respondents are either very likely or moderately likely to subscribe to Disney+. This is projected to amount to about 16 million subscribers for annual revenue of over $1.1 billion.

Disney CEO, Bob Iger, stated that Disney+ will be priced below Netflix. That will be an attractive price point and one that can be affordable for many families to treat Disney+ as an add-on streaming service.

Will Netflix Subscribers Jump To Disney?

The reason why Disney+ is likely to be an add-on service is due to its low price, which we know is going to be less than Netflix. Some estimates have the price at $5 - similar to the ESPN+ price.

Another reason is because Netflix has its own original content, which many current subscribers are already hooked on. The likely scenario is that you'll have many families subscribing to Disney+ for their children and family viewing. At the same time, the parents will be watching their favorite Netflix shows such as House of Cards, Stranger Things, Orange is the New Black, Fuller House, etc.

A survey from Hollywood Reporter found that consumers were willing to pay $10 to $16 for an unlimited TV and movies service. Another survey shows that 33% of consumers have two streaming services and 18% have three or more. The survey also showed that, the Millennials, the largest living generation, are more likely to subscribe to at least three streaming services than other generations. 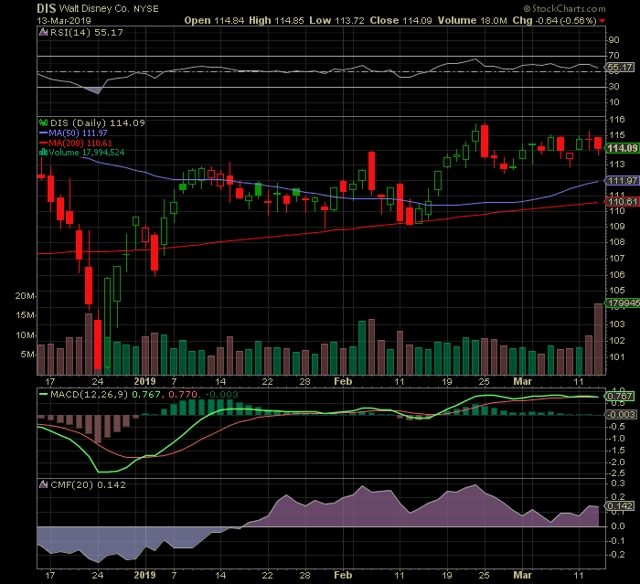 The Bottom Line Implications For Disney And Netflix

The prices of both services are low enough to have more than one streaming service. The content between both companies is differentiated enough to make subscribing to both services feasible for many families.

Frankly, this isn't like having one cable company over another. For example, some consumers live in an area that offers both Verizon (VZ) and Comcast (OTC:CMST) cable TV, internet, and phone services. Both of these companies carry similar channels and services and are not significantly differentiated. Their monthly charges are high in the hundreds per month. So, those two services are an either or business to subscribe to.

It is not necessarily Netflix vs. Disney+. It will probably be Netflix and Disney+ for many families. 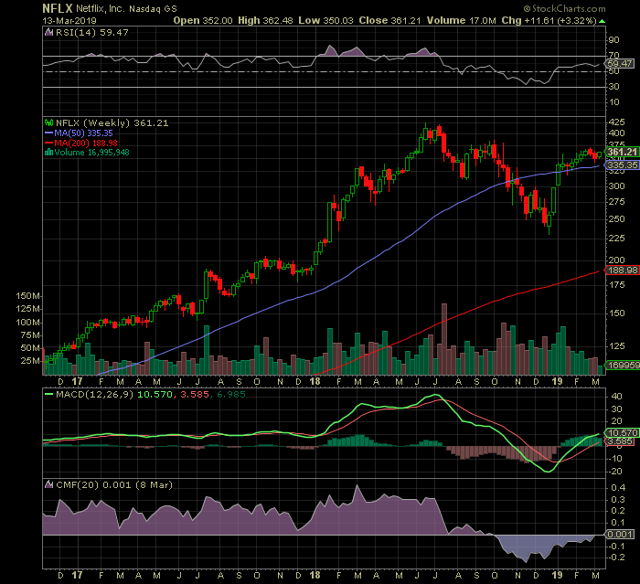 Both companies face competition from other streaming services: Amazon (AMZN) Prime, Hulu, HBO Now, YouTube TV, Sling TV, DirecTV Now, and a few others. It is important to note that Apple (AAPL) is working on launching their own streaming service with original content that can be streamed on Apple devices. So, the competition will intensify.

It is also important to note that Disney will own 60% of Hulu upon the completion of the 21st Century Fox acquisition. So, Disney will be the largest beneficiary of Hulu's revenue.

Despite the high competition, each company in this space is likely to have their own niche or piece of the pie in the market. Ultimately, consumers will choose the streaming service or services that have the content that they wish to view regularly at the price points they are willing to pay.

While there will be more competition entering the streaming space, the low price points make having multiple streaming services affordable for many consumers.

Outlook For Netflix And Disney

Netflix is already the top streaming service by revenue. The next highest competitor is Amazon Prime with Hulu in third. Disney+ is likely to rank among the top streamers as a result of the popularity and extensive library of their content. A recent survey of broadband users by TDG showed that 43% of adults are likely to sign up for Disney's streaming service.

I expect Netflix to continue growing their streaming service. The reason for this is because of the original programming that resonates with viewers. Netflix has an international growth strategy that allowed them to expand into 190 countries in 7 years. This demonstrates Netflix's ability to succeed. This track record makes it likely that the company will continue to grow in new regions with their expertise in content and expansion.

Disney is another original content producing king. I expect Disney's upcoming streaming service to thrive as a result of their strong offering of quality movies and other content.

The bottom line is that I don't see Netflix losing subscribers as a result of the new Disney+ service. Disney+ is more likely to be an add-on service as a result of the low price point and differentiated content between both services.

I contribute to Kirk Spano's Margin of Safety Investing where we offer a more in-depth analysis of individual companies.

Try Margin of Safety Investing free for two weeks and get your first year for 20% off.

Learn our 4-step investment process that top hedge funds use.

Invest with us in a changing world that demands a margin of safety.

Through diligent analysis, he is ranked in the top 1% of blogging analysts on Tipranks.com for performance and accuracy. David previously contributed to Kirk Spano's Margin of Safety Investing [MoSI] Marketplace Service and Risk Research Inc.

David focuses on growth & momentum stocks that are reasonably priced and likely to outperform the market over the long-term. He is a long term investor of quality stocks and uses options for strategy.

He wants to help make people money by investing in high-quality growth stocks.

Disclosure: I am/we are long DIS, ARKW, AAPL. I wrote this article myself, and it expresses my own opinions. I am not receiving compensation for it (other than from Seeking Alpha). I have no business relationship with any company whose stock is mentioned in this article.

Additional disclosure: The article is for informational purposes only (not a solicitation to buy or sell stocks). David is not a registered investment adviser. Kirk Spano is an RIA. Investors should do their own research or consult a financial adviser to determine what investments are appropriate for their individual situation. This article expresses my opinions and I cannot guarantee that the information/results will be accurate. Investing in stocks involves risk and could result in losses.