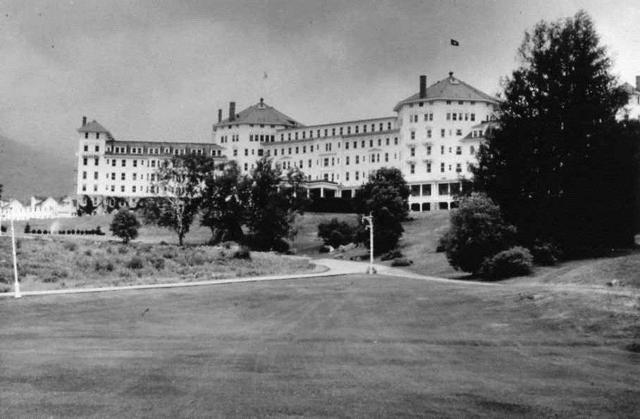 In their 75 years of existence, the twin institutions born at the Bretton Woods Conference have undergone adaptation and transformation in response to the evolution of the world economy and the challenges it has posed to them.

The IMF was created and continues to have as its primary function safeguarding international monetary stability. But its functions and instruments changed as the international monetary system abandoned the regime of fixed and adjustable exchange rates in 1971-1973, international capital mobility expanded, and the IMF became a monitor of the world economy, a crisis manager, and a coordinator of programs for rescuing countries using the institution's resources.

The World Bank, in turn, was established for the financing and technical support of investment projects in the reconstruction of countries devastated by the Second World War and in developing countries. Over time, as high-income economies graduated and exited as clients, it expanded the focus on the intermediation of concessional resources to low-income economies. However, as financial globalization proceeded, the share of World Bank resources shrank relative to the global flows of private capital to developing economies.

The two institutions, in addition to their role as sources of financing for countries with short-term deficits and/or long-term financing needs, in conjunction with regional development banks, also started to operate in policy advice, as a catalyst for financial flows and private investments, as hubs of knowledge and data collection, as well as with their advocacy and support in the provision of global public goods.

The twins were complemented by another post-war institution: The General Agreement on Tariffs and Trade - expanded and re-established as the World Trade Organization (WTO) in 1995 - which provided a framework for promoting free trade based on rules and mechanisms of dispute resolution.

More recently, three changes in the international order have imposed a new round of challenges to those institutions: the emergence of new geo-economic poles; the prominence of nationalist policies in relation to multilateralism and fragmentation in the system of plurinational institutions.

The emergence of new geo-economic poles has brought a challenge to the governance structure of the twin institutions. As the largest contributors of financial resources to them, members/shareholders from North America, Europe, and Japan maintained their domain, while China's economic openness and the fall of the Soviet empire made such institutions effectively global.

Globalization has brought strong expansion and per capita income convergence in emerging economies - especially China and other Asian countries. It has also brought about the deepening of interdependence in trade, private capital flows, and exposure to global systemic events. With the interdependence and the reduction of the gap between those economies and major shareholders/members, the pretension to change that structure of governance also grew.

The perception that the performance of such institutions would inevitably reflect the predominant balance of power in their governance was reinforced by the resistance of major shareholders/members to significant changes in voting and capital structures. The perception of "double standards" in IMF operations during the Asian crises - inflexible in the emphasis on fiscal adjustments considered unnecessary - and in the eurozone - when the IMF accepted European pressure for financing Greece despite the clear need to restructure its public debt - was also strongly reinforced.

Initiatives to build alternatives already occurred in the wake of the Asian crisis. The prolonged real devaluation of exchange rates by Asian countries, in addition to strengthening processes of export-led manufacturing growth, served to generate continuous current account surpluses and the accumulation of international reserves as a mechanism of self-insurance. In the same direction, the Chiang Mai initiative sought to establish an agreement for sharing foreign exchange reserves for mutual support of balance of payments between countries in the region.

The creation of the New Development Bank and an arrangement for sharing foreign exchange reserves by BRICS, as well as the Asian Infrastructure Investment Bank under China's leadership, can be seen as a reaction to the perception of resistance to changes in governance and sizes of the Bretton Woods institutions. Along the same lines, other regional institutions led by emerging economies - the Islamic Development Bank, the Andean Development Corporation, and the Eurasian Development Bank - underwent capital increases.

Another source of challenge comes from the recent prominence of nationalist pressures to the detriment of multilateralism in large shareholders/members of the institutions. The US option in the Trump government for bilateralism and trade wars, instead of the plurilateral trade negotiations of the Obama era, as well as Brexit and the rise of anti-immigration movements in continental Europe, reflected a perception that progress in emerging economies has been to the detriment of jobs in traditional sectors for a portion of the population in those countries.

This fueled pre-existing tensions about development assistance through the twin Bretton Woods sisters. In the IMF's case, despite the US Congress's approval in 2015 of the quotas increases agreed in 2010, there has been a sharp decline in its stockpile as a proportion of external liabilities in the global economy.

On the side of the World Bank, it is no coincidence that the basis of donor country contributions in the last three-year round of fundraising for IDA's concessional finance windows was lower than in previous times - a fact only disguised by permission granted to the Agency to use the repayments of old loans and issue debt securities to expand its resource envelope. In turn, the capital increase agreement for the World Bank's IBRD and IFC arms last year, in addition to being small enough to avoid dilution of portions of major shareholders, was stricken with targets of relative containment on lending flows to upper-middle income countries, such as China, Brazil, Mexico, and others.

Such a limitation tends to have two consequences: in addition to the operations with these countries being a special source of transferable learning for the other client countries, the ability of both IBRD and IFC to leverage their equity through the issuance of debt securities will lose the favorable risk-return profile of operations with these countries. The World Bank's decline in terms of relative size tends to remain.

Fragmentation of the plurinational system of institutions

The fragmentation of the plurinational system of institutions is a third source of challenge for the twin sisters, largely as a consequence of the previous two. In addition to the multiple emergence of new development banks, there has been a proliferation of "vertical" funds and competition from other funding and assistance channels by NGOs, foundations and private investors.

The proliferation and reinforcement of institutions and channels parallel to the Bretton Woods twins provided them with challenges in terms of resource allocation, coordination, and consistency on cross compliance requirements in their operations. This challenge was amplified by the expansion of bilateral financing by emerging countries, particularly China.

The three sources of challenges tend to remain into the near future. Just remember that last year, prior to the agreement on a deal of a capital increase package for IBRD and IFC, future World Bank President David Malpass in a testimony to the US Congress defended the graduation of China and other upper-middle-income countries in the IBRD as a pre-condition for any capital increase. The package finally agreed among shareholders already contemplated some containment - strongly supported by other major shareholders like UK, France, and Japan - but now attention will move on to its implementation. The US-China confrontation around the 2019 Meeting of the Inter-American Development Bank - which should have taken place last month in Chengdu, China, and was cancelled in the eve - may have been a harbinger of a battleground ahead inside those institutions. Much attention shall also be dedicated to the fulfillment of commitments regarding climate change-related operations included in the World Bank capital package.

Among development banks, although examples of cooperation and co-financing have been seen in specific projects, the search for harmonization and convergence of standards tends to be hampered by the low tide of multilateralism. Difficulties to adjust financial resources available to the twin sisters should also remain. They will have to mutate and adapt to operate in a context of institutional fragmentation and possible arm-breaks between shareholders/members to continue fulfilling their missions.

Otaviano Canuto is principal of the Center for Macroeconomics and Development, a senior fellow at the Policy Center for the New South and a nonresident senior fellow at Brookings Institution. He is a former vice-president and a former executive director at the World Bank, a former executive director at the International Monetary Fund and a former vice-president at the Inter-American Development Bank

Otaviano Canuto
462 Followers
Otaviano Canuto, based in Washington, D.C area, is a senior fellow at the Policy Center for the New South, professor at George Washington University, principal of the Center for Macroeconomics and Development and a non-resident senior fellow at Brookings Institution. He is a former vice-president and a former executive director at the World Bank, a former executive director at the International Monetary Fund and a former vice-president at the Inter-American Development Bank. He is also a former deputy minister for international affairs at Brazil’s Ministry of Finance and a former professor of economics at University of São Paulo and University of Campinas, Brazil.He has authored and co-edited 8 books and over 160 book chapters and academic articles, and is a frequent contributor to numerous blogs and periodicals.
Follow