As the global markets race to launch the first 5G networks, Verizon Communications (NYSE:VZ) announced the surprise launch of a 5G network in two cities that means absolutely nothing to the stock. All of the major operators lack key devices in order to really launch 5G services, delaying meaningful revenues until back in 2021. The stock will keep spinning its wheels here. 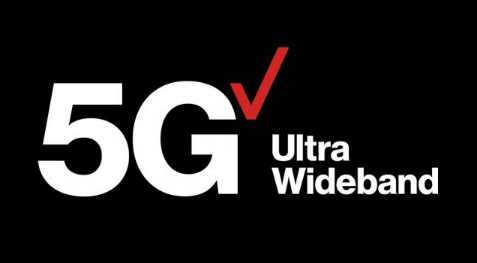 On April 3, Verizon announced the launch of 5G ultra wideband services in Chicago and Minneapolis. The cities are the first in the world to get 5G-enabled smartphones connected to a 5G network. The company barely beats out Samsung (OTCPK:SSNLF) that will launch the Galaxy S10 in Korea on April 5.

Verizon planned on launching the service on April 11 with a pre-announced, $10 add-on fee for the 5G service after three months of free service. The networks in Chicago and Minneapolis have limited coverage, meaning that most customers will remain in 4G LTE mode most of the time, regardless of having a 5G smartphone.

The company still plans on launching 5G service in 30 cities this year, but the key is the coverage area in those cities. The interesting part is the decision to focus on downtown areas and landmarks where consumers either infrequently visit or likely have access to Wi-Fi networks. The bigger demand would likely be during commutes along major transportation hubs. Either way, Verizon didn't provide population coverage metrics limiting the value of the release data and suggesting that the coverage area is actually rather small.

AT&T (T) technically launched 5G services late last year, but the company lacks any smartphone devices to actually use the high-speed mobile network. Even Verizon only launched the network with a Motorola Moto Z3 device, but at least this smartphone beats a mobile hotspot from AT&T.

The key to the domestic market is the launch of a 5G network in conjunction with a Samsung Galaxy or Apple (AAPL) iPhone. Neither is ready yet and some suggestions have the iPhone slipping beyond 2020 due to lack of a processing chip and an unwillingness to work with Qualcomm (QCOM) for now.

The Samsung Galaxy S10 is set for a small exclusive launch with Verizon here soon. According to Evan Blass, the Galaxy S10 launch date on Verizon is May 16.

The phone is expected to cost $1,200, further reducing the scale of the 5G launch momentum. Both T-Mobile (TMUS) and Sprint (S) are expected to gain access to the Galaxy S10 5G by the 2H'19 again limiting any momentum that Verizon could obtain in the 5G race.

CEO Hans Vestberg confirmed on CNBC that 5G service would have limited impact on the business until 2021. The wireless giant just doesn't have the exclusivity to a legitimate phone on a wide enough network to drive new subscribers that materially impact annual revenues over $130 billion.

Analysts have 2020 revenues growing by $1.8 billion that might be aggressive, if requiring 5G mobile revenues to meet the target.

Research firms like CCS Insight (via FierceWireless) only see the North American market having 14 million 5G connections by 2020. The mass adoption doesn't occur until 2021 to 2022.

In such a scenario, Verizon won't garner the 9 million subscribers needed next year to generate $1 billion in additional revenues. Even worse, by 2021 Verizon might not be able to charge the extra $10 for the service with an aggressive T-Mobile/Sprint in the picture.

The key investor takeaway is that it's far too early to celebrate the launch of 5G considering such limited availability at this point. Show me a network with a top-notch smartphone and expanded service areas before a stock like Verizon could breakout from recent resistance near $60. In all material aspects, Verizon hasn't really launched a usable network yet that will contribute to the bottom line and may never, if the company doesn't come up with a better monetization plan.

Stone Fox Capital
38.31K Followers
Author of Out Fox The Street
Out Fox the market with misunderstood, high reward opportunities
Stone Fox Capital Advisors, LLC is a registered investment advisor founded in 2010. Mark Holder graduated from the University of Tulsa with a double major in accounting & finance. Mark has his Series 65 and is also a CPA.

Disclosure: I am/we are long T, AAPL. I wrote this article myself, and it expresses my own opinions. I am not receiving compensation for it (other than from Seeking Alpha). I have no business relationship with any company whose stock is mentioned in this article.

Additional disclosure: Disclaimer: The information contained herein is for informational purposes only. Nothing in this article should be taken as a solicitation to purchase or sell securities. Before buying or selling any stock you should do your own research and reach your own conclusion or consult a financial advisor. Investing includes risks, including loss of principal.