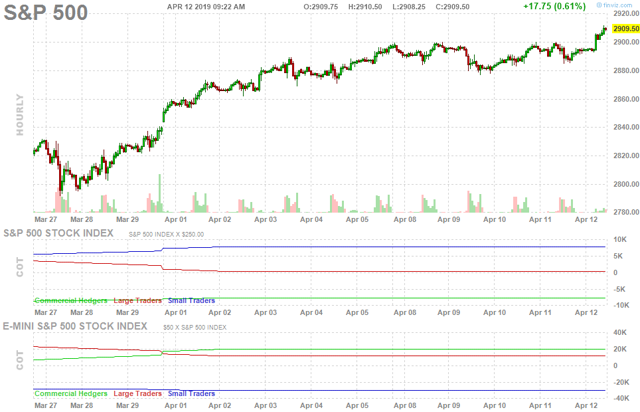 At 4 AM, the week turned positive in the Futures.

A bit later, it was announced that Chevron (CVX) was buying Anadarko (APC) for $33Bn AND CVX will spend another $5Bn buying back 2% of their own stock. That's pumping up the energy sector into earnings season as APC is getting a 44% premium to yesterday's close, which is an indicator that the energy sector stocks may be underpriced by quite a bit or it's simply a play to capture Natural Gas assets (NG), which we are long on.

In our Long-Term Portfolio, we have an aggressive position on Chesapeake (CHK), which we thought was very undervalued at $2.50 and our net $0 position is already up $3,425 but still has plenty of room to grow as it pays $15,000 at $5, so a potential triple from here if all goes well:

CHK has 1.5Bn barrels of oil equivalent reserves, 80% of which is NG, which is the same as APC but you can buy CHK for $5Bn - as long as you are willing to assume their $9Bn in debt. But still, $14Bn is a lot less than $33Bn, so we are loving our CHK position! CHK is also a position in our Options Opportunity Portfolio - with positions we published over at Seeking Alpha.

As a new trade on CHK, I would go with:

We survived this week's data and we have some bank earnings today and JPMorgan (JPM) already announced a beat and that Dow component is up 2.5%, so, now, Bank Stocks and Energy Stocks are heading higher. I don't think we're out of the woods yet and we'll once again be taking some of our ill-gotten gains and adding more hedges. 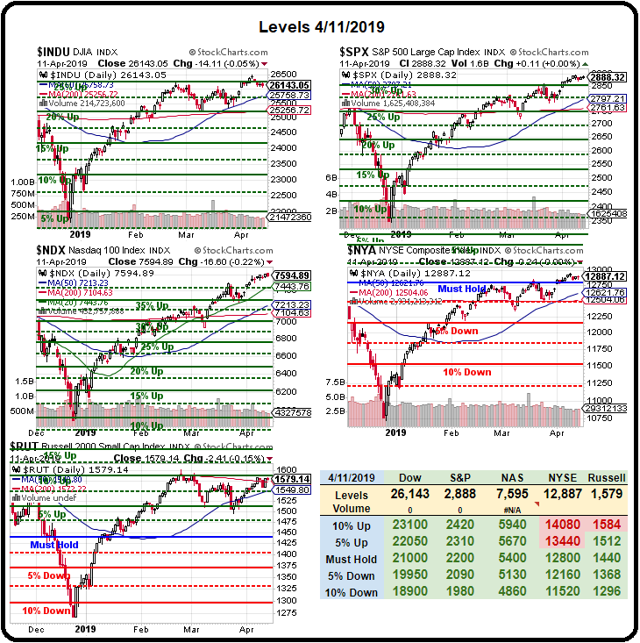 Our hedges from last Tuesday are cheaper now than they were then, but I couldn't sleep over the weekend without them protecting our portfolios.

Philip Davis
66.41K Followers
Philstockworld.com is the fastest growing stock and option newsletter on the Web. "High Finance for Real People - Fun and Profits" is our motto and our Basic and Premium Chat Sessions offer readers a chance to speak to Phil live during the trading day as well as authors like Optrader, Sabrient, Income Trader and Trend Trader - who send out Alerts during the market sessions and discuss trade ideas live with Members. We even have a new low-cost "Trend Watcher" Membership that lets readers view our chat sessions without directly participating a great solution for people who want to test-drive the site and profit from our experience! Trend Watchers get to view all of our Chat Archives, weekly Webinars - as well as the amazing PSW Wiki, which gives you Phil's recent opinions and trade ideas as well as technical and fundamental analysis of hundreds of stocks that we follow. Philip R. Davis is a founder of Phil's Stock World (www.philstockworld.com), a stock and options trading site that teaches the art of options trading to newcomers and devises advanced strategies for expert traders. Mr. Davis is a serial entrepreneur, having founded software company Accu-Title, a real estate title insurance software solution, and is also the President of the Delphi Consulting Corp., an M&A consulting firm that helps large and small companies obtain funding and close deals. He was also the founder of Accu-Search, a property data corporation that was sold to DataTrace in 2004 and Personality Plus, a precursor to eHarmony.com. Phil was a former editor of a UMass/Amherst humor magazine and it shows in his writing -- which is filled with colorful commentary along with very specific ideas on stock option purchases (Phil rarely holds actual stocks). Visit: Phil's Stock World (www.philstockworld.com)
Follow

Disclosure: I am/we are long CHK. I wrote this article myself, and it expresses my own opinions. I am not receiving compensation for it. I have no business relationship with any company whose stock is mentioned in this article.