As noted in last week’s NG Weekly, our primary inference for this week’s auction was for sell-side activity, following last week’s balance development near key support, 2.63s. This probability path did play out as early week selling interest drove price lower to test 2019 major demand, ultimately driving price through this area to 2.48s ahead of Thursday’s close, settling at 2.48s, a near two-year low. 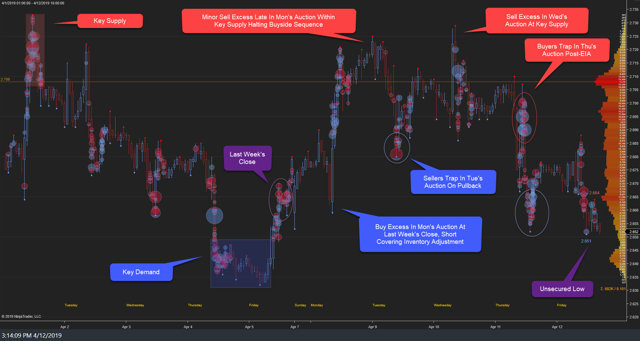 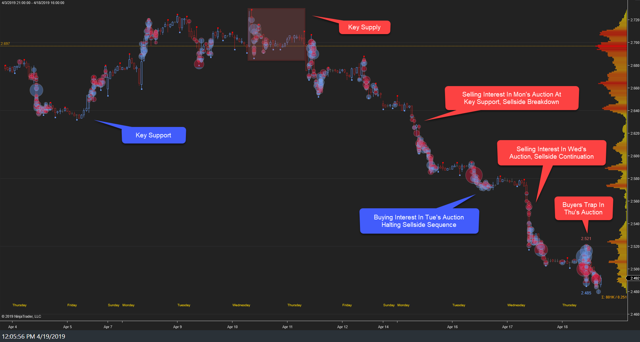 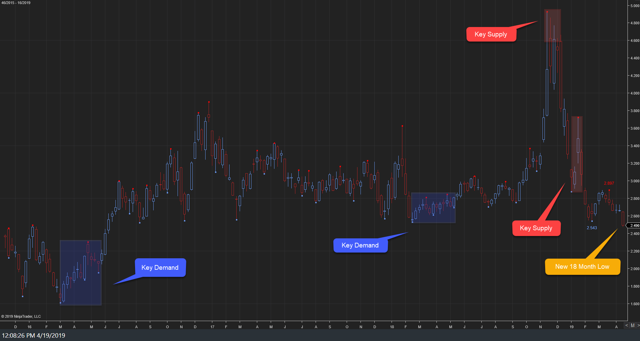 It is worth noting that despite the approximately 48% decline from the November 2018 high, no material Managed Money (MM) short posture is yet present. MM short trend began a trend higher in February. It is only with materially larger MM short posture that the market has seen structural lows develop in recent years. This development occurs amidst continued declining market leverage (Open Interest). Based on recent years’ data, current MM posture is not consistent with MM posture that typically contributes to the formation of a structural low. Despite expectations of higher prices, participants have yet to go all-in with a bearish premise. The larger key demand, 2.20s-1.50s, will likely be tested before a structural low can be developed. 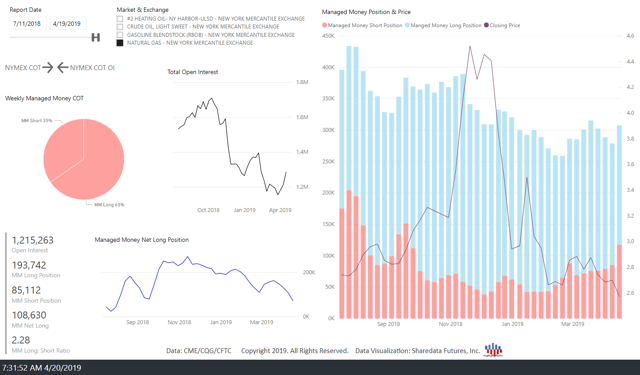