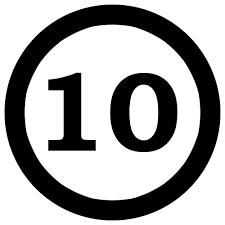 In the past few days I received several notes thanking me for my November 1st article titled 10 Arbitrage Stocks to Buy as Market Wobbles. With the USG Corp (USG) merger now closed, that means all 10 of the deals I recommended have closed. At the time of the article at least half of the 10 were up in the air at best.

As I write now, unlike in November, the stock market has been advancing. But with the major indexes at former highs this could be a time the market pauses, corrects or even reverses.

One way to play uncertainly is to buy M&A stocks. Here are 10 that I feel have good value now.

*Does not include CVR

10 Deals I Am Buying

CELG-The Bristol-Myers Squibb (BMY)/ Celgene (CELG) spread was in the teens after Wellington Management, the largest institutional holder of Bristol’s common stock at about 8 percent, opposed the tie-up and Starboard Value sent a letter to BMY shareholders saying the proposed merger was ill advised. Despite all that, BMY shareholders voted to approve and the spread sank to 5% and has bled down to just 2% now. Putting the spread on when deal doubt was present was a great trade, but even now the IRR is almost 6% and that doesn't include a CVR which is part of the deal. The CVR will be tradeable and worth $9 upon FDA approval of three drugs. If one of the drugs doesn't receive approval the CVR will be worthless. The deal is on a second request from the FTC and is expected to close in the third quarter.

FDC-Speaking of 2nd requests, the First Data (FDC)/Fiserv (FISV) merger is on one from the DOJ. But that is why there is a spread and a nice IRR. I wasn't surprised by the second. And the companies likely weren't either considering they guided to a second half close in the merger announcement press release. Closing is still expected sometime in the second half of this year.

GNW-How long has it been since the announcement of the Genworth (GNW) buyout? Barack Obama was the President. The deal just crossed its 2 1/2 year mark with the ending unclear. Many approvals have been granted over that time span but Canada is still outstanding. In addition, China Oceanwide will need to receive clearance in China for currency conversion and the transfer of funds. The merger deadline is April 30 unless it is extended which it has already been nine times. The current market prices are putting the odds of deal completion quite low. But as arbs know there are mergers that have huge spreads that do in fact close. Hutchinson Technology comes to mind.

MLNX-The Mellanox (MLNX)/Nvidia (NVDA) merger doesn't have a great IRR but it is still worth playing in my opinion. I am also juicing the return by using the options market. Regulators in the United States and China need to bless the deal. The companies expect closing by the end of the year.

ONCE-Spark Therapeutics (ONCE) is weighing on arbitrageurs' minds. Two months ago Roche (OTCQX:RHHBY) agreed to acquire Spark for $114.50. Since then the tender offer has been extended twice, now expiring on May 2. On April 2, Roche withdrew its Premerger Notification under the Hart-Scott-Rodino Act and subsequently refiled it. HSR now expires after trading on Thursday April 25.

RHT-IBM (IBM) is buying Red Hat (RHT) for $190. In early March the DOJ sent the companies a second request, and Europe must sign off as well. However regulatory approval is widely expected. Closing is slated for the second half of the year. The IRR is decent and if closing occurs in the third quarter or early fourth the IRR would be double digits.

UQM-This is a smaller deal with a big IRR. UQM Technologies (UQM) is being bought by Denmark-based Danfoss for $1.71. Shareholders voted for the merger this week. CFIUS approval is needed. The deal is expected to close this quarter.

We will now work to complete the final government approval with CFIUS to conclude the acquisition-Joe Mitchell, President and Chief Executive Officer.

UWN- Nevada Gold & Casinos (UWN) agreed to a sale to privately held Maverick Casinos back in mid-September. Closing was supposed to occur in 4Q of last year but the parties are still waiting to obtain approval from the Washington State Gambling Commission. The companies have extended the termination date to July 15. The spread is very attractive.

VSM-Versum Materials (VSM) terminated its all-stock deal with Entegris (ENTG) and instead is selling itself to Germany's Merck KGaA for $53 in cash. Merck had offered $48 in cash but came over the top with the higher bid to lock up Versum. HSR is already done and Merck has said they don't anticipate any regulatory issues. Closing is slated for the second half of this year.

FNSR-II-VI (IIVI) and Finisar (FNSR) are in the late stages of their cash and stock election merger. There isn't much spread here but the IRR makes this one worth it. The merger filing is under review in China by the State Administration for Market Regulation. The companies expect completion mid year.

Author's note: If you enjoy merger arbitrage, tender offers, exchange offers, spin-offs, liquidations and odd lots, please consider following me by clicking on the "Follow" button on top of this page.

Disclaimer: The above article is intended to provide my opinion to interested readers. To the best of my knowledge, the information presented above is factual but its accuracy cannot be guaranteed. The article should not be regarded as a complete analysis of the subjects discussed. All expressions of opinion reflect my judgment as of the date of publication and are subject to change. Readers are strongly encouraged to complete their own due diligence on any stock or option mentioned in this article before investing. I have no knowledge of individual investor circumstances, goals, portfolio concentration or diversification. I am not a licensed investment adviser. The information contained in this article is provided for general informational purposes and is not a substitute for obtaining professional advice from a qualified person, firm or corporation. Merger arbitrage is a risky strategy because there is significant downside in the event of most deal rejections.

Disclosure: I am/we are long CELG, RHT, FDC, ONCE, MLNX, GNW, VSM, UQM, UWN. I wrote this article myself, and it expresses my own opinions. I am not receiving compensation for it (other than from Seeking Alpha). I have no business relationship with any company whose stock is mentioned in this article.

Additional disclosure: I also have options on almost all on the above stocks.