Active weather pattern expected to continue across the southern Plains and Lower Mississippi Valley through week 2.

Weather to turn more favorable for farmers week 2 across the northern corn belt in the medium range.

With Sunday's announcement of trade tariffs on China, selling pressure will increase on the grain markets, specifically corn and soybeans.

Trade concerns will drive the markets lower this week; weather will turn favorable for spring wheat producers (over next couple of weeks) and northern belt farmers (week 2)

Grain futures were seen lower pre-market Sunday evening amid threat of tariffs on China coming late week. The U.S. July corn futures were seen pre-market down 2.90% to $3.5938. July soybeans were down 2.11% to $8.2362, and July wheat was down 1.18% to $4.2838. Figure 1 below is a price trend chart of the front-month July futures contract for soybeans since Friday. 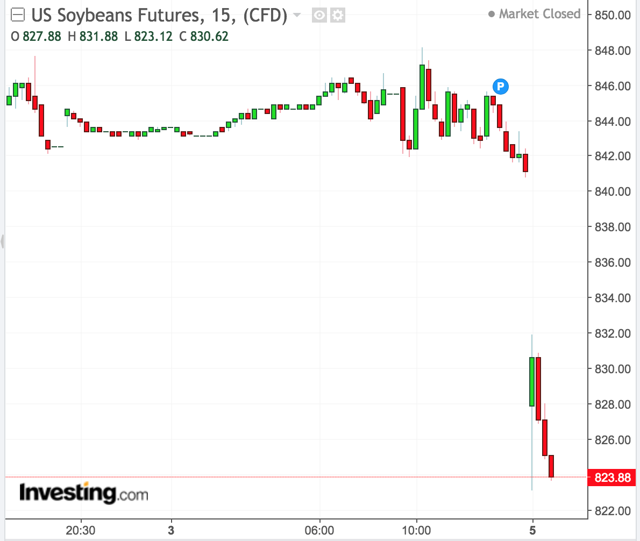 Figure 2 below is a price trend chart of the front-month July futures contract for corn since Friday. 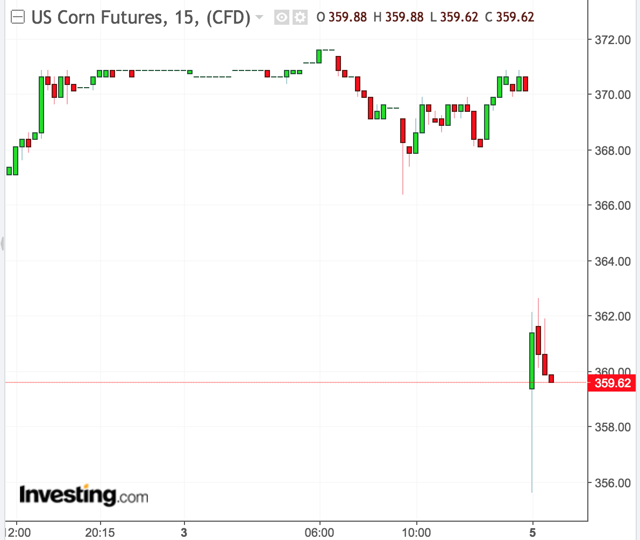 On the weather front, the pattern will remain active (stormy) across the central U.S. over the next 7 days. The storminess does subside in week 2 or in the 8-14 day across much of the corn/soybean belts. The next two weeks prove favorable for spring wheat as precipitation will be near normal levels. Overall, spring wheat planting progress should begin to pick up in the coming reports, while areas across the southern U.S. or southern corn/soybean belts (namely Texas and the Delta) will likely see progress stalled or slowed. Much of the corn/soybean belts in week 2 will see improvements. Figure 3 is a map showing the seven-day accumulated precipitation forecast across the Lower 48. 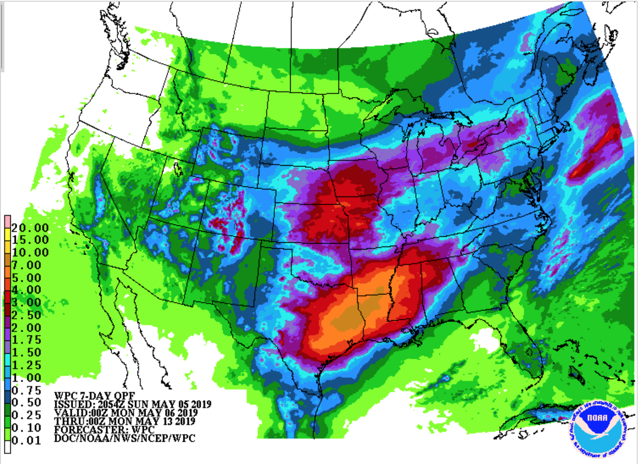 Figure 4 is a map from the 12z GFS ensemble depicting wetter-than-normal (in green) precipitation over much of the corn and soybean production centers, and drier than normal (in yellow) conditions over the spring wheat belt over the next seven days. 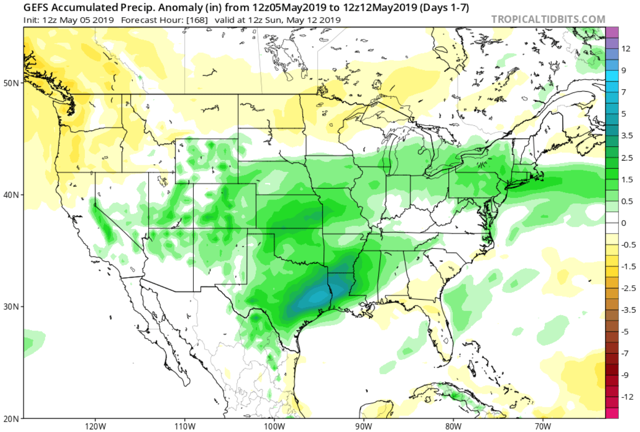 Figure 5 is a map from the 12z GFS ensemble depicting drier-than-normal (in yellow) precipitation over much of the corn, wheat, and soybean production centers, in the 6-12 day outlook. 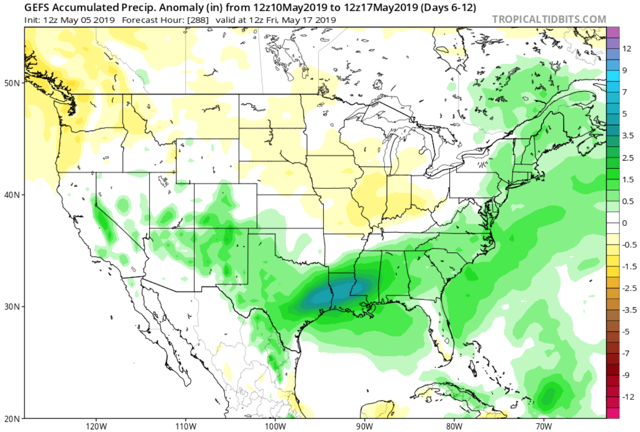 The lead driver, however, will be the news on the likelihood of trade tariffs being placed on China. On Sunday, President Donald Trump announced he will hike U.S. tariffs on $200 billion worth of Chinese goods this week and target hundreds of billions more soon.