Even with decline in unemployment rate, the rate of inflation has remained subdued that contradicts key economic principles.

Worsening demographics is one of the key concerns for the United States with a declining labor force participation rate.

The healthcare sector is likely to be an attractive investment theme for the coming decade.

In general, when individuals or investors look at the headline unemployment rate of 3.6%, it seems to be a number associated with robust growth, strong corporate activity and new jobs being created in the economy. While there is no doubt that the United States economy has gained significant traction in the last few years, an unemployment rate of 3.6% is a concern more than a reason to be bullish. This article will discuss the trend in inflation and unemployment and its implication on US economic growth for the medium to long-term.

What is interesting to note is that the US economy indicates that it is in an inflationary gap in terms of the unemployment rate. However, inflation has been subdued in the economy and remains one of the key concerns for the policymakers.

The point I am making can be illustrated with a basic aggregate demand and aggregate supply model for the US economy, the chart below gives the AS-AD model. 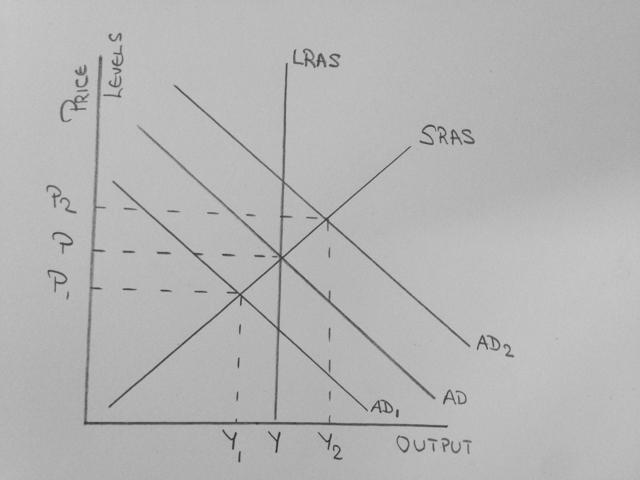 With expansionary monetary and fiscal policies, the aggregate demand curve (representing real GDP) moved to the right from AD1 to AD. At point B, the economy is at potential output with price level higher at P and output at Y. Also, at point B, the economy should be at the natural rate of unemployment.

However, the rate of unemployment is 100 basis points lower than the natural rate of unemployment. This would ideally suggest that the economy has moved from Point B to Point C where the economy is producing above potential output and inflation is higher than the inflation level at point B. This makes sense since tight labor markets would imply higher wages and robust employment would also imply higher consumption and investment spending.

The reality is that inflation has remained subdued even when unemployment is at 3.6%. The Phillips Curve also seems redundant here. 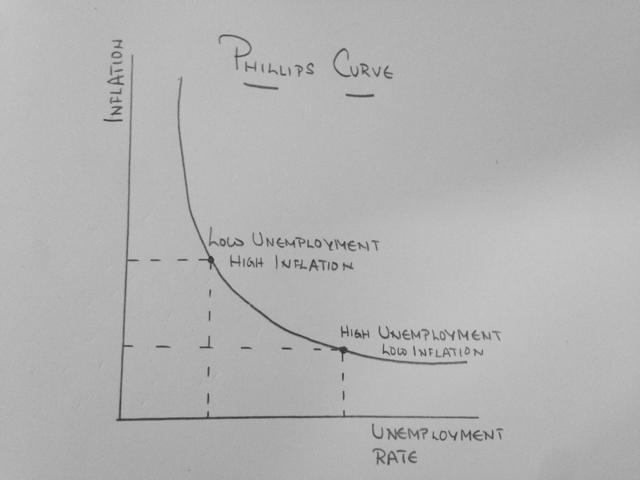 With declining unemployment, inflation should trend higher according to the Phillips Curve, but that has not been the case with the US economy.

If there is a single factor that can explain the failure of these models, it is the demographics in the United States.

To discuss the negative economic implications, it is worth taking a second look at the AD-AS model. In the AD-AS mode, the long-run aggregate supply curve shifts to the right (increase in potential output level) if there is innovation, increase in labor force or an increase in capital. On the other hand, it shifts to the left (decline in potential output level), due to decline in labor growth, productivity or innovation. In the case of United States, the LRAS curve has possibly shifted to the left due to decline in the labor force. This explains why inflation remains subdued even with unemployment data suggesting the economy should experience inflationary pressure. 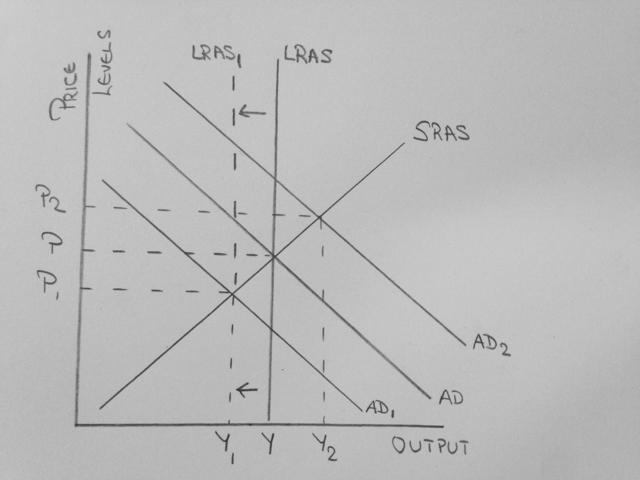 Theory aside, there are serious implications for the US economy in the medium to long-term. Some of the key concerns are as follows -

With these concerns, I am of the option that steady GDP growth rate in the United States will trend lower as compared to the previous few decades. It is important to note that this is a relatively long-term view, but portfolios need to be adjusted to discount these concerns.

It is being estimated that healthcare spending will increase to 19.4% of GDP by 2027. I believe that the healthcare theme is one of the best for steady returns over the long-term. Just to put things into perspective, the Vanguard Healthcare ETF (VHT) has provided returns of 9.68% on an annual basis since inception in 2004. Importantly, returns in the last 5-years have averaged 11.30% on an annual basis.

This is in sync with steady increase in healthcare spending in the United States, which is likely to sustain for the next decade. It would not be surprising to see the Vanguard Healthcare ETF provide returns of 8% to 12% on an annual basis for the next 5-10 years. Investors will therefore be positioned for healthy returns (adjusted for inflation).

Another important point to note about the Vanguard Healthcare ETF is that the ETF has a low beta. The table below gives the top ten holdings for the ETF and the respective stock beta. 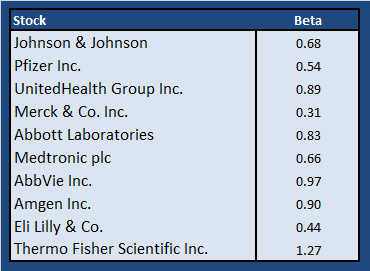 Considering global economic uncertainty related to trade wars, it would make sense to consider exposure to an ETF that has low beta than a high beta ETF. Since beta represents the systematic, risk, the healthcare sector (as a whole), is relatively less sensitive to these systematic risks.

The decline in labor force is one of the biggest challenges faced by the US economy as it impacts several components of the GDP. However, amidst challenges, there are investment opportunities and the healthcare sector is likely to remain attractive for investment in the next 5-10 years.

Follow Disruptive Investor and get email alerts
+
Add a comment
Disagree with this article? Submit your own.
To report a factual error in this article, click here.
Your feedback matters to us!