Note: This article was first published to HFI Research subscriber. This is part of our new Oil Market Fundamental daily report.

Oil prices are pulling back slightly today with Brent underperforming WTI and narrowing the Brent-WTI spread. The move today appears to be speculators dumping long positions going into the OPEC+ JMMC meeting. In the case of surprises, speculators are taking the cautionary stance of being on the sidelines. While, on the macro front, it appears the China/US trade war is heating up leading to lower risk appetite for those betting on oil prices.

But, on the physical market, the divergence continues with the Brent 1-2 timespread moving up, while Brent 2-3 is flat on the day despite the sell-off. WTI timespreads are also improving, which might indicate that storage draws are coming, although the spreads are still in contango, which is still an illustration that the US crude market remains oversupplied. 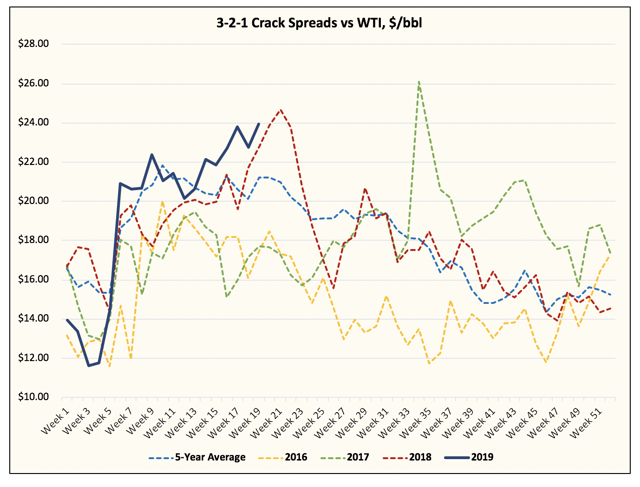 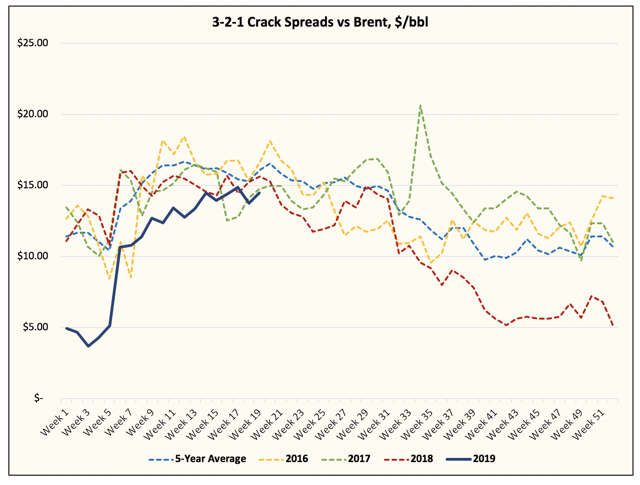 As you can see from the charts above, the physical oil market remains healthy despite headline macro concerns. Whatever financial speculators are doing today, the physical oil traders are completely ignoring. For the US market, we know that unplanned outages continue to dampen US refinery throughput which has led to crude builds over the last month. But this is going to change within the next few weeks as high 321 crack spreads indicate higher refinery runs. 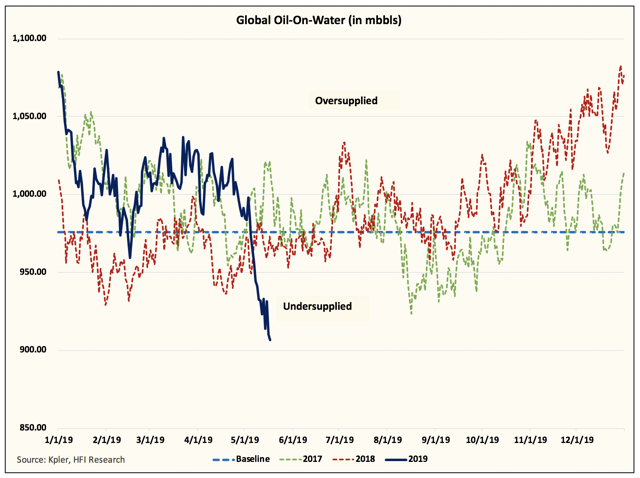 But this confirms the physical oil market's appetite for crude as a lack of oil-on-water just means less supplies globally. As global refineries ramp up into the summer, the physical oil market situation will only get tighter and tighter, which will eventually translate into higher financial oil prices. Our view is that the algos, along with energy investors, are staying on the sidelines until they see evidence of storage draws, but especially in the US. Once US storage starts to drop, that's when the fund flows will return.

For our UWT trade, we remain long and holding till $69 to $70/bbl target. The steep backwardation in the Brent timespreads tells us we are about to witness the largest crude drawdown since 2011. 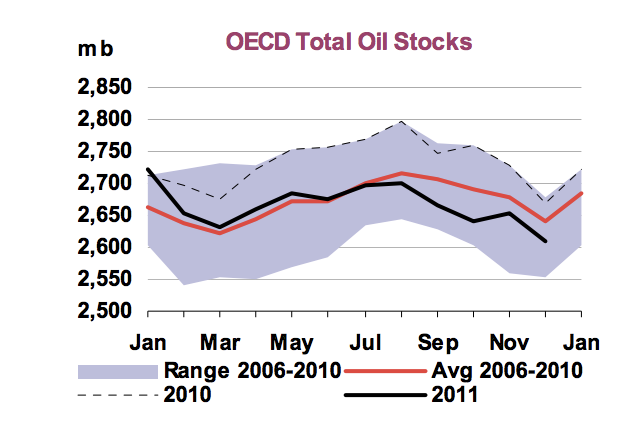 Thank you for reading this article. We recently launched our oil trading portfolio along with the HFI Portfolio. The oil trading portfolio is designed to take advantage of short-term long/short oil trades in the market. For readers interested in our positioning along with real-time trades, we are now offering a 2-week free trial. Here are the results so far: 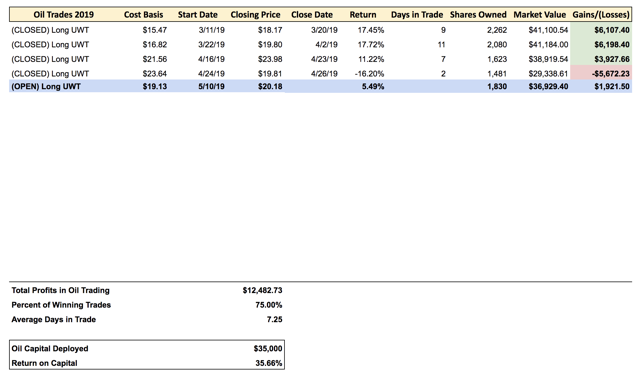 Disclosure: I am/we are long UWT. I wrote this article myself, and it expresses my own opinions. I am not receiving compensation for it (other than from Seeking Alpha). I have no business relationship with any company whose stock is mentioned in this article.