Green Dot Corporation is a true financial technology company, offering bank holding services for consumers, as well as a banking platform for various companies. They're known as the inventor of the prepaid debit card and are the largest provider of reloadable prepaid debit cards and cash reload processing services. They are also the largest processor of tax refund disbursements in the US through TPG, and a leading provider of mobile banking through GoBank.

The company offers "Banking as a Service" (BaaS) through an enterprise cloud banking platform, which has experienced a 300% CAGR since 2016. This includes a variety of different banking services, including deposit account programs and checking accounts, as well as money transfer and processing and settlement services. 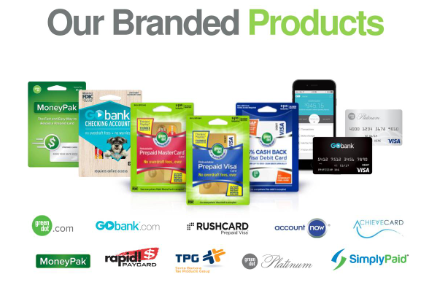 GDOT is a first-mover in the competitive consumer finance industry, especially with their Banking as a Service (BaaS) API. They have key relationships with market leaders, including Walmart and Apple, and do corporate payroll for 2,500+ customers, including Nordstrom and Rite-Aid.

The company recently experienced a dramatic decline in price due to an accelerated investment in their BaaS program and aggressive, streamlined marketing techniques. Due to this recent decline, and the distribution, innovation, and pricing capabilities of GDOT, the company is currently undervalued by the market and is a great buy.

Green Dot has a unique position in the consumer finance space, but they are not without challengers. Several companies offer some sort of variation of the services that GDOT provides. GDOT has underperformed their competitors this year, due to the steep drop at the beginning of May.

Their outlook got slashed on their most recent earnings call at the beginning of May. The company stated that they are going to invest an incremental $60M in marketing new products, as well as invest in BaaS 3.0 and 4.0. The company believes that this incremental $60M investment will generate over $1M in active accounts by the end of 2019, half of which they expect to be direct deposit. They expect these active accounts to deliver $200M to $300m in lifetime revenue, with a contribution margin of 50%.

Their Q2 revenue and FY2019 revenue expectations declined by 7.77% and 1.76%, respectively. Their EPS expectations dropped by almost $1, from $3.64 consensus to $2.82 to $2.91 expected. The stock dropped 30%, and has yet to recover, as evidenced by their 3-month graph below. They were trending downward for the past few months, but the Q1 call sent them on a spiral.

But the Q1 call was about more than just the incremental spend, which is what people got lost in. The company still posted 6% year-over-year growth in total operating revenues, driven by TurboTax BaaS, Apple Pay, Uber Rewards Card, and their UniRush acquisition.

The $60M investment coupled with the decline in non-direct accounts really compresses their inflows. However, both strategies will combine to accelerate growth into the future. The direct deposit account growth will compound over time, once they are able to secure the customer base.

Their processing and settlement services segment grew 9%, driven by an increase in cash transfer, corporate disbursements, and tax refund processing. They gained 235 corporate customers from Q1 into Q2, including CVS and NYC's Madison Square Gardens through their Green Dot RapidPay corporate program.

BaaS: Behind the Scenes of Success

The company is a true fintech. They market their "Banking as a Service" platform heavily, and other companies operate off their API. They've partnered with EasyCorp, a company that works with the underbanked and unbanked, as well as Security Finance, Pangaea, and Scratchpay, among others. They are also providing the underlying technology for Wealthfront's platform, an automated investment service firm.

BaaS is a platform that facilitates "the connection between the retail point of sale and mobile bar-code technology, handles customer service, and processes and settles the crediting and debiting of funds for all the parties involved in the transaction", according to CEO Steve Streit. 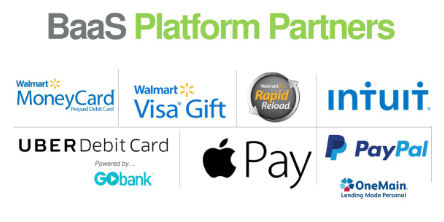 BaaS is a connection tool. For example, Walmart and PayPal entered into a partnership at the end of 2018 that allowed PayPal customers to withdraw and deposit cash into accounts at Walmart Stores. Green Dot is the connector between the two, and makes all of that possible.

BaaS is growing more quickly than the company expected, which is why they decided to make the investment in this segment of the company. They are responding to customer needs, allocating resources to the correct areas, and maintaining focus on future growth. They plan to release BaaS 4.0 by the middle of 2020.

Green Dot is the power and technology behind a lot of large, like Apple Pay and Paypal, and smaller companies, like EasyCorp and Scratchpay. As finance becomes more and more infused with technology, Green Dot's tech will become more and more valuable in the coming years. Their announced investment that focuses on building out their BaaS is positive news, despite the decline in revenue that it will cause in the coming months.

They also want to make the platform accessible beyond traditional large enterprises, democratizing the access to technology through bOS, or "bank operating system". bOS will be accessible to all types of developers. This allows for innovation, as the developers can explore different techniques and implementations with the GDOT API. Encouraging creativity will allow for diversified thought processes, and thus, potentially the creation of unique and diversified products.

If Green Dot can stay ahead in the BaaS game, and continue to build out key partnerships, they will build an economic moat for themselves. Allocating capital to growth opportunities should be viewed as a positive thing, and for that reason, I believe Green Dot is currently massively undervalued. Also, the fact that their management team was willing to risk market reaction, and the subsequent 30% drop in share price, shows conviction and true leadership. Finally, they have the cash to cover the payment, and they can keep their long-term debt obligations at zero.

GDOT and AAPL's partnership began in 2017, and GDOT forms the base of Apple Pay's service. GDOT earns revenue through transactions, interchange fees, and service fees. Apple Pay has strong growth, with estimates that 43% of global users in Q4218 have activated it, up from 36% in Q32018, and more than double from Q42017.

Green Dot will play a big role in Apple's reward system for its new credit card. Apple plans to "offer a cashback reward program of 3 percent for purchases in the Apple ecosystem, 2 percent for transactions on Apple Pay and 1 percent for purchases made with the physical card" which will be stored in an account that is powered by Green Dot.

Green Dot stands to gain float income from rewards balances, as well as interchange income from people spending their rewards. 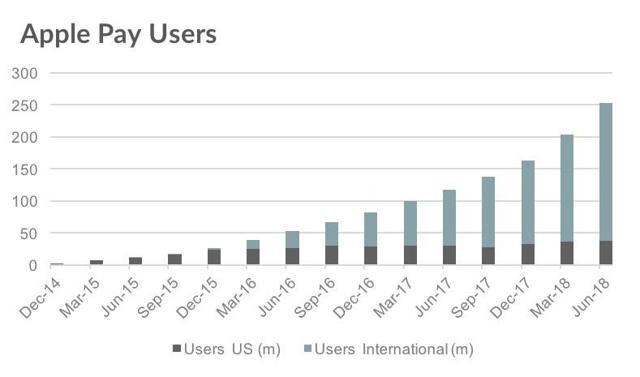 They also have had a 12-year long partnership with Wal-Mart. The Walmart MoneyCard can be used as a checking account, and GDOT serves as the banking provider for the Walmart environment, including Walmart Pay. Walmart represents 37% of their total operating income, falling from 45% in 2016.

Walmart is still a big part of GDOT's revenue base, although not as influential as it had been in 2016. The contract is coming up for renewal in 2020. GDOT remained upbeat on the outlook on their earnings call, stating

We believe we have a strong and vibrant partnership with Walmart and are actively working on several programs together. While we're not yet ready to share specifics, we're excited about where we're headed with the Walmart team.

If that deal does happen to fall through, Green Dot will be exposed to a huge loss in revenue, which would be very detrimental for the company and its future. It is unlikely that this would happen, but it is still something for investors to be wary of.

Green Dot has an asset light model, which allows them to generate deposits without paying for leases and infrastructure. They have experienced tremendous growth in their BaaS platform, as well as their debit card customers, tax processing customers, and recurring money processing transactions.

They are also planning on capturing the change in demographics, with products designed specifically for Gen Z. Beyond that, 15% of the entire US adult population was a Green Dot customer in 2018, which was a 60% increase from 2016 numbers.

They do have some headwinds, including the possibility that Walmart will choose not to renew their contract. They also have a seasonal revenue cycle, with a large portion of revenues coming in the beginning of the year due to tax season. 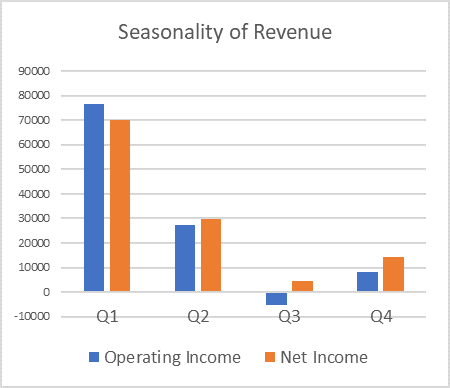 But the company has plans for continued growth, and discussed repurchasing $100M worth of shares as part of the process, cementing the confidence that they have in their decision. They said that "Q2 of 2019... is taking the bullet for the margin". Compressed growth now for strong growth in the future.

I updated the methodology used by Binghamton University and their GDOT valuation to reflect the company's Q2 2019 Earnings call. I got a $66.69 expected share price from my DCF calculations, as shown in the sensitivity analysis below. That would represent a 40% upside from where the company is currently trading at.

GDOT is expected to have growth headwinds in the near future, which will probably show up in their share price. However, as a long term investment, the company is a great buy. They have a unique product offering that crosses industry lines, and management is able to recognize good growth opportunities when they see them. If you want to wait until they complete Q2 2019 in August when all the headwinds should tamper, that's another possibility, but with a 40% upside, the company looks poised for strong success in the future.