For months, we've been reporting on allegations of perfectly imperfect children being held in cages. Now, we know it to be true.

Last Wednesday night, a video, as well as an undercover report, left many in the U.K. horrified and disgusted. Investors in its U.S.-based parent appear unaware as of yet.

Not only that: unscrupulous staff members at this particular Universal Health Services (Nasdaq: NYSE:UHS)-owned facility were finding humor in the maladies of these children. The footage, released on May 22nd, displayed mistreatment at a UHS-owned facility: Whorlton Hall. This firm is a part of UHS' U.K. subsidiary, Cygnet. Cygnet is the second largest private (non-NHS/contractor) behavioral and mental health care provider in the U.K. and a significant part of UHS.

By Friday morning, this content had resulted in multiple arrests on the heels of criticism from regulators. The Independent reported Friday that:

"...staff at a private NHS-funded hospital for people with learning disabilities pinned patients to the floor and used tactics akin to “psychological torture” to bully them into compliance, an undercover investigation has found.

The Independent revealed earlier this month that police had launched an investigation into “physical and psychological abuse” at Whorlton Hall, County Durham, which had seen 16 staff suspended." 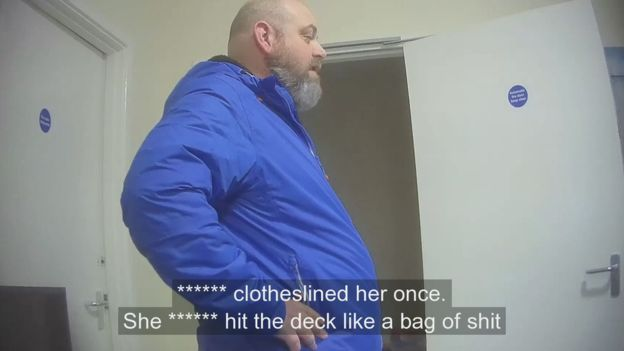 The response from regulators has been wide-ranging. MP Norman Lamb (who was advocating long before hard evidence surfaced) said yesterday in Parliament:

"...individuals responsible must be held to account, but so must the provider that allowed this culture to persist."

"...we will Mr. Speaker, root out toxic cultures and behaviors we saw last night."

Not surprisingly, regulators are now speaking out in more considerable sum, far more than U.S. lawmakers. UHS came under scrutiny in 2016, following a BuzzFeed investigation that implicated the company in a wide range of patient abuse allegations. In the U.S., lawmaker response is, however, percolating at the state level. Late last year we reported on a patient who died in a UHS nurse's home four days after discharge from an Arkansas facility.

"The BBC footage documenting the dehumanizing abuse of people with disabilities at a for-profit institution may be shocking, but it is not unusual. Today, thousands of American children - including more than 70 from Oregon - are placed in facilities like these. They face the same type of ridicule, abuse, and humiliation. They have the fractured bones, stapled heads and broken spirits to prove it..."

...said State Senator Sara Gelser (D-Oregon). Gelser, whom I met with on Wednesday (before we were informed of the footage), like MP Lamb, has been calling for action for some time. She voiced frustration with a lack of accountability in the sector, adding:

"All of this is done for profit as regulators and policy makers look the other way. Companies like Acadia, Sequel and UHS have turned our most vulnerable children and adults into nothing more than cash cows who are hidden away behind locked doors in communities far away from the people who care for them. It’s time to end this violent, immoral exploitation of those who deserve our protection most. This is not just a sad story. These are real people, real tragedies, and real lives being destroyed. It’s time to bring it to an end." 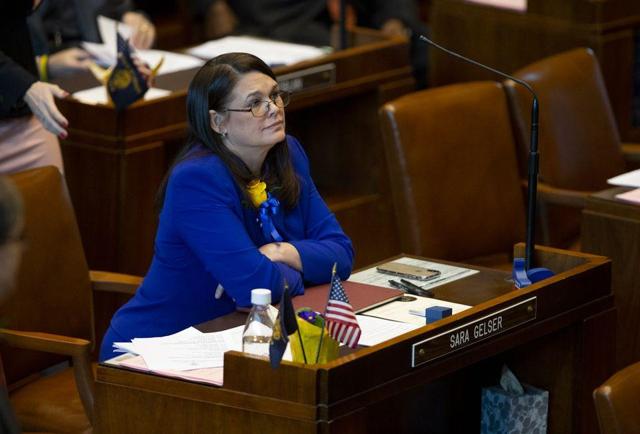 Since January, Gelser has been working to hold these firms accountable for the similar actions that are alleged to have occurred stateside. Roughly 80 foster children from her state of Oregon are scattered throughout the country at these facilities, at any given time.

Investors should beware of the significance here. This evidence could be troubling for U.S. providers relying on U.K. revenue as we discussed last month, or government funded revenue in general, for that matter. Moreover, in my white paper for Parliament requested by, and submitted to their Joint Committee On Human Rights on February 4th, 2019, I suggested that payments to U.S. providers by the NHS be cessated. I cited the following theory that (regarding the U.S. providers):

"Two pieces of legislation, no regulation, an American ‘profit party,’ and the sudden realization it was over, domestically-speaking, led them across the pond. This is much like a virus would invade an explorer’s ship in a new land 300 years ago. Only then did the locals adapt the practice that had become, in recent years, commonplace in America: warehousing people for money."

The article from the BBC also noted that:

"Cygnet, the firm which runs the unit, said it was "shocked and deeply saddened".

Investors in U.S. Mental Healthcare providers such as UHS, which sustains a large footprint in the U.K., could be deeply affected by any regulatory hammer that may drop. CEO Alan B. Miller was dubbed, last November, as one of eight "fat cats leaching off of the NHS" by journalist Ian Birrell in the Mail on Sunday. UHS has been subject to an ongoing federal investigation according to statements filed with the U.S. Securities and Exchange Commission.

I have reached out to UHS and they have yet to respond for comment, and I will update this article if they do.

Penn Little
226 Followers
Penn Little is an entrepreneur, researcher, investor, writer, and investigative journalist. Hailing from the small town of Springer, Oklahoma, Penn first began "investing" in the 5th grade, when his group won the 3rd place in a Dallas Morning News-sponsored stock picking contest. Penn has found a passion in his ability to expeditiously investigate companies as well as piecing together how they all contribute or are affected by multi-faceted macro trends. The dual understanding of finance and behavioral health led to the notable Acadia Healthcare series of articles in 2018/2019.He began working for a behavioral healthcare provider, Prescott House, Inc. in 2011. This was a result of his recovery from after struggling with behavioral health disorders and the consequences of his maladaptive behaviors resulting from unresolved trauma. Succumbing to these taught what he says are "the best lessons I ever learned." While not related to securities, Penn served 14-months in federal prison, for bank fraud when he was 23-years-old. He was ordered to pay around $300k in restitution, and while it took him eight years to do so, he settled the bill in 2016. While in graduate school, in his resurgence from the time of tough lessons: Penn became a partner in a start-up management consulting firm, beginning in 2013. Peak Consulting Partners focused on healthcare management and finance. A large non-profit acquired the firm in 2016, and it still thrives today, despite Penn moving on to his passion: investing. Now, a decade later, Penn has exited three start-ups. Before founding Bar Nothin' Capital Management, and then his research firm Bar  Penn was the Co-founder and Managing Partner of Crestview Capital Partners LLC. At Crestview, the firm he co-founded in 2014, Penn led the charge to improve outcomes in mental and behavioral healthcare by scaling quality care models in the arena of community counseling. He sold the company in 2017 to a global private equity firm. Penn serves as a contributor for Forbes as well. He has come to enjoy and find a passion for learning and writing about various verticles including energy and transportation.Penn is a proud graduate of Culver Military Academy in Culver, Indiana. Penn holds a B.A. from The University of Oklahoma in Norman, Oklahoma, where he studied Economics. He holds an M.B.A. in Finance from the University of Arizona's Eller College of Management in Tucson, AZ.Penn founded the Wilkinson-Dorrell Scholarship Program at The University of Oklahoma Foundation. While at Crestview, Penn also co-founded the Shatter Our Silence Initiative, to combat teen suicide in Northern Illinois. Penn loves to spend time with his nieces, Sacra and Emory (both 3) and nephew, Greer (1), as well as fishing in Kona, HI for Blue Marlin. He tries to keep his golf game in shape and is a loyal fan of his alma mater's Oklahoma Sooner football team.Disclosure: Katie Mikles (SeekingAlpha Contributor) and I are colleagues and partners from a journalistic and entrepreneurial standpoint as well as personal friends. We collaborate and research together, as many readers know, however, are expressing our own unique investment viewpoints.
Follow