In my last article I noted that, depending on whether you look at the yield curve or new home sales, both of which have historically been very good long leading indicators, the economy is either careening towards recession or else no cause for worry.

Both measures, however, have had false positives and negatives. In the case of the yield curve, it has falsely signaled recession in both 1966 and 1998. But contrarily, new home sales declined less in 1999 than they did in 2018, and rebounded by about the same percentage in 2000 as they have this year so far, and yet a recession followed within 12 months. In short, one or the other of these two generally very reliable indicators is giving a false signal.

Corporate profits can help sift out the better forecast

I pointed to corporate profits deflated by the producer price index as another long leading indicator that can help us determine which forecast is the better one. They barely dipped in 1966 and the other times when housing sales gave us false negatives. They also declined sharply when the dot-com bubble popped, telling us that coupled with even the shallow decline in housing in 1999 enough damage had been done to bring on a recession.

In general, I noted that corporate profits have had about double the weighting of housing sales metrics in their forecasting power for a recession, based on the below table of slowdowns vs. recessions: 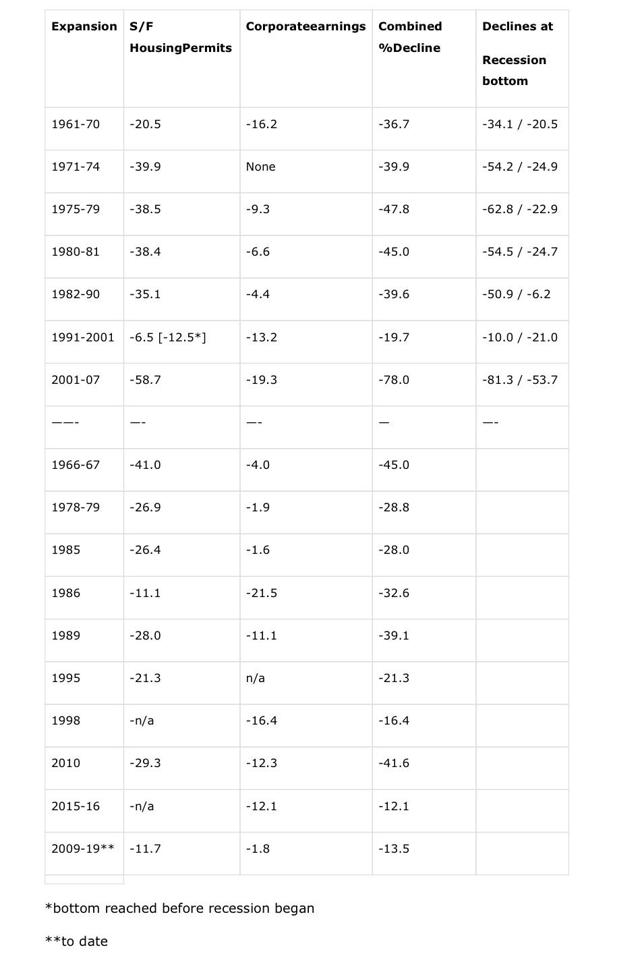 Finally, I noted that today the BEA would release corporate profits for Q1.

The report on Q1 corporate profits

As reported this morning, corporate profits in Q1 declined -3.5%. But once we deflate by producer prices (which also declined during Q1), the decline is not that significant, off -3.1% from peak in Q3 2018:

As an aside, the result would be similar - off -4.0% from peak - if I deflated by unit labor costs rather than producer prices. As a bonus, here’s what the YoY% change in deflated corporate profits looks like over the past 70 years compared with Prof. Edward Leamer’s favorite housing metric, private residential investment as a share of GDP, also YoY:

Here’s a close-up of the past eight years:

Close, but no cigar.

As to Q2, at the moment, bottoms-up analysts’ estimates for earnings for the S&P 500 are positive: 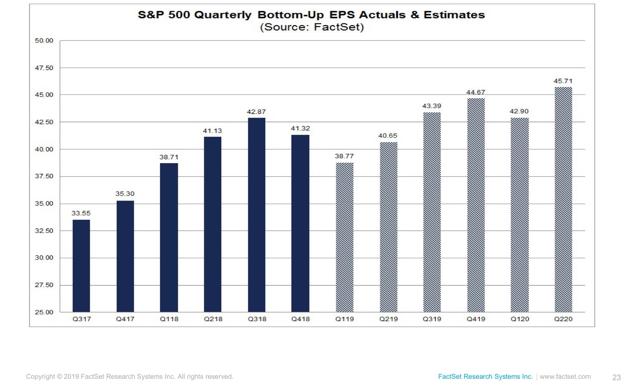 Obviously, at turning points, analysts have usually been wrong! We’ll get our first clues from corporate income taxes paid as June progresses.

But for now, the big result is that a housing decline of -11.7% coupled with a decline in deflated corporate profits of -3.1% is nowhere near enough to signal an imminent recession vs. simply a slowdown.