Aware (NASDAQ:AWRE) provides biometrics software and services. While the vast majority of its business has historically been generated by the government sector, the company has begun seeing success in the larger commercial biometrics field which has a much larger potential addressable market.

Investors have generally missed this opportunity because AWRE’s management team does not hold quarterly earnings calls or attend investor conferences. This lack of investor outreach combined with no sell-side coverage has left the investment community unaware of this potential significant inflection in AWRE’s business which could drive material upside in its stock.

Commercial biometrics is beginning to enter the mainstream as industries like banking and healthcare look to replace insecure passwords with better methods of customer identification. In fact, in a recent survey, the majority of respondents indicated that they expected biometrics to replace passwords by 2022.[i] 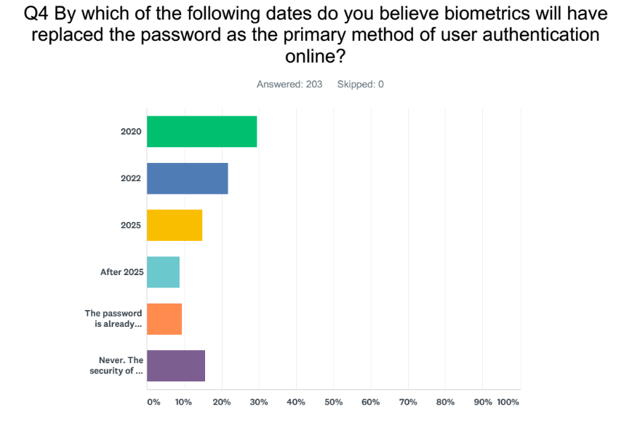 The banking and healthcare markets are showing the most promise currently and are quite large. According to a study by Goode Intelligence, biometric authentication for banking purposes will contribute $4.8bln in revenue for companies involved in delivering biometrics systems to the banking industry.[ii] According to Credence Research, biometric spending in healthcare will grow at a 22.9% CAGR.[iii]

AWRE’s commercial biometric effort is centered on its Knomi platform which focuses on multi-modal (using a combination of face/voice/keystroke biometrics) in either a server or device-based environment. Knomi has been well reviewed with Enterprise Security Magazine naming it one of the Top 10 Multifactor Authentication Solution providers in 2018.[iv] Knomi can be deployed with both iOS and Android mobile apps which can allow for mobile-based verification.

In late 2018, AWRE had its first large commercial success, signing a large Latin American bank.[v] The company has been unable to discuss this contract in great detail because they are waiting for their customer to put the finishing touches on the services that will be enabled by this biometric verification. Once fully announced, this deployment should serve as a reference contract which could drive significant growth in AWRE’s commercial biometric sales.

Importantly, AWRE’s commercial business is expected to be biometrics-as-a-service as opposed to the perpetual licenses of government contracts. This shift in business model to SaaS may help smooth out the lumpiness of AWRE’s results.

AWRE’s government business has a long history of selling biometric applications to blue-chip government customers. US customers include the Department of Defense, Homeland Security, the Navy and Marines and the US Department of Justice. Outside of the US, AWRE has sold to the Kingdom of Saudi Arabia, the UK Metropolitan Police, The Singapore Ministry of Home Affairs and the German Federal Criminal Office among others and in 2018 won a large contract from the UK Home Office. I believe the quality of AWRE’s customers shows the high-quality of AWRE’s biometrics software.

Unfortunately, this business is lumpy because of its reliance on perpetual licenses. Overall, though, government biometrics is expected to grow as governments increasingly look to secure borders, track potential threats, and identify citizens.

The company has consistently found ways to return cash to shareholders which gives comfort that the current cash on the balance sheet will likely be put to good use.

More recently, the company has switched its focus to share repurchases and has bought over 12% of the float since Q1 2016 and many of these repurchases have been at significantly higher prices. Given that insiders control ~40% of shares outstanding, the fact that they were willing to repurchase shares at materially higher prices (up to almost $6) suggests that their valuation of the company is far above current levels.

AWRE has strong downside protection. At 3/31/19, the company had $2.86 of book value per share, mainly comprised of net cash ($2.32 per share). AWRE has generated positive FCF over the trailing twelve months so this cash is not a declining asset. Furthermore, this book value is likely understated as the company acquired its HQ in Bedford, Massachusetts for $6.7mln in 1997 and the buildings value should have appreciated in 20+ years of ownership. AWRE only has $4.0mln of net PP&E at 3/31/19.

In addition to ~$2.30 of net cash per share, the company also has a very consistent, growing stream of government biometrics maintenance revenue. Due to its highly recurring nature (customers don’t want to lose access to their software), maintenance revenue is generally afforded a high multiple by the investment community. Merely valuing this revenue at 3.0x and adding net cash would suggest downside protection for AWRE at $3.08 per share.

AWRE has a strong base of technology and customer relationships that would be highly valuable to larger biometrics players and I believe the company represents a strong acquisition candidate once they have proven out the success of their commercial solution. In 2016, the company generated ~5.7mln of EBITDA during a strong government biometrics cycle. Assuming commercial success or new government biometrics licenses, such factors could drive a recovery to those levels of success and AWRE would hypothetically be worth ~$6.27 at 15x EBITDA.

EBITDA for an acquirer could be significantly higher because they could remove a lot of AWRE’s administrative expenses ($3.2mln in the trailing twelve months) and use their existing sales force (sales and marketing $4.1mln).

All tables created by author based on company data.

Disclosure: I am/we are long AWRE. I wrote this article myself, and it expresses my own opinions. I am not receiving compensation for it. I have no business relationship with any company whose stock is mentioned in this article.

Additional disclosure: Additional disclosure: Information presented is for educational purposes only and does not intend to make an offer or solicitation for the sale or purchase of any specific securities, investments, or investment strategies. Investments involve risk and unless otherwise stated, are not guaranteed. Be sure to first consult with a qualified financial adviser and/or tax professional before implementing any strategy discussed herein. Past performance is not indicative of future results.