“In summer, the song sings itself”

The summer is getting off to a disharmonious start in 2019. Following a relentless +26% rally from Christmas Eve through the end of April, the S&P 500 Index turned cold in May, falling by more than -6%. But with the “sell in May” now behind us, is it time to “go away” now that the summer is underway?

Yes, I know. Summer does not technically begin until June 21. But when I think of summer, I think of June, July, and August. I’m guessing many of you may think of summer this way too. As a result, this summer song will be focusing on these three months ahead.

Summer has generally been good to stocks during the post crisis period. In the time since the “Fed put” went from being implicit to expected, the S&P 500 Index has posted an average summer gain of nearly +2%. When U.S. stocks have gained over this time period, they have done so in a big way by advancing more than +6%. In the four years where results were negative (2010, 2011, 2013, 2015), the damage did not come until August. Lastly, in the two years much like 2019 where summer got underway following a lousy May (2010, 2012), stocks held their ground if not subsequently rallied to the upside. So go away? No way. Be prepared as always, but stay to play.

What do we know heading into the summer? The following are some key points to consider as summer trading gets underway on Monday.

The S&P 500 Index on Friday closed lower on a price basis than it did nearly a year and a half ago on January 11, 2018. In short, we have had 18 months of effectively going nowhere. 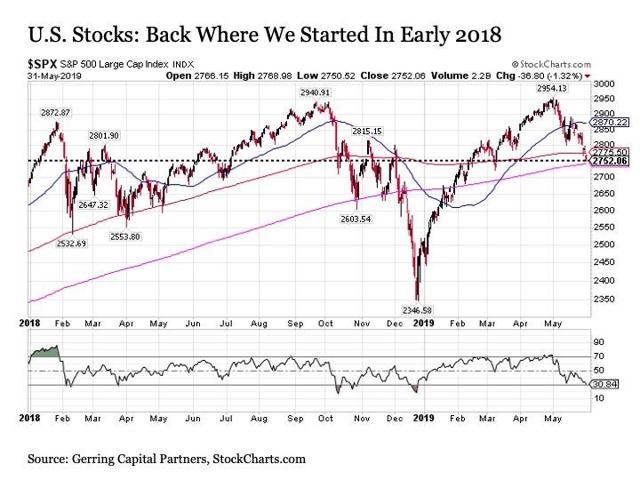 While the technical setup above has some market technicians contemplating the possibility of a double-top formation – 2346 on the S&P 500 is a pretty deep neckline by the way – it is worth noting that none of the other major market categories including U.S. small/mid-caps, developed international, and emerging market stocks came anywhere close to their previous highs during the stock market winter/spring fling to the upside. While you may never walk alone, the S&P 500 Index apparently does or is at least trying to.

Underlying fundamentals still are not indicative of a stock market that’s ready to go cliff diving. Sure, valuations on the S&P 500 Index make my nose bleed on a daily basis with the current GAAP P/E north of 20 and the CAPE hovering near 30, but what else is new. And has market history has shown, valuations often do not matter for a prolonged period. That is, of course, until they suddenly start to matter in a big way, but that historically only starts to happen when the economy cools, liquidity conditions dry up, and corporate earnings roll over. And while storm clouds can certainly be spotted on the horizon (again, what else is new), nothing disruptive is imminent on any of these fronts as the summer gets underway.

About that “Fed put” mentioned above. While I could fill pages on this topic alone (I smell a separate article brewing in my near future), let’s get right to the point. Six short months ago, the Fed was steadfast on raising rates as many as three times this year while keeping its balance sheet reduction program on autopilot. Today, the market is anticipating as many as three to four quarter rate cuts in the second half of the year and the tapering of the balance sheet reduction program is already underway in bringing it to an end in September. To say that this is an absolutely extraordinary policy shift in an incredibly short period of time for the monetary policy body that oversees the global reserve currency is the understatement of the decade. My consternation for the Fed and its policies apparently knows no bounds.

But know this in relation to stocks as the summer gets underway – the Fed’s decision making is focused on the direction of the S&P 500 Index at any given point in time arguably more than anything else. Thus, if stocks are down double-digits from their recent all-time highs, fully anticipate that the Fed will be ready to prematurely deploy its precious, hard fought, and limited dry powder with one or a few quarter point rate cuts. The merits of such a policy move are highly dubious, but expect the Pavlovian stock market to respond positively, at least in the short-term. Nothing close to the resounding post Christmas Eve bounce, mind you, but likely enough to arrest any sustained declines as the dog days of summer roll on by.

What about bonds heading into the summer? I’m not much for spread product outside of taxable municipal bonds, but I still like long-term U.S. Treasuries quite a bit. Don’t get me wrong, Treasuries are running way ahead of themselves at the moment following their recent strong rally – if I were a short-term trader, I might consider taking some profits following the latest surge as a period of consolidation is now overdue.

But the following realities remain as strong as ever for Treasuries as the summer gets underway. The inflation threat has been rendered a joke at this point. Pricing pressures have had almost every reason to catch fire over the past decade – supposedly sustained strong economic recovery, corporate tax cuts, tariffs, you name it – yet surging inflation remains virtually non-existent. Yes, I know a number of specific segments of the economy are experiencing above trend inflation – I see it myself anecdotally every time I go to the grocery store or pay my health care related costs as just a couple of examples – but the reality remains that the headline core number remains soft and inflation expectations for the next five years continue to linger well below the Fed’s target 2% rate. This is intermediate-term to long-term bullish for bonds. And with the rest of the developed world running flat to negative interest rates well out the curve, the U.S. remains a generously yielding alternative in a safe haven income starved world.

What about bonds and the Fed’s apparent willingness to let inflation run hot? The answer here is simple. The Fed has spent the last decade leading the world in the most extraordinarily expansionary monetary policy experiment arguably of all time, yet they still could not get the inflation rate up to its 2% target in any sustainable way. It’s great that the Fed is willing to let inflation run hot, but until they can actually succeed in get the inflation rate sustainably to something resembling moderately lukewarm, investors are largely misguided in placing a high probability on this risk. Once again, bullish for bonds.

Last one for now. Expect the volatility temperatures to be turned up throughout the summer. Rhetoric from the Executive Branch in Washington DC has been running hot as of late, and we are not without its meaningful downside geopolitical and economic/market related risks from all corners of the globe. Put simply, the summer of 2019 is not a time for complacency when it comes to capital markets. Price action should be interesting, particularly once trading volumes start to run light in August. 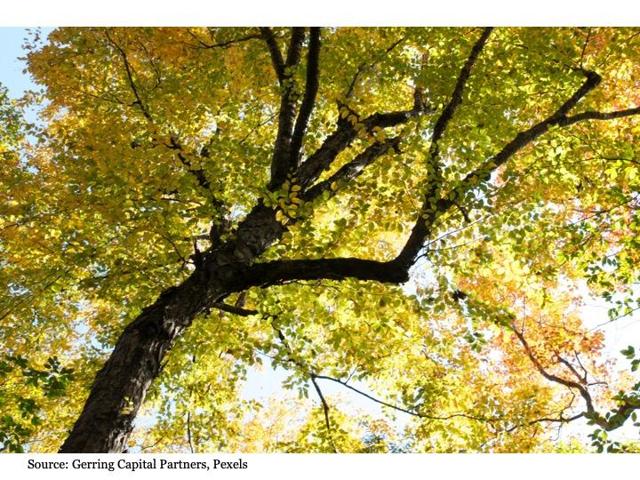 Coda. The stock market summer of June, July, and August is now underway. Stay long stocks despite the recent downside volatility in May, which in the end may being nothing more than a period of healthy consolidation following a blistering rally to start the year, but also stay vigilant in protecting against stock market downside as risks abound and volatility remains on the rise. Thus, own stocks as part of a broadly diversified asset allocation strategy (put more simply, own stuff other than stocks from different asset classes) and continue to focus on lower volatility and defensive names over higher beta and cyclical categories. As for bonds, continue to own long-term US Treasuries beyond any short-term profit taking, as they remain attractive from a total return perspective despite their historically low yield. Inflation remains largely muted, and expect the Fed to pull out all of the stops in trying to prop up the still pricey stock market before it’s all said and done, which is bullish for bonds (and utilities stocks) at the end of the day.

I look forward to a lively summer of discussion and debate ahead here on Seeking Alpha.

Disclosure: This article is for information purposes only. There are risks involved with investing including loss of principal. Gerring Capital Partners and Global Macro Research makes no explicit or implicit guarantee with respect to performance or the outcome of any investment or projections made. There is no guarantee that the goals of the strategies discussed by Gerring Capital Partners and Global Macro Research will be met.

Are you ready for what may lie ahead for global capital markets? Are you interested in asset allocation strategies that look beyond the traditional stock and bond markets in working to generate consistent returns and protect against downside risk over time? If so, come join us on Global Macro Research, my premium Marketplace service on Seeking Alpha, as this is a key focus of our portfolio modeling, research and discussion. I look forward to you joining us on Global Macro Research.

Disclosure: I am/we are long TLT, BAB. I wrote this article myself, and it expresses my own opinions. I am not receiving compensation for it (other than from Seeking Alpha). I have no business relationship with any company whose stock is mentioned in this article.