Elga assesses the options the Fed is considering during its monetary policy review. This is the third post in a series of blog posts on the Fed and inflation expectations.

The Federal Reserve is considering a monetary policy shift from its flexible inflation forecast targeting to one of several strategies known as make-up strategies. See my earlier blog posts on the reasons for this review and potential economic and market implications.

Make-up strategies explicitly require central banks to make up for past misses of their inflation target. Different make-up strategy monetary policy ideas have been proposed on the central bank conference circuit. These can mainly be divided between price level targeting (PLT), average inflation targeting (AIT) and temporary price level targeting (TPLT). All the strategies work essentially through the same mechanism: raising short-term inflation expectations above the target.

Under TPLT, the central bank would temporarily switch toward PLT when interest rates reach their floor, and revert back to its standard flexible inflation targeting once it has made up for the temporary inflation shortfall. The strategy - put forward by former Fed Chair Ben Bernanke in a 2017 blog post - essentially introduces a temporary change to the central bank's monetary policy norms.

It aims to balance the pros and cons of price level targeting versus traditional inflation targeting. According to economic models, TPLT can provide sufficient stimulus when interest rates can't be lowered any further while avoiding excessively loose monetary policy and an overheating economy later. See the Policy paths charts below. 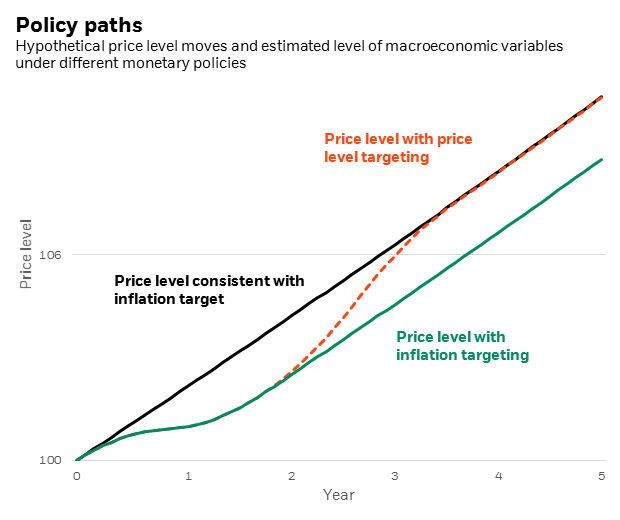 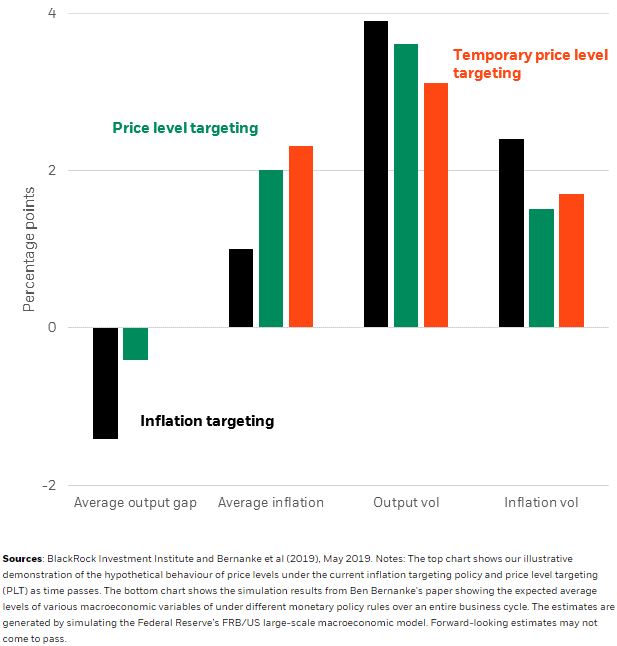 Make-up strategies such as the AIT favored by New York Fed President John Williams and San Francisco Fed President Mary Daly would allow the Fed to let the U.S. economy - and its financial sector - run hot. Rather than repeatedly stressing its patient policy attitude, the Fed would begin to openly welcome inflation overshoots - reinforcing its dovish tilt. The Fed would stop trying to move interest rates up toward neutral for an extended period of time. Such a strategy shift could mean that the Fed's commitment to lower-for-longer rates becomes more credible than it was during previous episodes of forward guidance or quantitative easing.

A move toward a make-up strategy could have considerable repercussions for financial markets, provided that the new strategy is credible and well understood. The Fed has never deliberately forecasted a material inflation overshoot. Market participants would have to change their understanding of how the Fed would use monetary policy in any given situation. Much would depend on whether short-term inflation expectations can move decisively above target when recent inflation has been below target (and vice versa). Additional ramifications could result from markets changing their expectations of the range of long-term macroeconomic outcomes and the near-term policy path of the Fed.