In terms of relative household debt levels, Canadians measured as more financially prudent than US households heading into the 2008 recessi 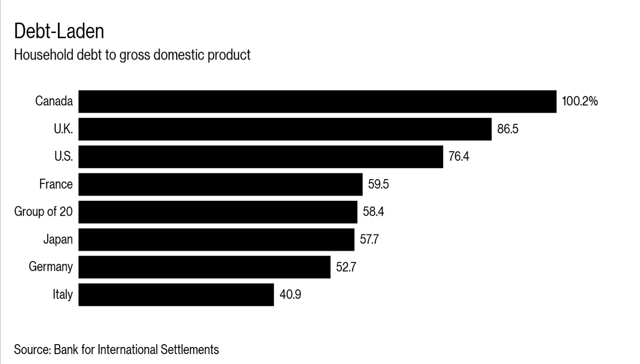 Today, as shown above, Canadians are world leaders in financial imprudence with both record high debt and near-zero saving rates (in red below, versus US savings rate in black).

Being worse money managers than Americans is saying something because Americans have been notoriously profligate. (See: Why the next recession will hit Canadians harder than Americans.)

As shown below, in the early 1980s, when interest rates were in the teens and the economy struggling through a 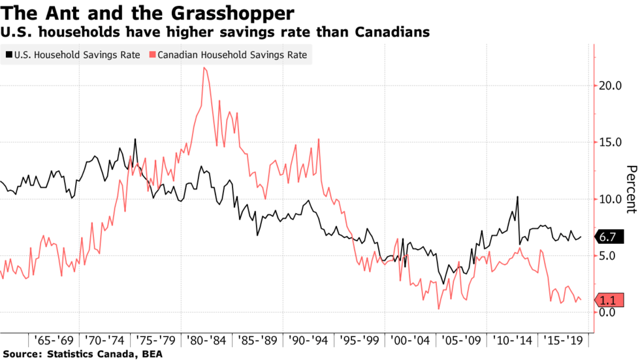 double-dip recession, Canadians were saving more than 15% of their disposable income. Today, after 20 years of saving less than 5%, we are plagued by capital deficits in most institutions and households.

Getting saving rates back above 10% is an essential part of rebuilding financial strength and resilience. But to achieve this we need to spend less than we earn and get out of debt via less consumption and higher efficiency. Exersise cannot outrun destructive food choices, and large incomes or lump sums cannot outrun destructive financial management. The facts speak volumes: 70% of people who 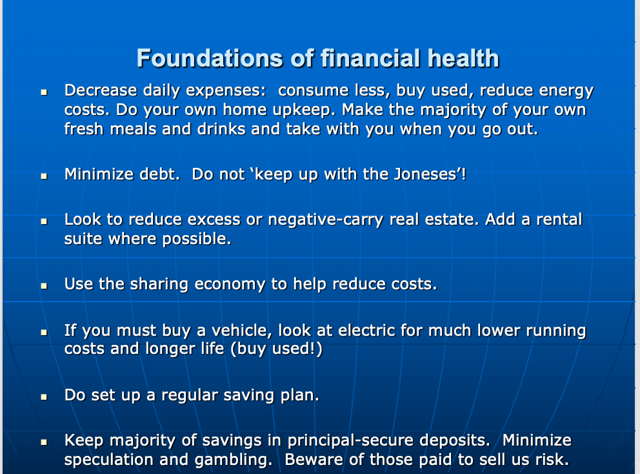 receive large amounts of money go through it all in just a few years (National Endowment for Financial Education).

In a conference speech last week I summarized the 'tricks' or foundations of financial health in the slide above. Definitely not rocket science, and yet, evidently little understood or implemented.

Danielle Park, CFA
4.62K Followers
Portfolio Manager, financial analyst, attorney, finance author, a regular guest on North American media. Danielle Park is the author of the best selling myth-busting book “Juggling Dynamite: An insider’s wisdom on money management, markets and wealth that lasts,” as well as a popular daily financial blog:www.jugglingdynamite.com Danielle worked as an attorney until 1997 when she was recruited to work for an international securities firm. A Chartered Financial Analyst (CFA), she now helps to manage millions for some of Canada's wealthiest families as a Portfolio Manager and analyst at the independent investment counsel firm she co-founded Venable Park Investment Counsel Inc. www.venablepark.com. For two decades, Danielle has been writing, speaking and educating industry professionals and investors on the risks and realities of investment behaviors. A member of the internationally recognized CFA Institute, Toronto Society of Financial Analysts, and the Law Society of Upper Canada. Danielle is also an avid health and fitness buff.
Follow
2 Comments