It's no secret that once a recession hits, such as during 1999-2000, or 2009-2010, quality companies are on sale just like other companies. For many companies, one could argue that a general downturn is the only time when the company is actually undervalued, or fairly valued, barring something truly devastating that's company-specific.

Many excellent contributors and writers share with them their buy lists for a recession. Companies that belong to this category - companies that are time-tested, recession-proof/resistant or in such a business that they're virtually guaranteed to outlive all of us - at least in specific geographies.

That may be considered a bit of a sweeping declaration. Let's instead put it like this.

Companies you should buy in a Recession

In this article, we'll focus on Swedish companies. A few rules apply.

Sweden - characteristics as an economy

Sweden's companies tend toward the industrial segment. The country has a strong forest, metal and technical industry which produces everything from paper pulp, steel, motor vehicles, telecommunications, industrial machines, precision equipment to appliances and chemicals.

Unlike most European nations, we have never had to rebuild our internal (as in, our current borders) infrastructure as a result of war/destruction for almost 250 years (Beyond losing territories, Sweden has been neutral for over 200 years) since the sunset on the Napoleonic wars back in 1815 when almost a third of Sweden's dominion was lost.

Because of this, Sweden was relatively quick in achieving a generally high standard of living, an extensive welfare system, and a working industrial production that could keep going when other nations were essentially destroyed.

We have a modern distribution system, excellent internal and external communications in the forms of shipping lanes and a nation-wide, well-maintained railroad system that's in the process of being expanded, as well as a public-funded and extensive road system.

We're a rich nation, in terms of natural resources, not only in timber but also in metals.

As of today, much of these resources are actually untapped due to a wide-spread resistance against prospecting and further development. However, our nation is no stranger to the execution of massive projects in order to harvest our riches. We're one of the few nations that actually physically move an entire town in order to mine iron.

Much like other Scandinavian nations, many of our companies are part, or wholly-state owned. The best example is LKAB (no symbol) which is in charge of all iron mining, a completely state-owned company. State ownership, as you can read in many of my articles, come with both benefits and drawbacks. The degree of state ownership in Sweden has lessened considerably in the last 30 years. The state has let go of Nordea (OTCPK:NRBAY), Vasakronan (No symbol), OMX exchange (No Symbol), and Vin & Sprit (No symbol). Privatizations of Telia (OTCPK:TLSNF) and SAS (SASDF) are ongoing.

The Swedish central bank is the oldest central bank in the world - founded in 1668 - and we focus on price stability with an inflation target of 2%. We rejected the euro in 2003 and maintain our own currency, the SEK, or Svensk Krona. Our largest export/trading partners in terms of trade flow are Germany, USA, Norway, UK, Denmark, and Finland.

A big drawback (from the investor's view, at least mine) is the degree of trade unions in Sweden. Around 70% of our workforce is unionized which in some cases can severely limit company profitability or complicate things with strikes and other things. 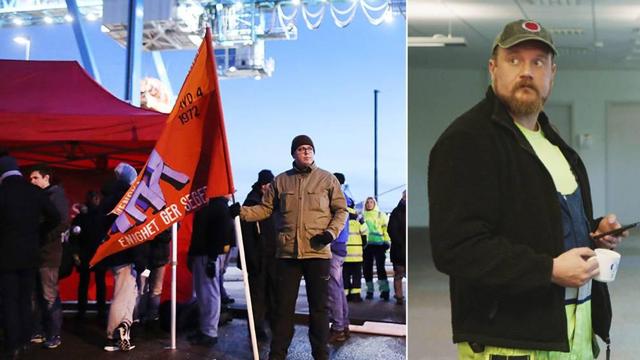 This can be seen among other things, in the virtual destruction of the Gothenburg harbor due to strikes. The trade unions retain very strong political ties to the leading social democratic party, though these ties are in the process of weakening.

We have no minimum wage set by legislation, but instead have minimum wage standards for various sectors set by collective bargaining processes, covering almost 90% of our workforce (85% in the private sector). Important to note is that these collective agreements are in no way demanded by legal regulations/laws - they are essentially self-inflicted result of labor market party regulation. This is often brought up as an example of the success of self-regulation as opposed to governmental regulation of collective bargaining/agreements.

The export sector has acted as our main growth engine since the mid-1990s, proving robust despite global trouble due to the export mix/sales mix and structure in terms of sectors. The previous raw material-reliant export industry has shifted to include IT and telecommunications, increasing its recession resistance. The current trouble here is inflation and FX, as the SEK due to smaller rates of inflation and a conservative fiscal policy is worth a lot less than 2-3 years ago. Export companies are suffering and receiving less money for their product.

We're also experiencing a dire situation in our real estate sector with soaring property prices and a 170% debt/income ratio, with a high degree of interest-only loans that will take 100+ years to repay. The challenge is, however, Sweden requires almost 500,000 (Source: Boverket) new housing units/apartments nationwide until 2025 to accommodate our increase in net population, and only ~50 000 are being built, very little of which accommodate low-income demographics (only condos and houses). Due to zoning regulations and requirements in terms of the permit and build quality, building rental units is not a profitable venture in Sweden (unless you set rents of 1400-2000$ for even small units, virtually unpayable for most), and as such, only houses and high-cost condos are being built.

In addition, to combat the loans situation, the state has instituted amortization requirements that put most younger people (under 30) vastly outside the possibility of buying a home due to a 20-30% downpayment requirement, depending on your income situation. A house in Gothenburg will cost you upwards of 2-4 million SEK, a down payment represents 400,000-1,200,000 SEK. The average income in Sweden is around 300,000 SEK net/annually, giving the average Swede the option of saving perhaps 50,000-100,000 SEK a year depending on your situation.

Back in the 1960-70s, the solution for a similar problem was the building of the so-called Millions program (1 million units in 10 years) under the control of the social democrats. 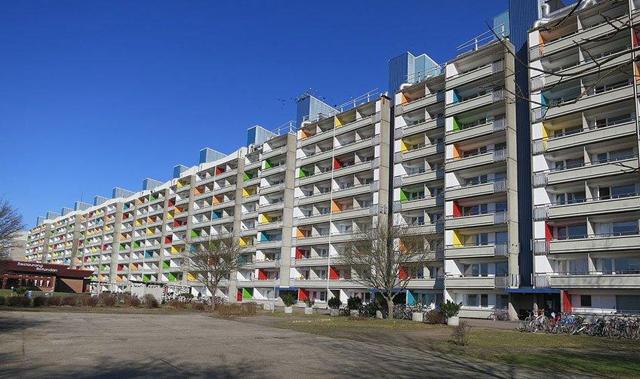 Some call for a similar program once more - but the interest from the political direction is next to zero. So, those without the means to buy are left in limbo. I personally do not view a real estate crash/bubble as even remotely likely because if people were forced to sell, others would buy. The proof in the pudding is the crash back in -09. While there was some rotation on the real estate market, the crash ultimately had limited effect on the market as a whole. There is too much demand and too little supply to even consider the risk of a widespread bubble, should prices start dropping. I personally own a company that, in such a case, would start gobbling up some property.

In this article, I've elected not to focus on the social challenges faced in the nation - I don't view them as relevant here.

Sweden in a nutshell

We're a strong export economy with quality companies experiencing a real estate crisis as well as some currency risks. The currency risks are, in my view, short term and will shift once our central bank changes the currently-negative interest rates in 2019/2020. The real estate challenge is a big one but not one necessarily affecting our companies as such (other than building demand/immediate tenancy)

So, with this out of the way, let's look at the list.

When the recession hits and a general downward trend starts affecting the OMXSPI/OMXS30, the following companies are companies I will be looking to either buy or increase my exposure to.

As you can see, many of the companies on this list are extremely basic in terms of their industry. This is the type of companies I love. This is also the type of company the market seems to love, seen by their relative valuation. While not 100% future-proof, they're future-resistant to a degree that's ridiculous compared to some of the more volatile segments on the market. Every single one of these companies listed are companies I would gladly own until the day I die.

I will write articles specifying some of these companies further - what exactly they do, their business, their valuation and when to invest - but this serves, I believe as a basic overview. Interested investors would do well to keep an eye out for this.

I hope I've shown you somewhat why Sweden as a market is extremely appealing. We're a very mature economy with technical proficiency and many global companies. There are problems, but very few of these directly affect the way these companies do business long-term.

I've mentioned some of the strongest companies that exist within our borders.

Let me know if you have any questions and I'll do my best to answer them.

36 year old DGI investor/senior analyst in private portfolio management for a select number of clients in Sweden. Invests in USA, Canada, Germany, Scandinavia, France, UK, BeNeLux. My aim is to only buy undervalued/fairly valued stocks and to be an authority on value investments as well as related topics.

Disclosure: I am/we are long AXFOF, ICCGF, TLSNF, SKFRY, IVSXF. I wrote this article myself, and it expresses my own opinions. I am not receiving compensation for it (other than from Seeking Alpha). I have no business relationship with any company whose stock is mentioned in this article.