I've made it known that I'm not a huge fan of spin-offs, at least not many of the ones in recent years. A lot of them are rather gimmicky. But that doesn't mean that I avoid all of them. Unlike reverse mergers, SPACs, and Reg A+ IPOs, spin-offs are generally a reasonable group of businesses, even if activist investors have spurred the creation of a lot of unnecessary spins lately.

In the case of companies that have a great history of capital allocation, I tend to grant them the benefit of the doubt. In this case, V.F. Corp. (VFC) didn't appear to spin off the jeans business just to appease short-term activist investors, and the spin appears to have reasonable strategic rationale. That, combined with the fact that I received a tiny amount of Kontoor (NYSE:KTB) stock from the recent spin-off, as I own V.F. in the IMF, made me take a look at the name. And, with shares plunging since the spin, it's getting interesting rather quickly: 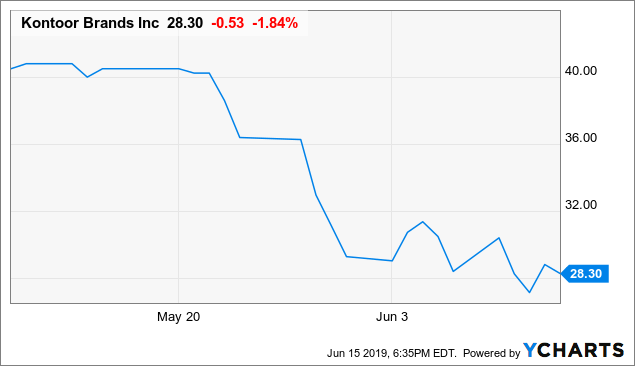 Kontoor, for those unfamiliar, is the jeans division of V.F. Corp., namely through the Wrangler and Lee brands. It is the #1 or #2 company in various U.S. jeans markets, and it, along with Levi Strauss (LEVI), commands substantial pricing power: 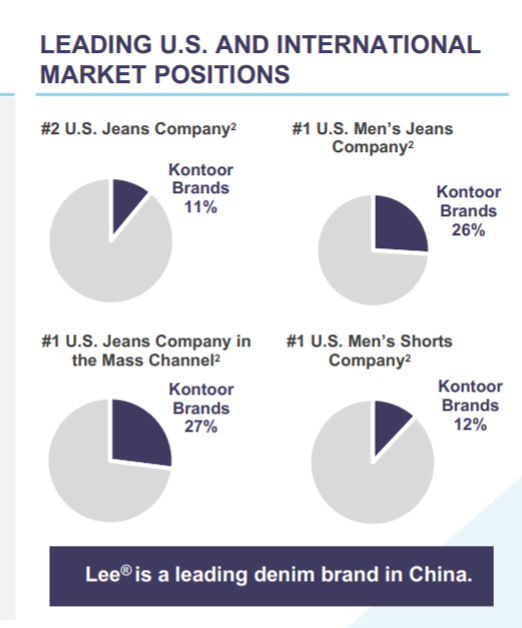 There's been some concern about the strength of the jeans market lately, both from analysts and in articles such as this one. The suggestion of Kontoor being a long-term shrinking business, as the other SA article says, seems premature. The US market has grown, albeit fractionally, in recent years. Meanwhile, the jeans market globally is still growing at 4%/year, and Kontoor is strong in some foreign markets, including China. At worst, this appears to be a steady state business, and perhaps the spin-off will be able to bring back a bit of growth. In any case, its results over the past decade show remarkably stable operations in terms of revenues, profit margins, and cash flow generation: 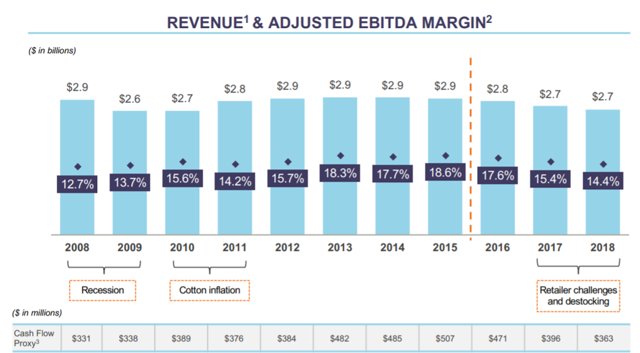 With a base expectation of steady results with the possibility of a bit of growth, the question becomes, are we earning enough money now to get attractive total returns even in the face of modest at best growth? In this case, I think the answer is pretty clearly yes. First, take a look at the company's intended shareholder returns upon launch of the spin: 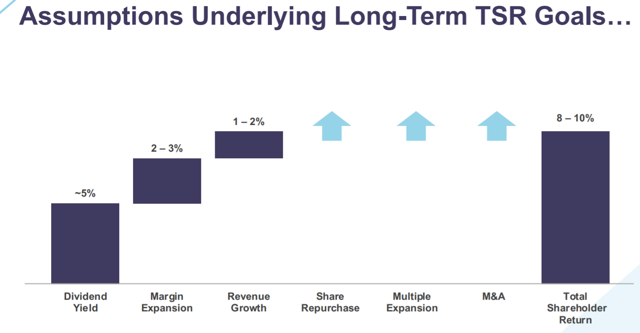 Looks pretty reasonable, right? 5% dividend yield, and then various other incremental gains to get to 8-10% annual returns. Now, realize that they were basing this math on a share price near $40, and we're at $28 now, and things get fascinating in a hurry. As the company noted in a proxy filing, it intends to pay $2.24 per share a year in dividends:

That dividend yield, for example, amps up from 5% to 8%. That's because the company intends to pay out 60% of earnings as dividends. 2017 was an unusual year due to the change in tax laws, however, averaging 2016 and 2018 results, and the company makes about $280 million in net income per year. On the current $1.6 billion market cap, that adds up to a 6 P/E ratio, which in turn is a 17% earnings yield (though earnings, going forward, will be a little lower due to added interest burden due to debt from the spin). Pay out just half of earnings as dividends and you get a greater than 8% dividend. Additionally, it's worth noting that the company is not excessively leveraged, and with its history of stable cash flows, the dividend should be highly defensible.

Moving back to the above graphic, from this price, not only do we now get an 8% dividend instead of 5%, the effect of share repurchase and multiple expansion gets much stronger. Moving the EV/EBITDA multiple back to a modest 9x prices the stock at $37 compared to the current $28 share price.

There's some risk of the product becoming increasingly out of favor. V.F. spun it off because jeans aren't growing like some of their other more on-trend product categories. But I'm not sold on the idea that jeans are going away either - especially since they are still picking up volume nicely overseas. If this is a slowly declining business, we should still make good money starting at a single-digit P/E ratio and 8% dividend. If it's even merely flat, investors should clean up off these starting prices.

It appears a lot of the rapid share price decline since the spin-off comes on trade war and tariff concerns. These are likely overblown. The Mexico trade situation now appears to be resolved, which should reduce the risk of a material disruption to the company's supply chain south of the border. The company does have a large sales presence in China, so that could be impacted for the duration of the trade war, but the sizable majority of revenues are in the U.S., so don't blow that out of proportion. 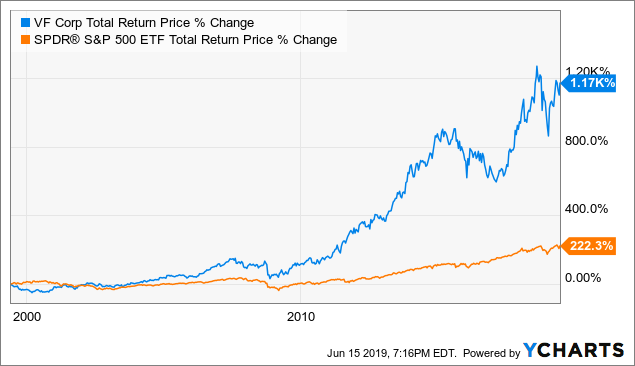 Over the past twenty years, V.F. Corp. has absolutely crushed the S&P 500 on a total returns basis while building up its record as a Dividend Aristocrat, providing plenty of both growth and income. While apparel isn't the flashiest sector out there and jeans, in particular, is not a hot market, I'm willing to give them the benefit of the doubt on the Kontoor spin-off, especially when we are at such as low P/E ratio and getting an 8% dividend from a stable business.

This is an excerpt of this past Sunday's Weekend Digest. Subscribe now to get the full edition of this and all future digests. Ian's Insider Corner membership also includes an active chat room, initiation reports for new stock purchases, and my responses to your questions.

Disclosure: I am/we are long KTB, VFC. I wrote this article myself, and it expresses my own opinions. I am not receiving compensation for it (other than from Seeking Alpha). I have no business relationship with any company whose stock is mentioned in this article.