Icon (NASDAQ:NASDAQ:ICLR) is a leading CRO company in terms of revenues that has the potential to maintain double-digit growth rates taking advantage of industry trends. The CRO market is expected to keep growing as more and more R&D will be outsourced by pharma companies like Icon. I consider Icon as a BUY as the company is expected to continue to outperform the market growing organically and through acquisitions. 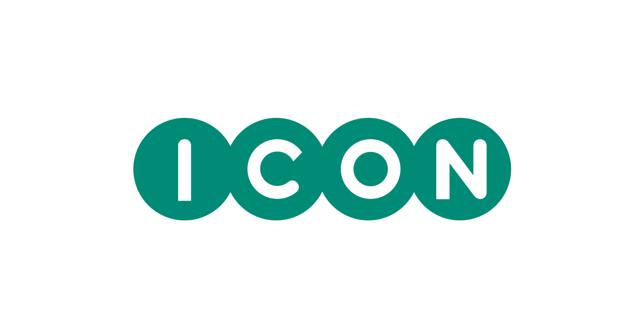 Icon is a Contract Research Organization (CRO) incorporated in Ireland. As such, it provides discovery and development solutions to the pharmaceutical, biotechnology and medical devices industries in the EU, US and other countries.

In terms of revenues by country as of 2018, Icon had the following revenue distribution:

The company specializes in the strategic development, management and analysis of programs that support various stages of the clinical development process from compound selection to Phase I-IV clinical studies. 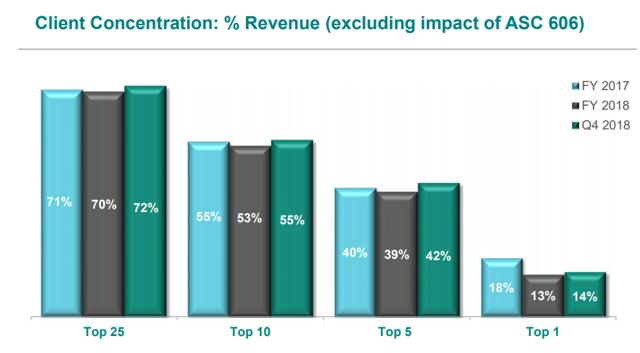 I personally don’t like such types of customer concentrations as if something happens with the top client the company loses a big pile of its revenues and it may take a significant amount of time to fill the gap that has opened. However, I am confident that Icon will be able to bring its top 1 customer dependence further down in the future.

The biopharma and pharma industries have been growing steadily in recent years and so has the CRO industry as big pharma has been outsourcing more and more of its R&D to CRO companies like Icon. CRO companies can be very helpful as they have bigger expertise especially in areas where large R&D spending is required and historical research is lacking.

In 2018, the CRO industry has been valued at around $37 billion and is estimated to grow at around a CAGR of 8.2% by 2024 as big pharma continues to outsource R&D and demand for high-quality clinical services increases.

At the same time, the global CRO industry remains highly competitive as top 10 firms by revenues hold around 60% of total market share. In addition, the industry is very fragmented as several large, global, full-scale companies like Icon are working with the biggest names in the pharma business and several hundred smaller CRO firms work with what is left (usually smaller companies). 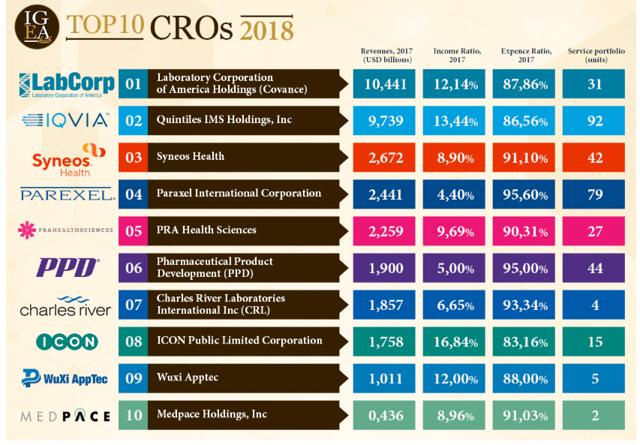 Growth has not been a problem for Icon despite the large competition as big companies are taking market share from smaller players insuring their leading position in the market. At the same time, smaller companies are constantly entering the market providing cheaper services with different expertise. This creates significant M&A opportunities for larger players as they seek to diversify their service capabilities by acquiring smaller more niche players who operate in different countries.

Over the past several years, the amount spent on mergers and acquisitions significantly increased reaching $24 billion in 2016. This is a whole new industry trend forming as the number of small companies is constantly increasing and throughout M&A big players can achieve geographical diversification, new therapeutic expertise and capabilities, cost saving and technology improvements.

Icon has been very active on the M&A floor as the company has acquired some very big names in the industry like Mapi Group, Molecular MD and most recently Medinova Research where the company has a majority holding and has the right to acquire the remaining shares by 2020. Those acquisitions allowed Icon to significantly extend the breadth and depth of its late phase capabilities and further extend its line of services in the cancer treatment space. Without a doubt those were some strong moves from the management but unfortunately the competition has been making great deals of their own which limited the gain in market share for Icon.

Despite the competition, Icon’s CEO told investors in the last earnings call that the company was gaining market share “without a doubt” and that they are doing particularly well against smaller and midsize players.

All of that, combined with the raised top-line guidance and the strong operating metrics, makes me confident that the company will maintain its position in top ten companies with highest revenues by growing at low double-digit rates and it even might climb higher on the lather.

Last quarter the company managed to grow its revenues by 8.8% yoy (11.1% CC.) which is a good growth rate given the competitive landscape. I think that Icon will easily maintain low double-digit growth numbers through organic growth as well as acquisitions. 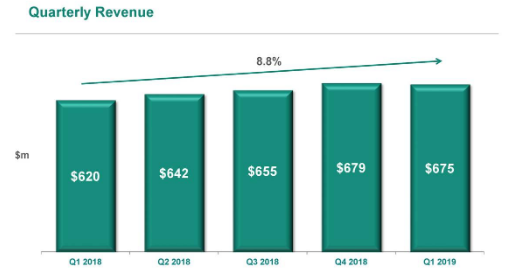 One thing that investors need to keep an eye for is the rising number of goodwill on the balance sheet as the company is very active on the M&A market. For the moment, the company is able to maintain its goodwill number around 30% of its total assets but any number higher than that will be a yellow flag for me. 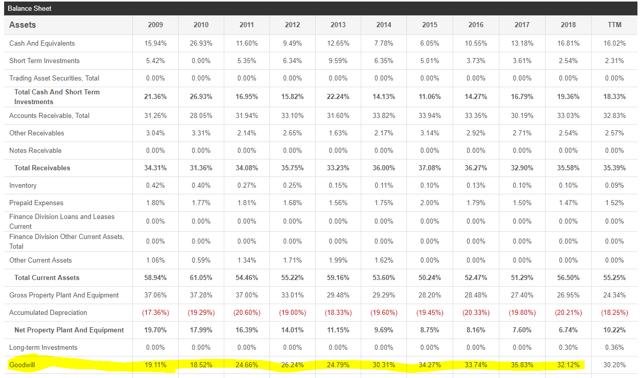 In terms of operating efficiency, the company is able to maintain the highest net income margin among its closest CRO peers in the face IQVIA Holdings (IQV) PRA Health Sciences (PRAH), Syneos Health (SYNH) and Laboratory Corporation of America (LH). The high profit margin and good asset turnover (1.10 compared to 0.33 for the industry) has resulted into significantly higher ROE to that of the competitors.

Price multiples show us that the company is significantly undervalued on a P/E basis but seems expensive on P/S. Nevertheless the higher P/S multiple seems justified to me as the company has twice the ROE of its peers and I would gladly pay the premium.

There are several risks that have to be highlighted:

Fixed contracts and customer concentration – Customer concentration is a risk that can hurt the top line if the contract is broken or the pharma company decides to do its R&D of its own or even shifts to another CRO. Pfizer and Icon have a long relationship history and Icon is constantly reducing its customer dependence so I don’t find this risk to be too significant. The fixed nature of the contracts indicates that CRO companies like Icon must constantly forecast their costs on a project. If the funds provided for research from the pharma companies prove to be lower than actually needed, Icon will have to ask for more funds which clients won’t always be willing to provide.

M&A slowing down and goodwill risk – A slowdown in the M&A activity in the industry can reduce the top line growth to single-digit numbers and Icon may find it hard to expand. On the other hand, growing too fast may create a large amount of goodwill that may get impaired in the future. An impairment expense may significantly hurt the profitability.

Competition – The same players have been dominating the CRO industry for many years without significant changes in top ten names. However, new names often appear with better and cheaper services and Icon has to watch its back while at the same time trying to grow its revenues.

A global slowdown in R&D – Changes in R&D spending of pharma and biopharma companies can result in demand swings for CRO services.

Icon is a leading company in the CRO industry that has a diversified revenue base in terms of geography and a strong relationship with its main client. The company is also able to maintain a double-digit growth rate in constant currency throughout organic growth and acquisitions. The sector will continue to grow as more and more R&D will be outsourced to CROs and new M&A opportunities will keep on emerging. I recommend Icon as a buy due to its strong positioning as a top industry player, high ROE, growth opportunities and reasonable valuation.

Smart Dividend
360 Followers
I am an analyst that has several years of experiance analyzing growth stocks from US, China and EU. I will start with growth stock and will eventually move to dividend stock which have always been my secret passion :)I will mainly use the top-down approach and will focus on the business and industry as well as on the analysis of financial statements and the valuation.

Disclosure: I/we have no positions in any stocks mentioned, but may initiate a long position in ICLR over the next 72 hours. I wrote this article myself, and it expresses my own opinions. I am not receiving compensation for it (other than from Seeking Alpha). I have no business relationship with any company whose stock is mentioned in this article.