GlobalSCAPE Inc. (NYSEMKT:GSB) offers a long-term growth opportunity to the patient investor. GSB is a pure play in the managed file transfer segment of the SaaS market. It is an underfollowed microcap with a market capitalization of ~$151 million and sales of ~$36.1 million. According to a new market report published by Credence Research, Inc. “Managed File Transfer Market”, the global managed file transfer market is expected to grow at a CAGR of over 6% from 2016 to 2023. GSB’s revenue growth rate is in line with industry projections. At this rate, sales may grow from $36.1 million to $75.7 million over the next several years.

No analysts follow GSB, and there are no estimates for earnings or sales available. There are no analyst target prices either. This lack of analyst coverage offers a great opportunity as the company grows and subsequently gathers analyst coverage. 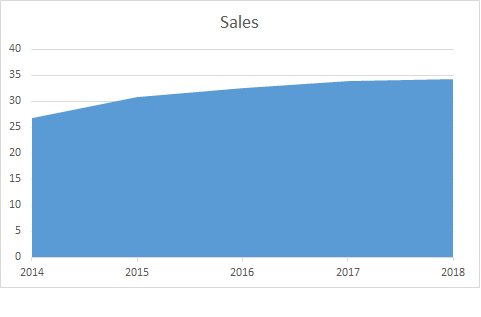 Over the years, net income has been rather erratic. For the trailing twelve-month period, net income totaled $7.0 million. In the previous five years, net income was as low as $1.4 million. During this same period, earnings per share (diluted continuing) reflected this same pattern. In FY14, earnings per share were $0.15 and subsequently decreased to $0.08 in FY17. Earnings doubled in FY18 to $0.17. The past twelve months were even better, and earnings more than doubled to $0.38. Each quarter of the past twelve months saw better earnings than in the comparable quarter in the prior year. 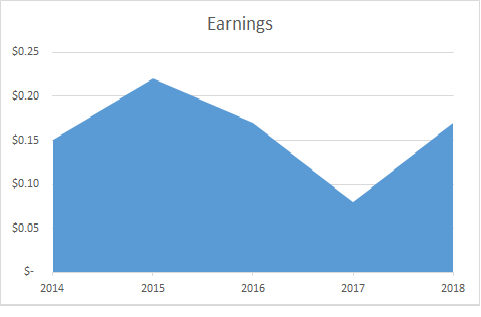 The company’s gross margins have been relatively consistent over the years, which suggests that GSB has the potential to increase earnings in the near future. Gross margins have ranged from a low of 80.7% to a high of 82.1%. In the most recent twelve-month period, gross margins expanded to 83.2%. Research by Professor Novy-Marx suggests that gross profits scaled by total assets are a good predictor of future share price. 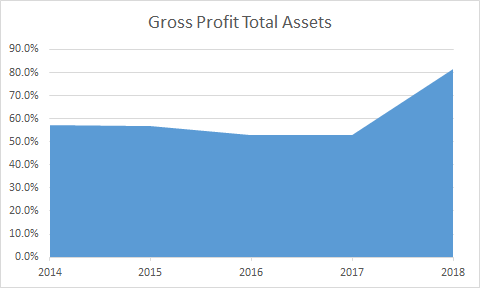 The balance sheet provides the information we need to measure the financial strength of a company and the company’s ability to manage the vicissitudes of the market. There is no one metric that adequately measures financial strength, so several metrics are used. Taken together, these metrics give us a picture of the company’s strength.

GSB carries no debt that by itself is a positive sign. 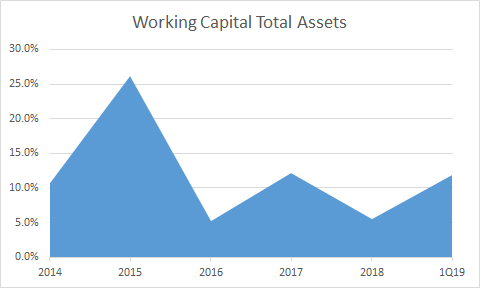 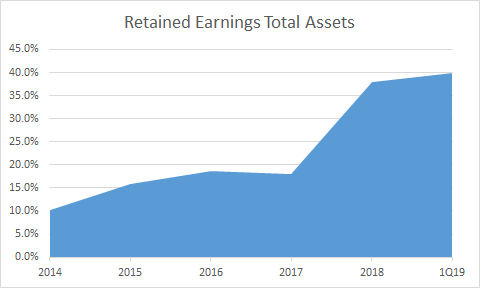 Return on total assets is a ratio that measures a company's earnings before interest and taxes relative to its total assets. We consider this ratio an indicator of how effectively a company is using its assets to generate earnings. 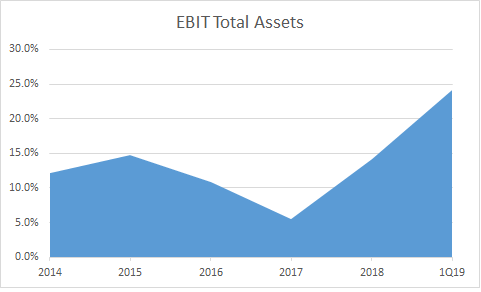 Market capitalization to total assets tells us how much of the market cap is backed up by total assets. In other words, it is the premium the market places on a company’s assets that is related to how well the company utilizes its assets to generate profits. 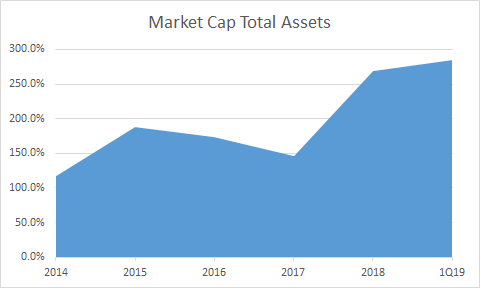 What we see here is that the market is expressing increasing confidence that GSB is able to generate profits in excess of the value of its underlying assets.

Sales to total assets is a measure of a company's efficiency in managing its assets in relation to the revenue generated. The higher this ratio, the smaller the investment required to generate sales revenue and, therefore, the higher the profitability of the company. 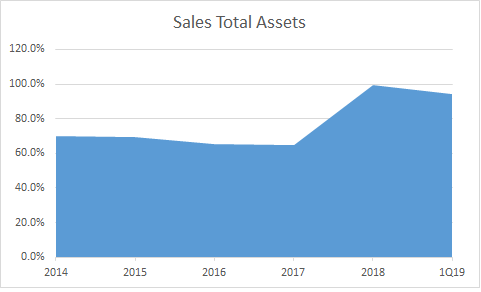 Since 2017, GSB has made strides in increasing its asset turnover. The asset turnover for the industry is about 70.0%, whereas for GSB, it is about 94.5%.

Return on assets (ROA) is an indicator of how profitable a company is relative to its total assets. ROA is an idea as to how efficient a company's management is at using its assets to generate earnings. 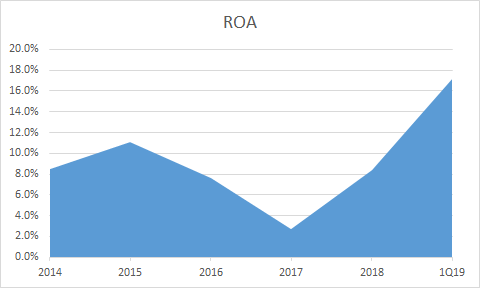 We continue to see the effects of the turnaround that started in 2017. ROA bottomed at 2.7% and has rebounded to 17.2%. The median ROA value for the software industry -7.4%.

ROE is a measure of how effectively management is using a company’s assets to create profits. GSB’s pattern of returns on equity is consistent with the other patterns seen in the above graphs. The low point is 2017, and the rebound exceeds past returns. 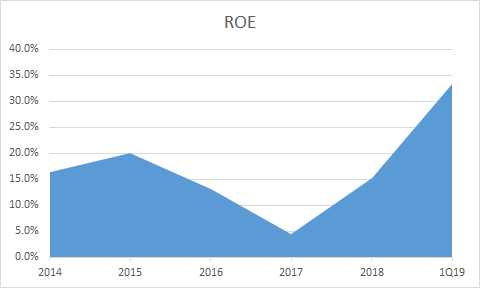 The industry median return on equity is a paltry 2.5% whereas GSB generates a return of 33.4%.

The dividend yield is 0.7%, and the buyback yield is 21.1%, providing a total shareholder yield for the twelve-month period of 21.1%.

The current price-earnings ratio of 24.3x seems rich for a company with no analyst coverage and forward earnings estimates. Using a no-growth model of economic earnings, I estimate GlobalSCAPE’s value to be ~$8.80. GSB is growing NOPAT at the rate of 7.0% per year that indicates to me that GSB has significant upside in the coming years.

GlobalSCAPE is an underfollowed microcap company with great prospects for the future. Several institutional investors already own shares. When the company grows to a size that attracts analyst attention, the company will attract a larger following. The share price has already doubled, and I would expect it to double again in the coming year.

Ron Sommer
738 Followers
Ron Sommer was a chief financial officer at an institution of higher education in New York City. He has 40 years of financial management experience in the public, private and not-for-profit sectors. Sommer has also been a private investor for more than 30 years. He uses a ruled-based quantitative model.

Disclosure: I am/we are long GSB. I wrote this article myself, and it expresses my own opinions. I am not receiving compensation for it (other than from Seeking Alpha). I have no business relationship with any company whose stock is mentioned in this article.