Amerant B (NASDAQ:NASDAQ:AMTBB) shares are undervalued based on both P/B value and its relative price to A shares (NASDAQ:AMTB). As of this writing, A shares trade at around $17.94 resulting in a P/B of 0.997. Meanwhile, B shares trade at $15.2 with a Fwd P/B value of 0.84.

Class A shares trade at an 18% premium over B shares, and the only advantage they come is the right to more votes. For the average investor, whose vote won't really matter in deciding the direction of the company, B shares present a great opportunity to buy a good company at a steep discount. 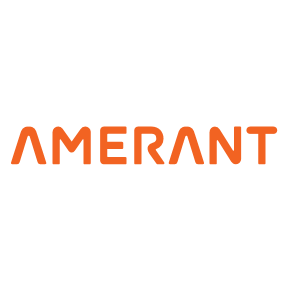 Amerant Bancorp Inc. is a bank with $8.1 billion in assets and $747.4 million in shareholders' equity. Although it has existed since 1987, it was previously a wholly-owned subsidiary of Mercantil Servicios Financieros, C.A, a Venezuelan financial services company. However, starting in 2018 Mercantil Servicios Financieros spun off Amerant, and on august of that same year the company started trading on the Nasdaq exchange.

Amerant has two types of shares, Class A Common shares and Class B common shares. As previously mentioned, class A shares trade at a price over 18% higher than B shares. So, the question arises. Why is there such a big gap between both shares? What's the difference?

This might have to do with some big players trying to gain more control of the company by purchasing A shares, the inclusion of A stocks in the Russell 2000 index, or the fact that the trading volume of B shares is too low. Nonetheless, in the end the only difference between stocks is in their voting rights.

According to the company's 10-K filings, Class A shares are entitled to one vote, while B shares are entitled to 1/10th of a vote. Does this difference in voting rights really is worth a 18% premium? I believe not. Unless you are one of the major shareholders and wish to have an active role in the decision making of the company, there is practically no difference in holding either stock. In the end, you get the same dividends. For this reason, I believe B shares present a great opportunity for the small investor.

Just last week, the difference between shares was over 26%, and B shares were trading at less than $15. For this reason, some active investors might want to wait and see if they can nab some B shares at a larger discount than the current one.

To make sure that class B shares are indeed undervalued, and that it's not a case of A shares being overvalued, let's look at some valuation metrics of both companies.

Banks usually trade at P/B of over 1. For this reason, I believe A shares to be slightly undervalued while B shares are severely undervalued. Given the fact that Amerant has been delivering solid results for several years, and the company is not facing any large threat, I see no reason for B shares to be this priced this low.

In terms of earnings, the company had EPS of $1.17 for the last four quarters. With prices of $17.94 and $15.2 for A and B shares respectively, this results in P/E ratios of 15.33 and 13. Both of these ratios are good but not great for banks. Still, they show the company is delivering solid results and that there is no reason for B shares to be trading so far below their P/B value.

Amerant has been delivering solid results for some time, but B shares seem to be considerably undervalued. Class A shares trade with an 18% premium over B shares, despite the fact that the only difference between the two is the number of votes they each grant its holder. B shares are valued far below their book value, with a P/B of just 0.84, and a P/E of 15.33. I don't think this situation will continue moving forward. Once the market realizes this, I believe B shares will rise until their P/B is at least above 1, and the gap between A and B shares will narrow. Now is the time to buy Class B shares of Amerant.

Alberto Wallis
977 Followers
Financial Analyst at Fincredible. I'm focused on finding quality growth stocks with significant potential for outperformance. I look for companies with sound business models and economic advantages that can deliver strong results over the long term. I studied Economics at the Universidad Metropolitana in Venezuela, and I'm currently pursuing a Master's Degree in Finance com IESA Business School.