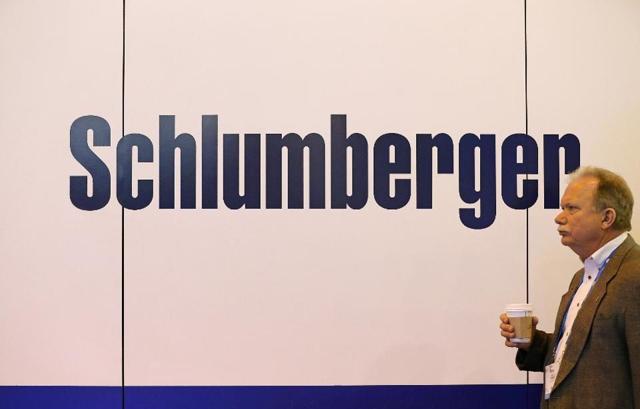 Earnings season continues to center around which oil services companies have a major share in North America and which ones do not. Schlumberger (SLB), Halliburton (HAL), and Baker Hughes (BHGE) have dominated the sector. Weatherford International (WFT) was known for its prowess in North America land drilling, but it is expected to file Chapter 11 bankruptcy. Weatherford's financial problems could remove a major participant from the market (in the short-term) and potentially improve pricing for the remain oil services players.

In December, Schlumberger rang the alarm on North America, warning of a pronounced decline in fracking activities. The company's Q1 2019 revenue fell 4% Y/Y. Brent oil prices are close to $65, up from $51 at the end of December. They are still well off their October 2018 peak of $85. Are oil prices high enough to spur E&P going forward? Somehow, I doubt economic forces or oil demand will justify more E&P. 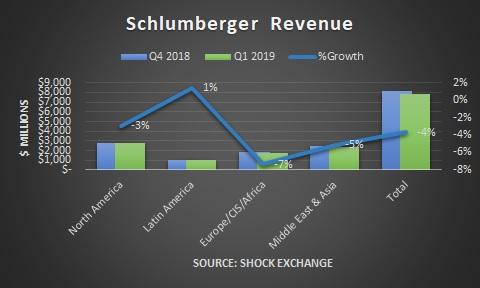 Schlumberger's revenue in North America fell 3% Q/Q. It is the company's largest segment at 35% of total revenue. We will know more after the Q2 earnings release whether animal spirits have returned to North America. Latin America revenue rose 1% on growth in the GeoMarket in Mexico and Central America. Europe, CIS, and Africa was down due to seasonality, while the Middle East experienced lower E&P. That said, the company's performance in North America will likely drive sentiment going forward.

What Happens In Offshore?

The offshore market has been largely ignored over the past few years. Some thought the market would awaken in Q2 2018 when oil prices spiked. With oil prices in the $60 range, deepwater E&P may not be as lucrative. A proxy for Schlumberger's offshore prowess is Cameron, which it acquired three years ago. In Q1, Cameron had revenue of $1.2 billion, down by high-single digits Q/Q.

Breakeven costs for subsea have come down, but $60 oil prices may not be high enough to convince operators to go big on subsea E&P. At some point, oil prices may be driven by global demand instead of OPEC supply cuts. That juncture may have arrived; it does not bode well for future oil prices and the offshore segment.

Valuation Leaves A Lot To Be Desired

With over $6 billion in quarterly operating costs, Schlumberger could have levers to pull. Management could cut into those costs if need be. Its Q1 2019 EBITDA margin of 20% was off by 300 basis points compared to Q4 2018. Its margins remain best in class among the major oil services firms. With an enterprise value of $71 billion, SLB trades at 10x last twelve months' EBITDA. The stock has run up over the past few weeks in lockstep with broader markets. However, the valuation likely does not reflect the cyclical nature of the company's earnings going forward. OPEC supply cuts have caused distortions in oil prices, but that narrative may have run its course.

SLB is down 40% Y/Y. Stagnant E&P in the oil patch makes the stock a sell.