The following June OPEC data is based on the latest July OPEM Monthly Oil Market Report and is in thousand barrels per day. 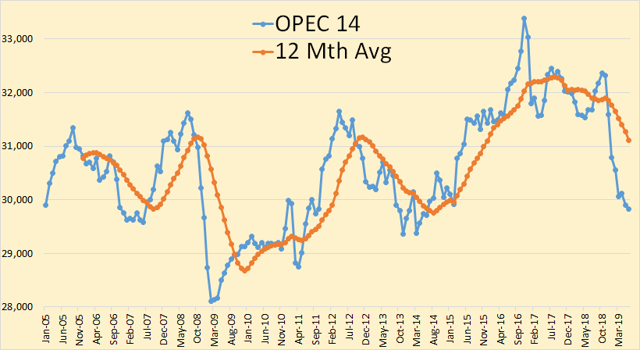 OPEC 14 crude-only production was down 68,000 barrels per day in June. 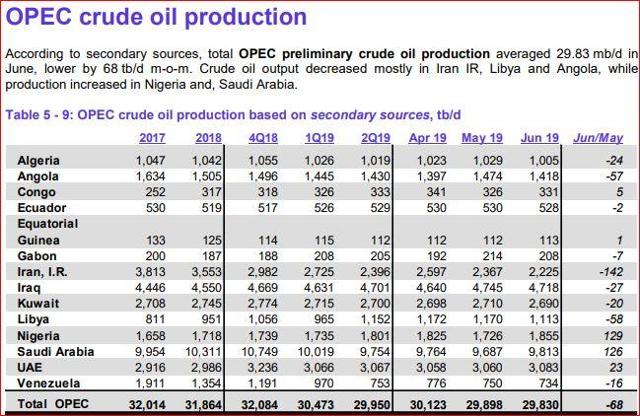 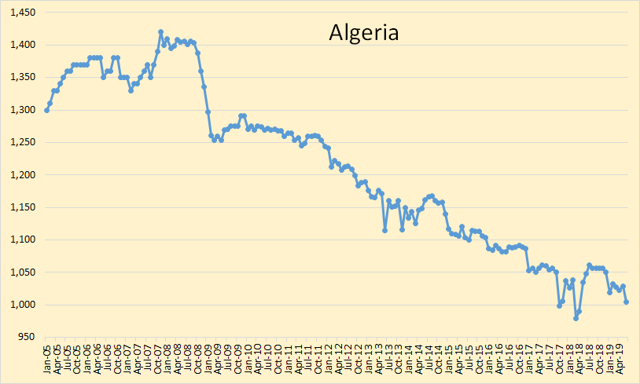 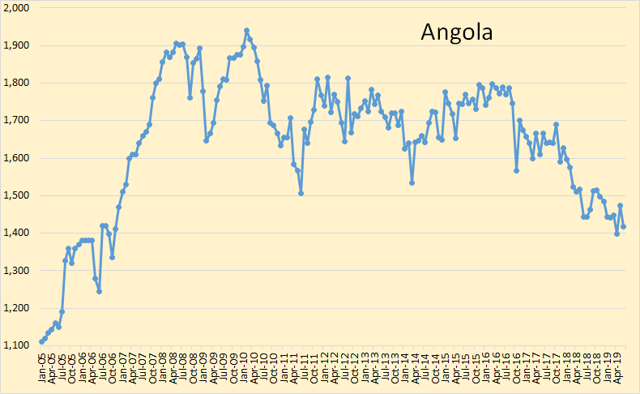 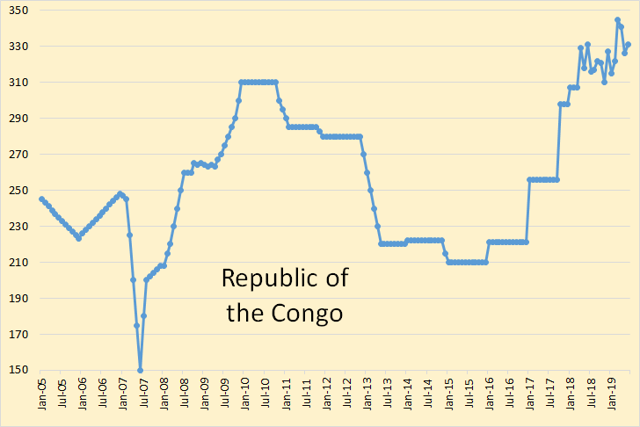 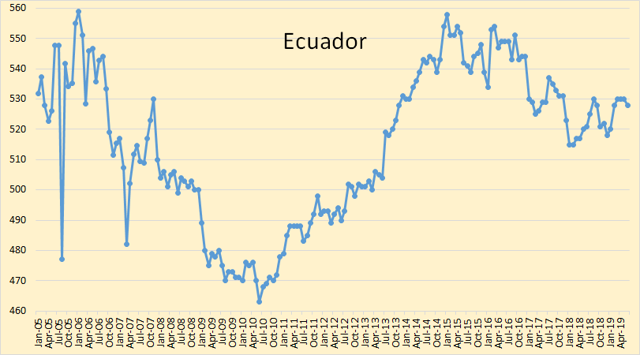 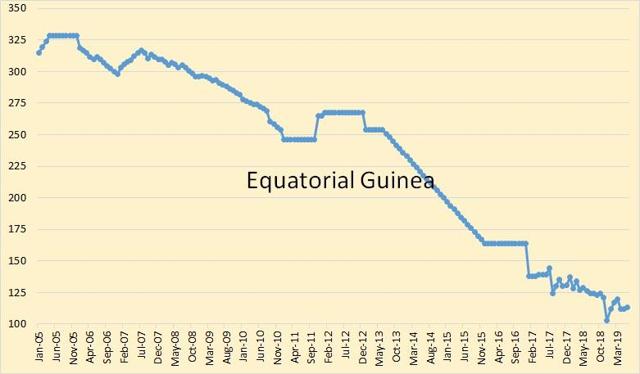 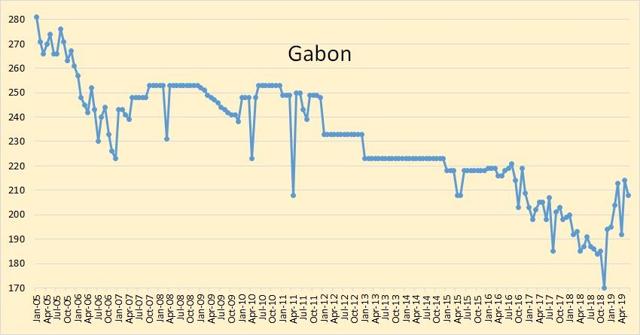 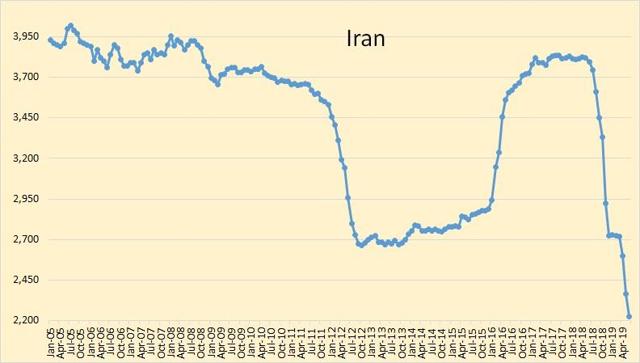 Iran continues to decline, down 142,000 barrels per day in June. 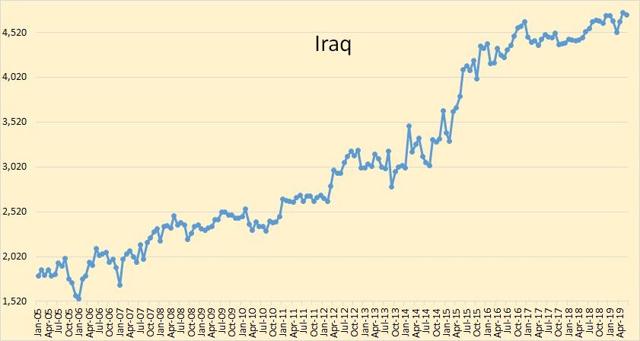 Iraq is still pretending quotas do not exist. 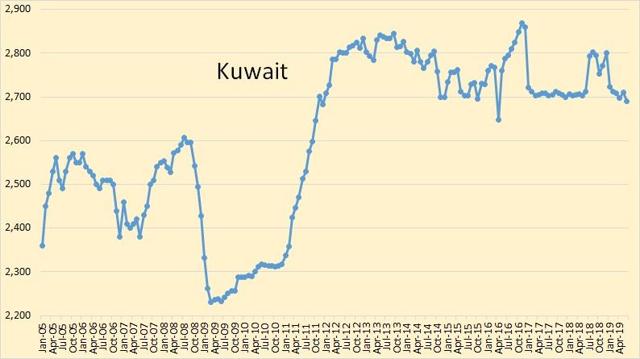 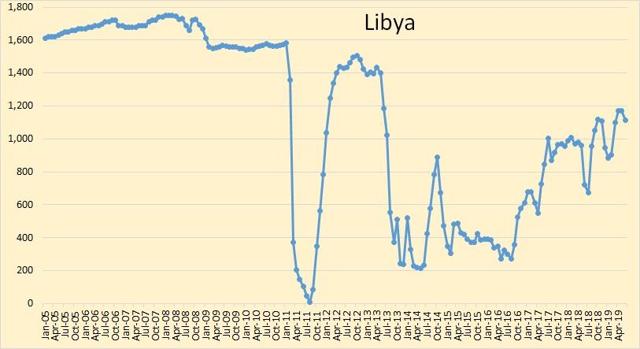 I think the rebels are only having a slight effect on the Libyan production. It appears to be producing at near maximum possible production even if there were no rebel problems. 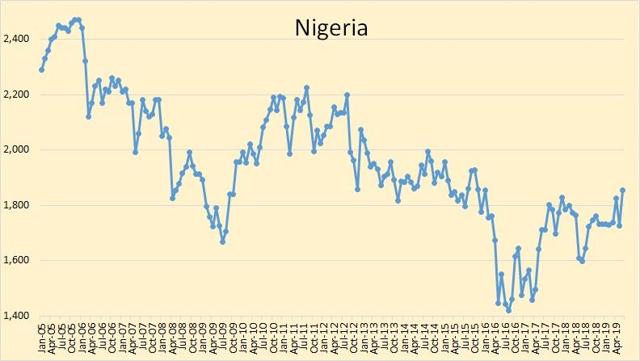 Though Nigerian production was up 129,000 barrels per day in June, I think it is well past its peak and is now in slow decline. 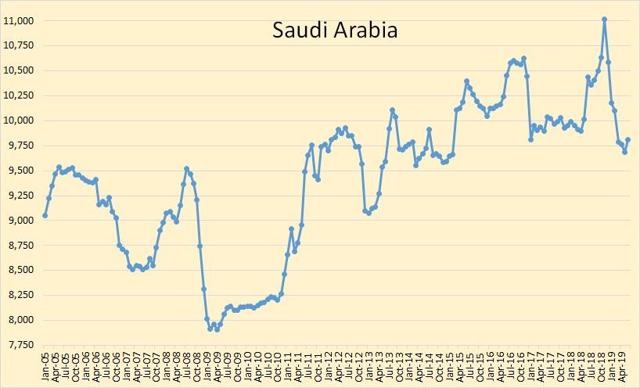 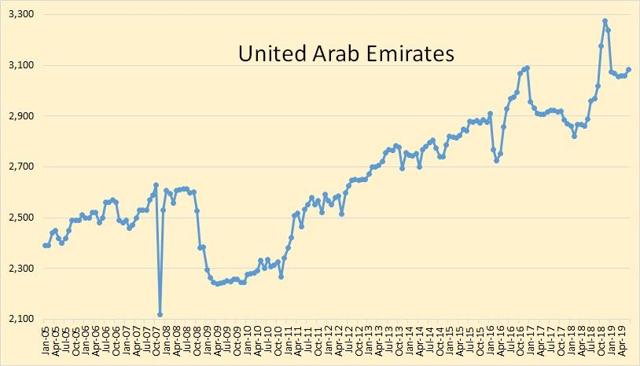 The UAE is holding steady at just over three million barrels per day. 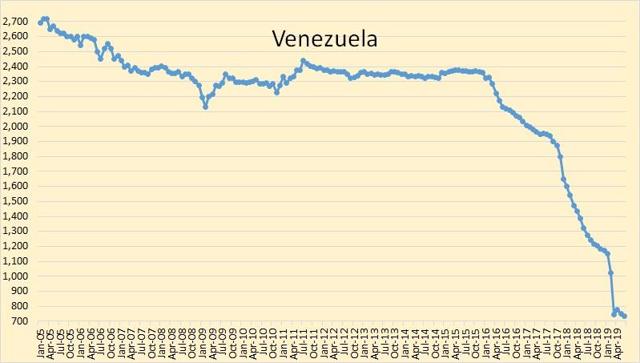 Iraq, Libya, and Venezuela are exempt from quotas. Iraq is not exempt; it is just ignoring its quota and producing flat out. 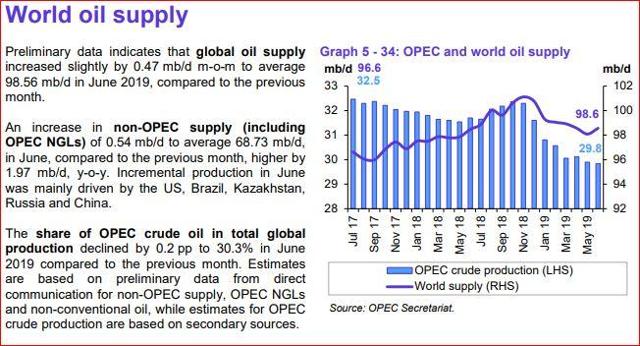 I think OPEC's estimate of world liquids production for June is just a tad optimistic. 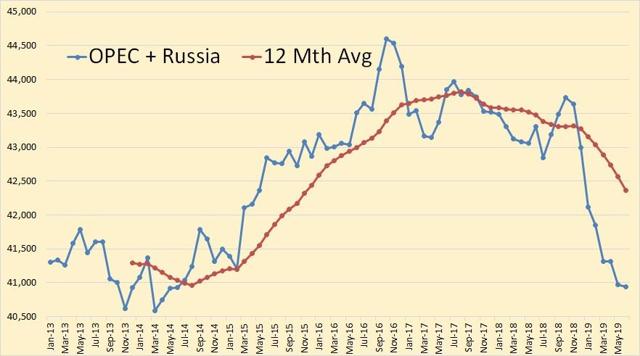 In a previous commentary, we focused on the profitability of modern shale wells across the Wolfcamp A zone. This time, we are analyzing historical vintages of Wolfcamp A wells from 2014 to 2018. Figure 1 shows a historical three-stream production profile for these vintages from ShaleWellCube, along with the forecast for future periods. The combined output from all five vintages peaked at 1.452 million barrels of oil equivalent per day (boepd) in December 2018, and it is expected to decline to 420,000 boepd by December 2022. 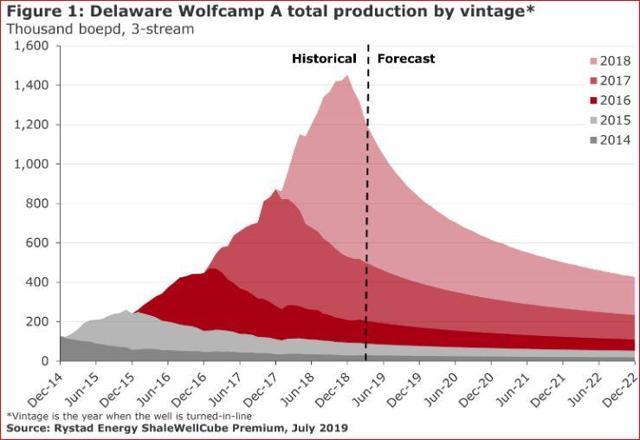 The above chart shows only production prior to 2019. The interesting thing about this chart is that it shows the Delaware Wolfcamp production, prior to 2019, declining by 600,000 by December 2019. That's how much it needs to produce in 2019 just to stay even. 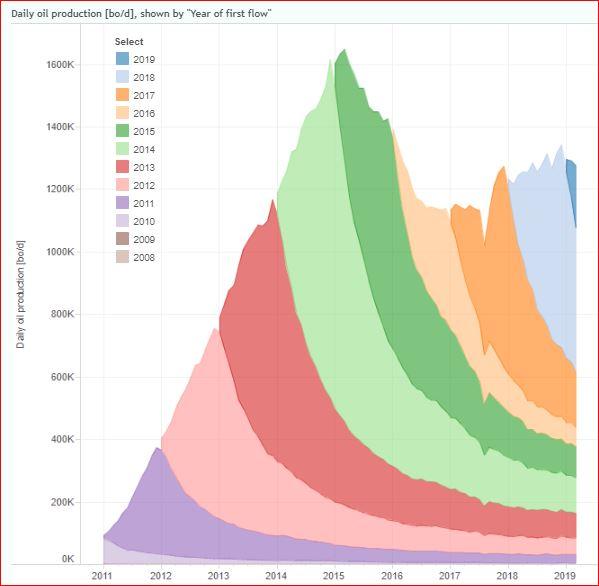 Ron Patterson and Guests
1.45K Followers
Ron Patterson is a retired Computer Engineer. He spent five years in Saudi Arabia working for Saudi ARAMCO. He has followed the peak oil story since 2000. Ron started blogging on peak oil in 2013. His web site, PeakOilBarrel.com is one of the most followed blogs on the subject. Ron's interest are geology, biology, paleontology, and ecology. His hobbies are blogging and kayak sailing. Ron is now retired and turned over the administration of the site to Dennis Coyne. Ron is still an active participant on the site and guests now provide timely posts.
Follow
18 Comments
To ensure this doesn’t happen in the future, please enable Javascript and cookies in your browser.
Is this happening to you frequently? Please report it on our feedback forum.
If you have an ad-blocker enabled you may be blocked from proceeding. Please disable your ad-blocker and refresh.