Psychemedics (NASDAQ:PMD) focuses on its patented hair-based drug-testing system. The drug and alcohol testing market is a $6 billion market that is expected to grow at a high single-digit rate in the coming years. The two general macro drivers behind the expectation include stricter legal environment due to increasing drug usage and heightened awareness among employers while firm-specific drivers include hair based method's longer detection window and ability to detect drug abuse history. Although the firm delivered strong results for a good period of time, a lack of high entry barrier makes PMD vulnerable, which means that there is an absence of economic moat.

Currently, drug and alcohol tests focus on numerous samples such as urine, breathe, hair, saliva, sweat and blood and there's some evidence that hair testing may have some advantage over the most commonly used drug testing methods such as urinalysis and saliva samples, these advantages include longer detection window, ability to detect abuse history and possibly higher accuracy rates. There may also be benefits related to ease of testing. But there are caveats with Psychemedics. Recently, 55% of its independent distributor Psychemedics Brasil was acquired by a healthcare provider in Brazil, which is one of its principal markets. Psychemedics Brasil also accounted for 20% and 23% of the total accounts receivable balance as of December 31, 2018, and 2017, respectively.

The most promising market for Psychemedics is the corporate market who intends to use PMD systems for detecting drug usage in pre-employment/post-employment situations. PMD reports that 85% of the drug users identified by Psychemedics hair testing would be missed by urinalysis because of its much longer detection window (3 months against 2-3 days for Urinalysis and 1 day for saliva/oral fluid tests) and unique patented technology.

There are multiple benefits related to hair testing, it addresses cheating tactics better because collection process can be easily monitored and is non-invasive, the accuracy rate is higher than urinalysis and fluid-based testing and allows to detect abuse history due to longer detection window.

Quarterly revenue since 2016 is essentially flat, minor fluctuations around the level of $10 million, the firm has surely not been able to game up its sales strategies. On the other hand, profit has been declining for quite some time now. Now, PMD's 7.13% dividend yield is one of the highest in its sector, scored as 9 out of 10 by Seeking Alpha. Some investors might be loving the dividend but there are a handful of risk factors with the firm. One of these factors is the fact that the firm's high payout might lead to a situation where PMD will lack enough capital for R&D projects, another factor is the selling costs. In order to effectively market its products and capture a larger market share. The dividend safety is not as lucrative as the dividend yield or the payout. Although PMD's sales growth is lower than the peer median, profitability is significantly high when compared to the median value. 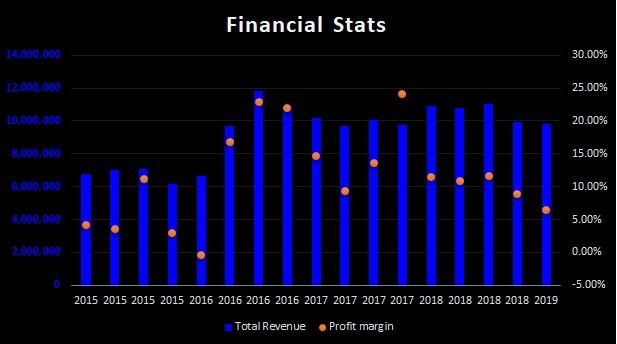 Relationship between revenue and accounts receivable looks normal, I have found no problem in revenue recognition issues. 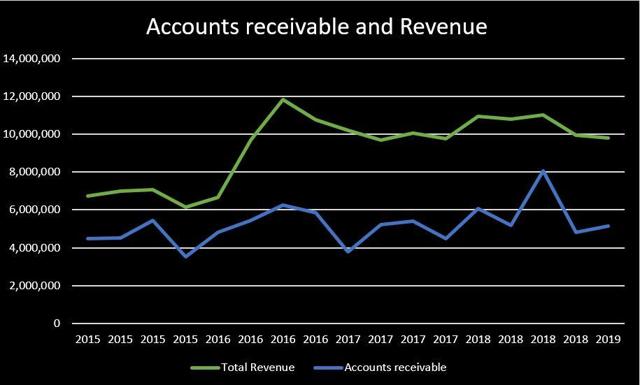 Now, Psychemedics could make a good acquisition target. It is one the largest hair-based drug testers in the world; it has little debt and has no litigation issues. In fact, being acquired would be the best thing for the investors not only because of gains in premium but the acquirer could also unlock hidden value from the acquisition. Big names with diversified medical and testing operations could add significant value to the firm, it will be a win-win for both the parties.

Besides higher profitability, one reason the investors want to buy PMD is its cheap valuation. Indeed, PMD is trading at a noticeably lower point when compared to its historical points. But this picture may also indicate that the market is aware of its future sales growth and its lack of a moat. This is a classic case when small-cap oriented growth investors rush into a stock thinking cheap valuation and higher profitability, but when revenue declines subsequently the slope of the price decrease is sharp. 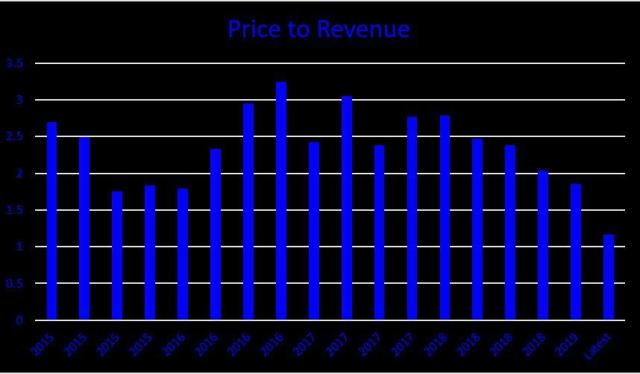 Barriers are not high for the industry PMD operates in. There are far more capable firms with significantly more power to disrupt the industry. Moreover, 55% of its independent distributor Psychemedics Brasil was acquired by a healthcare provider in Brazil which also accounted for 20% and 23% of the total accounts receivable balance as of December 31, 2018, and 2017, respectively. Another important factor is the pricing, PMD's hair based testing is more costly compared to Urinalysis, although the firm says that it delivers greater value, the incremental cost is a factor. If a big name competitor enters the market with lower pricing and can endure losses for a couple of years, PMD will lose its market position.

Psychemedics is a risky bet at a cheap price. Although hair-based testing does have some benefits over other methods, there are disadvantages too. Moreover, revenue is essentially flat and there is not a clear path the firm is going. However, if the firm was to be acquired, some hidden value could be unlocked. The price now looks justified but adding more to the position is not advisable. A low debt position is good, but the narrowly traded firm has a high-risk profile as indicated by the high specific risk and conditional VaR, besides other market factors discussed previously. Recently the firm has received FDA approval for Fentanyl testing which is a positive for the firm. Combining all the factors, PMD is a hold.

Abrar Hassan Saadi
653 Followers
I always try to strike a fine balance between quantitative and qualitative factors and take a holistic approach in my research. My articles contain my opinions, they are not investment advice.