NESR may be facing increased negative pricing pressure as oil prices have fallen from the Q4 2018 highs and competitors sharpen their pencils to keep rig utilization high.

Houston, Texas-based NESR began as a special purpose acquisition company, or SPAC, in May 2017 and is now the result of the combination of Gulf Energy SAOC and National Petroleum Services [NPS] which occurred in June of 2018.

Management is headed by Executive Chairman and CEO Sherif Foda, who has been with the firm since inception and has held several executive positions at Schlumberger, most notably as President of Schlumberger Europe and Africa.

The company provides its services primarily in the MENA region and is the only Nasdaq listed firm operating there.

Below is a brief overview video of NESR:

NESR provides a range of production services and drilling & evaluation services for conventional oil & gas exploration and production companies in the locations shown on the map below: 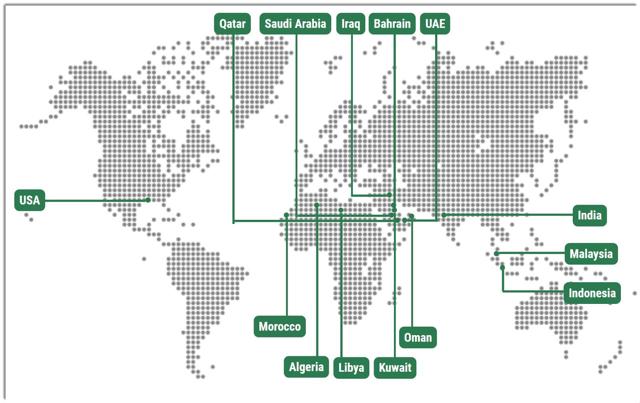 NESR’s topline revenue by quarter has generally trended upward over the past five quarters, with the exception of Q1 2019 likely because of seasonal activity changes, as shown in the chart below: 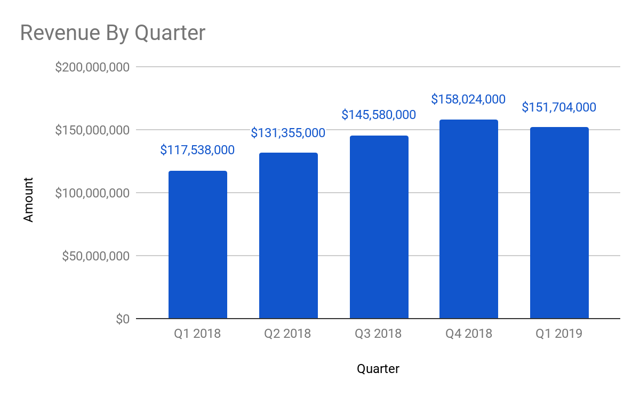 EBITDA has fluctuated over the past five quarters and fell in the most recent quarter (Q1 2019), which management says is due to normal seasonal activity: 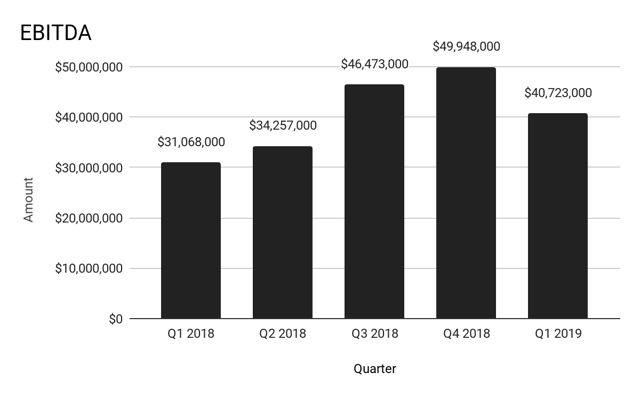 Source for above graphics: Seeking Alpha 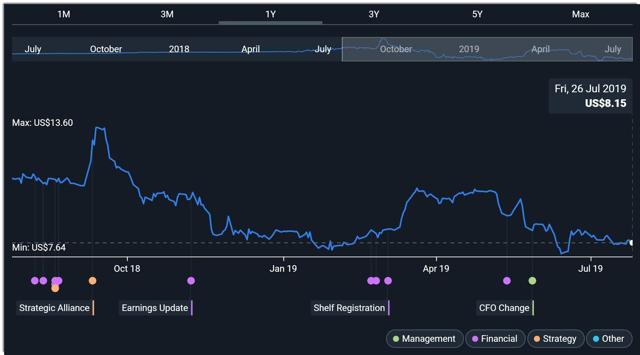 Analysis of earnings call sentiment by covering analysts has shown relative stability in sentiment, as the chart shows here: 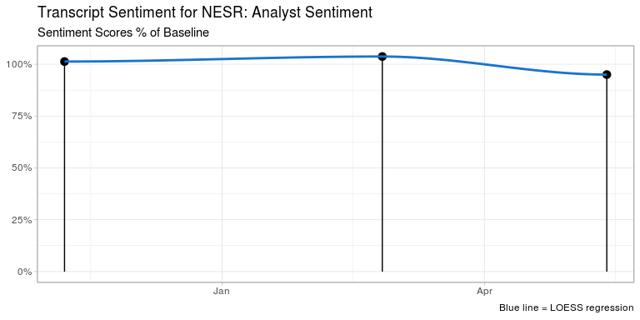 Earnings surprises in the last three quarters have been negative in two of the three periods:

NESR’s results show the effects of volatility in world oil & gas market pricing over the past several quarters.

In its May 13 earnings call, management highlighted its revenue growth as ‘more than double the industry average’ year-on-year, while the rig count in the MENA region continued to increase.

In the core GCC countries, CEO Foda sees strong trends and a solidifying growth environment ahead.

He cited a trend toward broader drilling efforts by the major companies as they seek to increase production in harsher environments and unconventional formations.

Additionally, certain NESR clients are paying more attention to their gas resources for internal production purposes as they convert from diesel-powered plants and to produce cleaner-burning fuels for environmental reasons.

As a result, the firm is betting on a continued increase in demand for new skill sets and capabilities as well as broader well production demand.

Against this, NESR is seeing pricing pressure in some sectors most notably larger projects.

While Foda largely discounted this pressure, given the sharp drop in London Brent since the end of 2018, as shown in the chart below, I suspect that market participants are increasing their competitive intensity and we may see further downward pricing pressure:

I expect its next quarterly report will be very helpful in determining how tough the pricing environment is as downward macro pricing pressures remain strong and service provider discipline is likely weak.

I research IPOs, technology M&A deals, and other interesting topics.

Members of my proprietary research service IPO Edge get the latest IPO research, news, market trends, and industry analysis for all U.S. IPOs. Get started with a free trial!