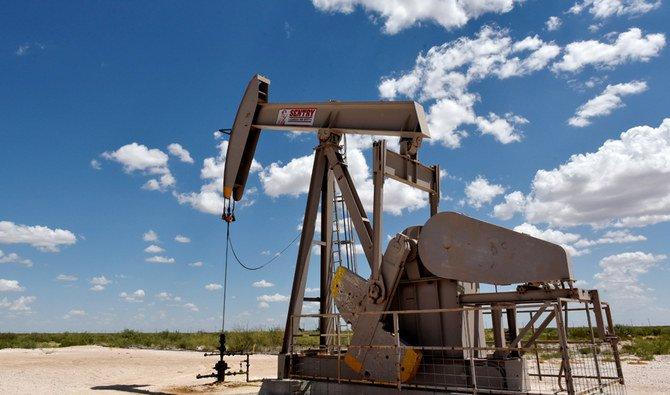 Oil has been under pressure from concerns over global economic growth amid ongoing US-China trade tensions. (Reuters)

An eventful week ended with downward momentum for oil prices. Brent crude fell to $61.89 and WTI dropped to $55.66 per barrel.

Oil has been under pressure from concerns over global economic growth amid ongoing US-China trade tensions.

However, crude remains healthy, reflected by growing demand from refineries in Asia, where new refining capacity is coming online.

Exports from the Arabian Gulf to Asian refiners are growing - a key barometer for the overall health of the global crude market.

Though crude oil trading activity in the Gulf region has been threatened amid political turmoil in the Strait of Hormuz, there has been no change in Asian refiner plans from the area.

Upcoming September crude oil trading was completed without a single unsold single cargo for sour crude from the Arabian Gulf.

The strength of underlying demand in the market was highlighted by China's record crude oil imports from Saudi Arabia in July.

Libyan crude oil production fell below 1 million bpd to just 950,000 after the Sharara oil field, the largest in the country, went offline for the second time in as many weeks.

There was a huge decline in US crude oil stockpiles for the seventh week in a row. The EIA reported that US crude inventories declined by nearly 49 million barrels in the last seven weeks. It is the longest retreat since the winter of 2017/18 when they fell for a record 10 consecutive weeks.

Stockpiles of gasoline and distillate fuels also shrank, which should ease concerns about slowing consumption, as strong summer demand in the US continued to drain stockpiles. The EIA report showed total US inventories were at their lowest level since late May.