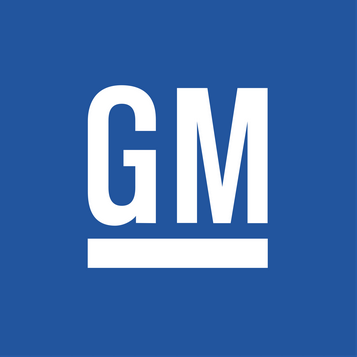 General Motors (NYSE:GM) reported better-than-expected second quarter earnings at the beginning of the month, but I am nonetheless having a hard time seeing upside potential for GM in an environment of increasing trade hostilities between the United States and China. Further, Ford Motor (F) recently gave a disappointing outlook for 2019 as economic risks are growing for U.S. auto companies that are heavily dependent on both trade and domestic consumer spending. The risk/reward for GM is currently not attractive.

For the second quarter, General Motors reported net revenues of $36.1 billion, which was 1.9 percent lower than in the year-ago quarter. Analysts expected the auto company to report revenues of $36.0 billion.

General Motors also said it earned $2.4 billion in Q2-2019, 1.6 percent more than the auto company raked in in the year-ago quarter. In terms of adjusted per share earnings, General Motors pulled in $1.64/share compared to $1.81/share in Q2-2018, reflecting a decline of ~9 percent. The consensus earnings estimate for GM's second quarter was $1.44/share, meaning GM delivered a solid $0.20/share earnings beat.

Despite the drop in sales year-over-year, General Motors benefited from strong domestic sales in the truck, SUV, and crossovers categories. GM's average transaction prices rose by $1,575 to a second quarter record of $37,126 compared to an industry average of $33,681. Price effects have had a positive impact on General Motors' second quarter profit growth. 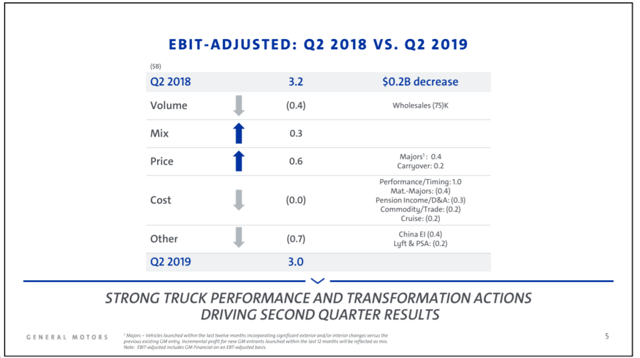 As usual, the overwhelming portion of General Motors' profits came from North America, which accounted for nearly 100 percent of the company's adjusted EBIT in the second quarter. 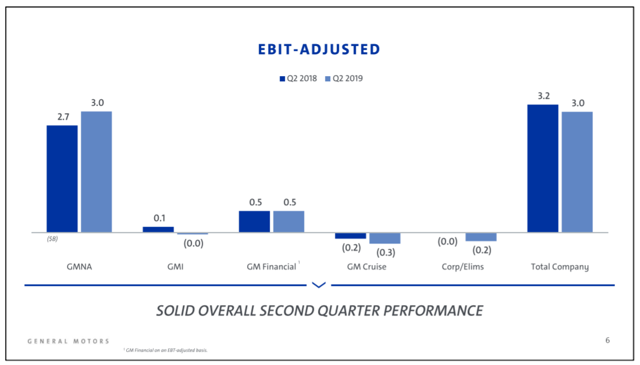 General Motors was also solidly profitable on a cash flow basis, which isn't that surprising given its strength in domestic vehicle sales. General Motors' adjusted free cash flow was $2.5 billion in Q2-2019, just slightly below the $2.6 billion in adj. FCF the company pulled in last year. 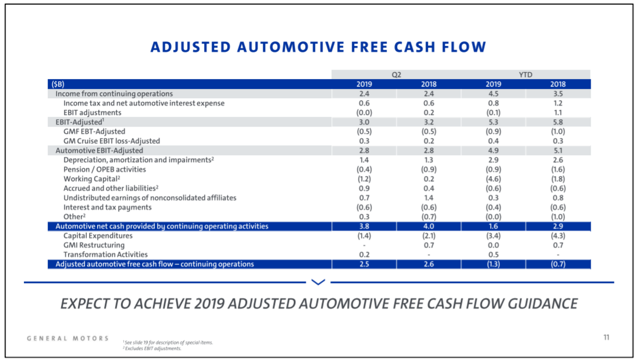 General Motors continues to expect $6.50-7.00/share in adjusted profits, unchanged from the beginning of the year. General Motors also reaffirmed its FCF target of $4.5-6.0 billion in adjusted automotive free cash flow in 2019. 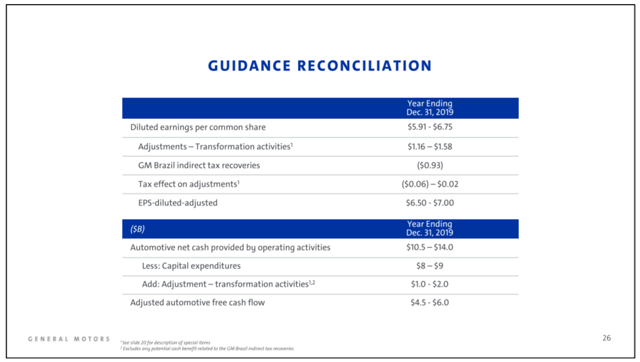 The trade war between the U.S. and China escalated last month again when U.S. President Trump announced that the U.S. would impose another 10 percent tariff on $300 billion worth of Chinese imports, starting September 1, 2019. The tariff announcement triggered a sell-off in the stock market and raised investor anxiety levels just at a time when the Fed began to decrease interest rates on the back of slowing economic growth.

The developments are not good news for investors and auto companies with cyclical earnings profiles that depend on a healthy U.S. consumer.

The new escalation in the trade war can have dire consequences for U.S. auto companies which can become targets for retaliatory tariffs. The U.S. has long accused China of manipulating its currency in order to make its products more attractive to international buyers, and the most recent devaluation of the yuan suggests that China might be trying to retaliate more covertly against President Trump's new tariffs.

Further, declining interest rates, in the worst case scenario, indicate the end of the current rate hiking cycle which, in turn, points to slowing economic growth and harder financial times for U.S. auto buyers. A decrease in economic growth paired with a contraction in U.S. consumer spending would be red flags for the GM investment thesis as well.

If U.S. consumers scale back their purchases of trucks, crossovers, and SUVs, and GM's transaction prices start to slide as a result, General Motors will be hit where it hurts the most: Its domestic automotive business. A weakening outlook for U.S. vehicle sales, which investors should closely follow, would likely result in a much more muted growth outlook for General Motors and other auto companies. If the U.S. vehicle market shrinks and General Motors' inventory levels build up, for instance, I expect General Motors to restructure its operations and lower capital returns to shareholders going forward. GM's dividend is vulnerable and could be adjusted downwards if the U.S. vehicle market runs into trouble.

General Motors' shares today sell for just 6.2x next year's estimated earnings, but the valuation reflects growing investor concerns over a potential U.S. recession and the negative impact a recession would have on domestic vehicle sales. General Motors relies heavily on the U.S. to drive company profits, so a downturn in its most important market would likely suppress the valuation multiple further.

And here's how GM compares against Ford Motor in terms of forward P/E-ratio.

In my view, risks related to General Motors widely outweigh the limited upside. Ford Motor currently trades at the upper end of its trading range ($32-40) but has considerable correction potential in case the U.S. economy slows down and/or the trade conflict escalates further. I peg the chances of an escalation in the trade war after the latest tariff announcement at 60 percent and think the odds are now in favor of a U.S. recession within the next 6-12 months. Hence, GM's risk/reward setup is quite unattractive at today's price point. 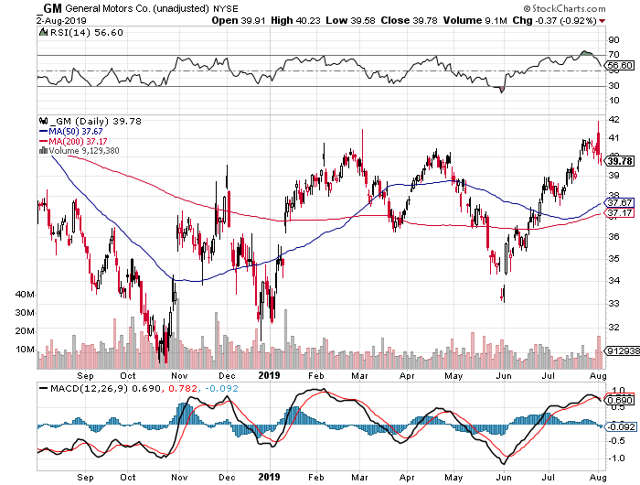 General Motors' second quarter results were not bad, and the company essentially stuck to its 2019 guidance, which was good news. On the other hand, I am having a really hard time seeing any significant upside for GM, given the difficult trade situation and growing signs of slowing economic growth. Despite the low valuation, I do not recommend GM anymore to investors. The downside potential at $40 widely outweighs the upside potential here.

Achilles Research
34.81K Followers
I am a dividend investor and look for undervalued investments in the stock market. I identify misunderstood and undervalued equity investments and hold those securities until their price approximates my estimate of intrinsic value. I am a long-term investor only. I am building a $100,000 high-yield income portfolio. I am running this portfolio as an experiment to see if long-term sustainable income can be generated from a diversified pool of high-risk, high-yield securities. I am willing to accept high risk in order to meet my performance goals.