On the 16th of August, Boeing (NYSE:BA) rolled out a Boeing 787-9 with a stunning color scheme. According to the company, the livery has been applied to celebrate the Employees Community Fund which has funded approximately $1B to local communities. However, there's a story to this aircraft that's less pretty than the livery and affects Boeing as well as Airbus (OTCPK:EADSF). In this report, we tell that story. 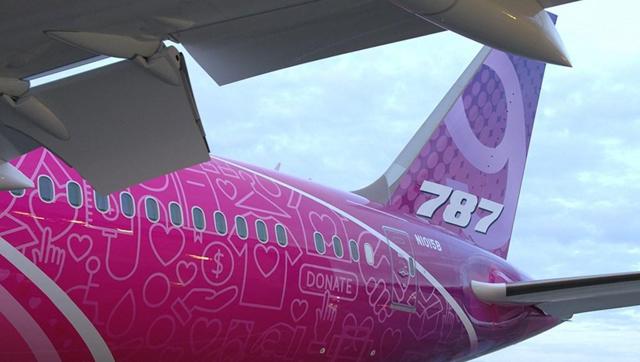 The official reading: Innovation and Inspiration

The official reading about this aircraft and its color scheme is that it celebrates the Employees Community Fund and to certify the largest full-body decal ever tested on a composite aircraft. If certified, the technology will offer airline customers new opportunities to promote their brand on the 787 Dreamliner through the creative use of photographs, complex multicolor graphics, logos, and various specific finishes with the same durability as paint.

That’s all nice, but when we looked into the aircraft’s manufacturing serial number, what we found is that this is a brand-new aircraft, and especially during challenging times for Boeing where they can use the final delivery payment, one would question why Boeing would apply a color scheme, even for certification purposes, on a brand-new $140 million jet instead of using it on one of their test aircraft. Boeing also could have used their ecoDemonstrator program, which tests new technologies. Starting in the fall of 2019, Boeing will be using a Boeing 787 Dreamliner to test technologies. Whether it's this aircraft that will serve as the next ecoDemonstrator is unknown. What's clear, however, is that this aircraft was not intended to be built for testing a pretty color scheme and its technology. 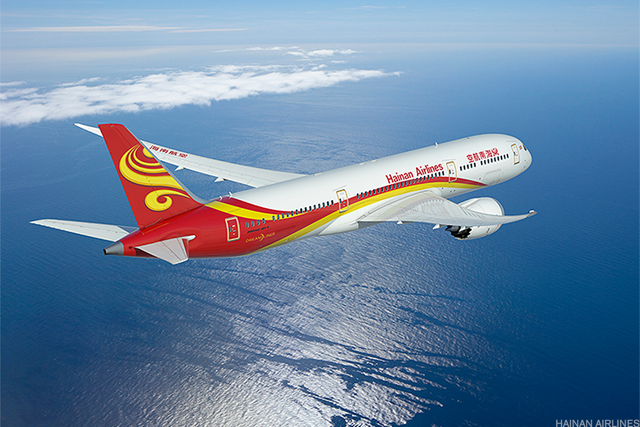 Hong Kong Airlines not taking up the aircraft that Boeing now uses to test decals fits in Hong Kong Airlines’ current restructuring, where the airline is scaling back internationally. Hong Kong Airlines was supposed to lease at least two aircraft from GECAS (GE). GECAS had initially ordered 10 Boeing 787-10s during the Paris Airshow in 2013 and converted six orders to the smaller Boeing 787 variant. Since then, two have been delivered, according to Boeing’s books, while orders for four aircraft were cancelled.

Some digging into the order and delivery data shows us the following:

So, what we know is that the aircraft that GECAS planned on leasing to Hong Kong Airlines has been transferred to Boeing. That means that the aircraft that Boeing has painted, it’s not GECAS’ aircraft. It’s Boeing’s aircraft… it might be a “white tail.” A white tail aircraft is an aircraft that has been build but not yet sold, it’s not the end of the world but it’s not a strong sign. So, Boeing might not have been able to remarket this aircraft yet and instead of leaving it as a “white tail” the jet maker chose to paint it and use it for some testing and promotion.

It remains to be seen whether Boeing was able to find another customer for the other aircraft that was supposed to go to Hong Kong Airlines. Currently it lies in line of expectation that all six aircraft were destined for airlines from the Hainan Airlines Group but only two were delivered and four orders were cancelled. For the finances on the Dreamliner program having this “pink” white-tail is not a big deal. The aircraft remains in inventory as long as it's not delivered. The only drawback could be that the more Boeing flies this jet, the lower the sales price becomes. 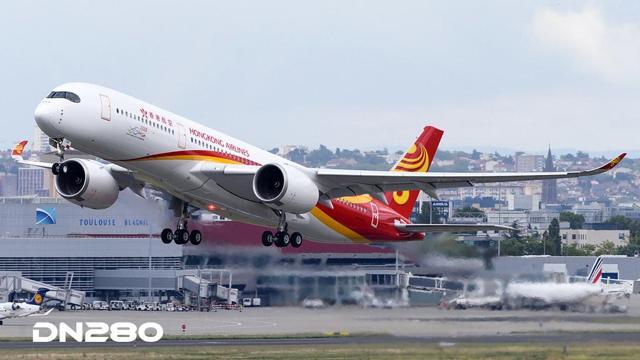 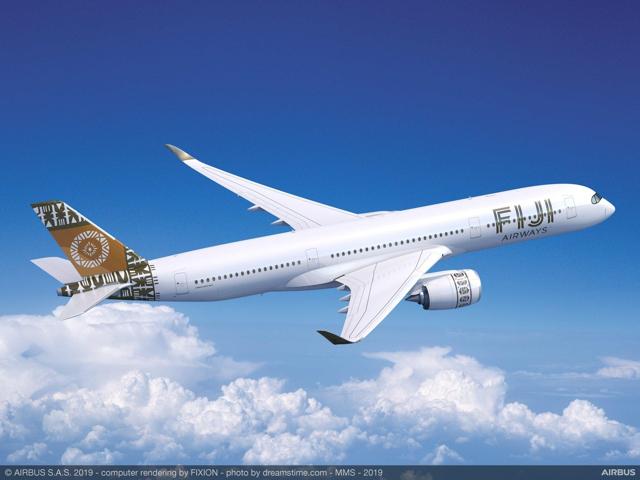 In July, we saw that Hong Kong Airlines cancelled orders for two Airbus A350-900s and these slots were subsequently taken up by DAE Capital, which will be leasing the aircraft to Fiji Airways. Possibly this swap is related to the two Airbus A330-300 aircraft that Hong Kong Airlines has leased from Dubai based DAE Capital but has failed to pay for.

While the Boeing 787-9 color scheme that captures attention is probably the most vibrant and beautiful livery applied to the Dreamliner, behind the pretty aircraft goes a darker story. Due to either a rapid international expansion or being drained by the HNA Group because the group also has flown into turbulence, Hong Kong Airlines has been forced to cut back on its international routes and may even have to cut down its fleet.

The result that we see: A stunning looking Dreamliner.

The results we don’t see or at least are not directly aware of:

While neither of the jet makers is facing huge financial consequences, it might be concerning that if one rather big airline group is having a financial cold, nearly $2B in aircraft orders is wiped. It continues to show that airlines need a thoughtful capacity deployment, but also need to pay close attention to who their shareholders are and how they are dealing with the company. What's happening with Hong Kong Airlines now is not new, we have seen it happening with Alitalia, Jet Airways and Air Berlin… all of these airlines crumbled after their partner's (in this case Etihad Airways’) investment strategy went bust. When the investment partner sneezes, it’s the smaller airlines that the investment partner invested in that get sick and we are shown yet again that this has consequences for the jet makers.

What should be noted is that one reading could be that this aircraft is currently being remarketed, but no customer was found in time for direct delivery. Alternatively, it could be the case that GECAS and Hong Kong Airlines couldn't reach an agreement, so instead Boeing Capital Corporation will be leasing the aircraft to the HNA Group or Hong Kong Airlines eventually on suiting delivery and payment schedule. Either way, aircraft not being taken up is not an odd practice and we tend to see aircraft being remarketed rather easily, unless they have significant performance issues resulting in envelope restrictions.

Update - August 26, 2019, 1:20 p.m: A previous version of this report not sufficiently stressed the possibility that the airframes will still be delivered to the HNA Group or HKA, but with Boeing Capital Corporation as the acting lessor.

If you enjoyed reading this article, don't forget to hit the "Follow" button at the top of this page (below the article title) to receive updates for my upcoming articles.

If you like our regular coverage, please consider joining The Aerospace Forum which gives you more indepth tools to understand the industry, access to over 750+ previously published reports and ways (Live chat with the group and one-on-one conversations) to discuss the aerospace industry.

Disclosure: I am/we are long BA, EADSF, GE, AER. I wrote this article myself, and it expresses my own opinions. I am not receiving compensation for it (other than from Seeking Alpha). I have no business relationship with any company whose stock is mentioned in this article.