Xerox (NASDAQ:XRX) surprised investors with a larger than projected revenue decline. Despite the higher earnings per share and cash flow, the disappointment caused an 18% drop in Xerox shares in the last month.

Xerox is cheap at ten times GAAP earnings and seven times adjusted earnings per share. Sales trends in the last two months are improved. Xerox has a high beta, but the upside makes it a strong buy. 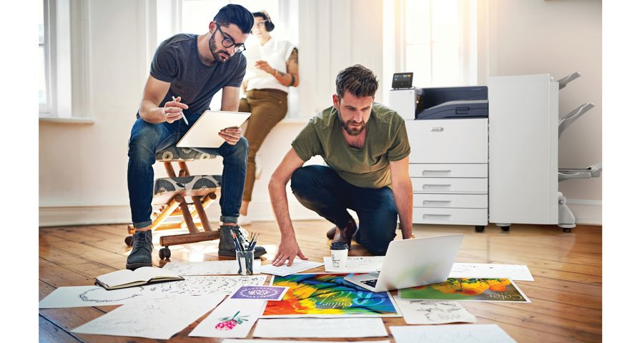 Xerox has a history of revenue decline. From 2016 to 2018, the annual revenue decline improved from 6.1% to 4.2 % per year. The market for copiers and printers has been declining in revenue, as did the real price per page. Xerox has not been able to offset this. Xerox had superior products but it could not get a sufficient price premium.

This year Xerox introduced new high end and mid-market products. They developed a partnership with Hewlett-Packard to supply entry-level machines to Xerox and Xerox will make toner for Hewlett Packard. The partnership with American Express better served the small business market. They are going after large customers promoting their higher security and document management systems. They have expanded their metallic color ink to the middle market and introduced a superior high-end color machine. With all of this, analysts had expected improved sales but they deteriorated 9% in the first half. Xerox projects a full year decline of 6% in constant currency, which is about 7.5% with typical exchange rates weakness against the dollar. The revenue decline in the second half would have to be reduced three percentage points to meet Xerox full year guidance.

The plan for Xerox growth was to achieve a 3% decline in 2020 followed by flat revenue in 2021 on a constant currency basis. Markets of eight and a half by eleven-inch multifunction printers are declining six percent a year. High-end black and white is declining at twelve percent a year. Growth niches are limited. High-end color and legal size printers are only growing at two percent. Managed e services is growing at three percent. Software and digital services are adjacent markets growing at around six percent. Xerox is trying to penetrate these markets.

Xerox innovation efforts are aimed at using their print and software technologies in non-traditional markets. These markets are:

The innovation products will not appear in significant quantities for about two years. Not all these efforts will succeed.

Management is not good at projecting rate of sales decline. It is likely that all of the changes were too much for the sales force to absorb. Sales in the last month of the second quarter in major accounts improved and that improvement is continuing in the third quarter. Management has said that they were planning investments to increase growth costing 32 cents per share, which will be increased to 40 cents a share. This will be spent on selling and sales support particularly for large account sales. These expenditures will not produce rapid results, but they do not need to.

If Xerox continues to miss its target for slower sales decline, it still has a viable long-term future. However, if it gets back on track for projected sales, they should bounce back to the mid-thirties price. The probability of achieving that it is a case of a limited risk. The stock will not fall if there is no improvement in sales. If the sales improve, there is a substantial upside.

The new product innovation outside the traditional market could produce strong niches like packaging printing. However, it will probably produce profitable businesses in high growth niches, which would make Xerox an attractive long-term investment. Xerox has the advantage of strong inherent cash flow as most leasing businesses do. So, this strategy is by no means as risky as it appears because it has the high cash flow. Xerox grew its earnings per share by 24% in the second quarter. A big piece of that growth is share buybacks made possible by the large cash cushion. Falling sales and surging EPS is a strange combination that has made investors very nervous. However, it contains the possibility of excellent long-term returns and not just a pop as the sales returned to their projected level.

Xerox built up massive staff to support a business several times its current size. Complex internal management and IT systems were cut as the business declined but by never enough. Therefore, I believe that the current cutbacks will still leave a strong business. Xerox is a strong buy.

Edward Ambrose
1.9K Followers
I am not the typical analyst. I have unique skills, honed by years of successful Mergers and Acquisition accomplishments, to find beaten down stocks that have the potential for recovery and growth. These companies are helpful in balancing a portfolio as well as beating the market. This experience left with strong appreciation for fundamental analysis of a company’s businesses rather than the whole corporation, to find what will drive the results. ed.ambrose9@gmail.com 609 685 2290