As noted in last week’s WTI Weekly, the primary expectation for this week was for price discovery lower barring sell-side failure at the key demand cluster, 54s-53.24. This expectation did not play out as key demand held in Monday’s auction. Buying interest then drove price higher to 56.89s into key supply overhead, before aggressive selling developed to 54.55s ahead of Friday’s auction, settling at 55.17s. 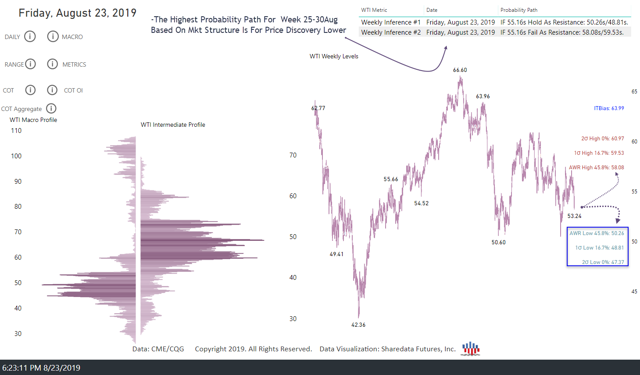 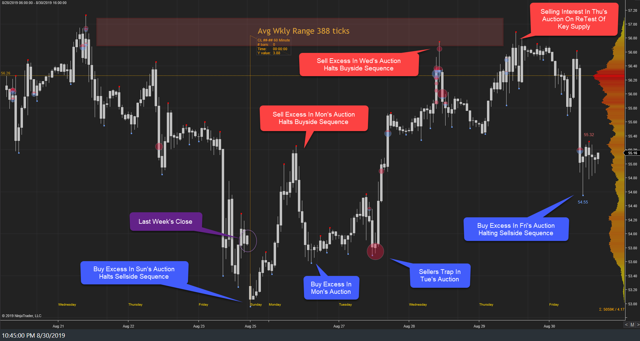 This week’s primary expectation was for price discovery lower. This probability path did not play out as key demand held early week, driving price higher to 56.89s, near key supply ahead of week’s end. This week’s rotation (393 ticks) was slightly above the average weekly range expectancy (388 ticks).

It is worth noting that market posture warranted caution on the buy-side near the April 2019 high, 66.60s, as Managed Money (MM) Long posture peaked there. Since that high, MM short posture trended higher before reaching the near-term peak into late July where the current price low was formed. This week’s report reflects an increase in MM short posture (57k contracts) as the short posture trend higher has halted. It generally requires a large quantity of MM short posture to form structural lows. Despite that, MM net long posture is now also declining as Open Interest declines, implying a mixed leveraged capital picture. In all, MM posture is neither at bullish or bearish extreme, implying no asymmetric opportunity is currently present. 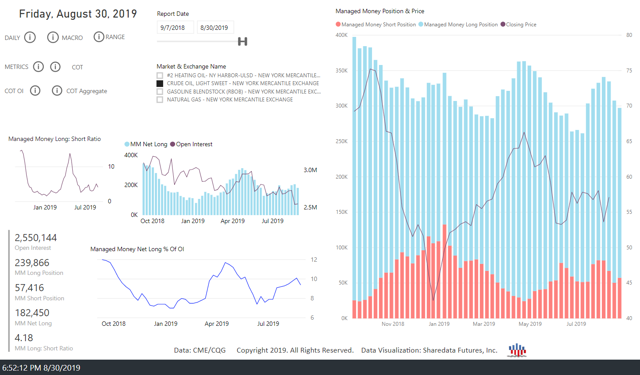