The Fed seems more likely to focus on a range of policy tools. 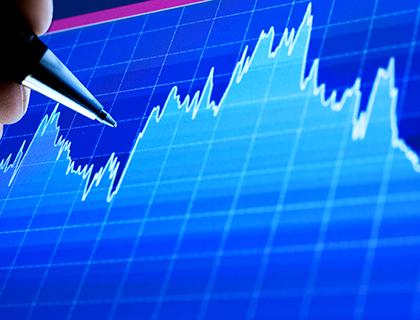 Neuberger Berman's Global Fixed Income team recently conducted a roundtable discussion focused on the unprecedented dynamics of negative interest rates. We examined historical precedents in an effort to better understand potential costs, benefits, effectiveness and short- and long-term implications of central bank negative rate policies. Most importantly, we considered not only the possibility of the Federal Reserve adopting a negative interest rate policy (NIRP), but also whether the U.S. Treasury yield curve is susceptible to finding a home below the zero lower bound.

Our conclusion: The Fed is highly unlikely to push overnight interest rates into negative territory, primarily because it has a significant and effective toolkit of preferred options if easier monetary policy is required. That said, longer-term interest rates are increasingly driven by central bank actions in Japan and Europe, and if those central banks push rates further into negative territory, it is possible - although unlikely - that longer-term U.S. yields could move below zero.

Negative-yielding assets have become a concern with the size of global negative-yielding debt exceeding a $16 trillion threshold, accounting for around 30% of the market value of the Bloomberg Barclays Global Aggregate Index, and entire yield curves of some countries in negative territory. Yields have been moving lower recently, as investors expect easier monetary policy out of the ECB, in particular, given deflation risks and heightened levels of exogenous risks around European politics.

In our roundtable, we first explored the history and characteristics of negative interest rates as a policy tool. Since the Global Financial Crisis, policymakers have been grappling with a mix of low inflation, weak resource utilization, and sluggish and inconsistent economic growth. Despite exhausting almost all monetary policy options in the toolbox, the lack of persistent results has vaulted NIRP into the mainstream of policy options. Central bankers in Denmark, Switzerland, Sweden, Japan and the euro area have set short-term rates below zero, hoping to further stimulate economies with perceived levels of excess slack.

Negative Rates in the U.S.?

With level of yields across the globe this low, and the current uncertainty around trade tensions and their impact on global economic activity, it's natural for investors to wonder whether the Fed will consider negative interest rates as a monetary policy tool. A handful of both former and current Fed members have said they explored the possibility during the Global Financial Crisis but decided against implementation on the back of staff analysis pointing to an imbalance in potential cost versus benefits to the U.S. economy. Here, we try to analyze the potential risks that kept the Fed from adopting a negative rate policy during the Global Financial Crisis and explore if anything has changed, as we now have a benefit of other central banks' history.

However, perhaps the strongest reason to be skeptical about negative rate policy in the U.S. is the Fed's conviction - which we at Neuberger Berman share - that alternative policies can achieve the Fed's objectives without many of the risks noted above. In our opinion, the Fed will almost certainly rely on the following mix of policies, if needed, rather than pursue negative rates:

Beyond these considerations, a white paper presented at the Fed's June 2019 Conference on Monetary Policy Strategy, Tools and Communication Practices1 concluded that NIRP is less effective when a central bank's balance sheet is larger, and could, in fact, become mildly contractionary. This conclusion, which Fed members broadly agreed with, further supports the view that negative interest rate policy is low on the Fed's hierarchy of potential tools.

Despite what we consider the negligible probability of near-term NIRP implementation by the Fed, we are not dismissing the possibility that the U.S. yield curve could temporarily venture into negative territory.

With a persistent decline in the neutral real interest rate (Figure 3) due to changes in structural factors such as lower trend growth, weaker productivity growth, an increasing global savings glut, an aging population and low global inflation, estimates of the term premium for long-term Treasuries (Figure 3) have crossed into negative territory. If a sustainable pick-up in inflation does not take place, an investor's motivation for holding a long-term bond suddenly switches from that of compensation for inflationary risk to insurance against deflation. In this scenario, when one incorporates the global scarcity of long-duration assets and the attractiveness of longer-term U.S. rates to foreign investors (particularly in Japan and Europe) due to a currency-hedged yield advantage, the probability of a negative-yielding curve rises significantly. Though not our central scenario, we acknowledge this possibility as U.S. rates trends lower.

What we have learned so far from the short history of NIRP is mixed at best. Economies that implemented this policy approach experienced an initial bounce in financial conditions, economic activity and inflation dynamics, but the gains did not last long.

Considering such middling results, we are left wondering whether we are witnessing the limitations of monetary policy, highlighting key realities:

Finally, the proliferation of negative short rates has left a critical question unanswered: At what level does the short-term nominal interest rate become an ineffective monetary policy tool? The pre-GFC answer would have been zero, but market participants no longer seem sure, as an effective lower bound has replaced the zero lower bound. In the Fed paper referenced above, the authors note that "there exists a cutoff negative policy rate below which financial intermediaries would voluntarily choose to exit. [They] refer to this cutoff rate as effective lower bound (ELB) and find that it can be quite close to zero for an economy in which the central bank carries a large balance sheet." So, given the choice of either NIRP or a package of policies including zero rates, new quantitative easing and stronger forward guidance, our strong view is the Fed would pick the latter.

This material is provided for informational purposes only and nothing herein constitutes investment, legal, accounting or tax advice. This material is general in nature and is not directed to any category of investors and should not be regarded as individualized, a recommendation, investment advice or a suggestion to engage in or refrain from any investment-related course of action. Investment decisions and the appropriateness of this material should be made based on an investor's individual objectives and circumstances and in consultation with his or her advisors. Information is obtained from sources deemed reliable, but there is no representation or warranty as to its accuracy, completeness or reliability. All information is current as of the date of this material and is subject to change without notice. The firm, its employees and advisory accounts may hold positions of any companies discussed. Any views or opinions expressed may not reflect those of the firm as a whole. Neuberger Berman products and services may not be available in all jurisdictions or to all client types.

This material is being issued on a limited basis through various global subsidiaries and affiliates of Neuberger Berman Group LLC. Please visit www.nb.com/disclosure-global-communications for the specific entities and jurisdictional limitations and restrictions.

Neuberger Berman
2.03K Followers
Neuberger Berman, founded in 1939, is a private, independent, employee-owned investment manager. The firm manages a range of strategies—including equity, fixed income, quantitative and multi-asset class, private equity and hedge funds—on behalf of institutions, advisors and individual investors globally. With offices in 23 countries, Neuberger Berman’s team is more than 2,100 professionals. For five consecutive years, the company has been named first or second in Pensions & Investments Best Places to Work in Money Management survey (among those with 1,000 employees or more). Tenured, stable and long-term in focus, the firm has built a diverse team of individuals united in their commitment to delivering compelling investment results for our clients over the long term. That commitment includes active consideration of environmental, social and governance factors. The firm manages $323 billion in client assets as of March 31, 2019. For more information, please visit our website at www.nb.com.For important disclosures: https://www.nb.com/disclosure-global-communications  Contact Us: Advisor Solutions (877) 628-2583 advisor@nb.com RIA & Family Office (888) 556-9030 riadesk@nb.com
Follow
12 Comments