The dramatic effects of hurricane Dorian are ones for the record books with the strongest Atlantic hurricane on record for the Bahamas causing death and destruction. For an amazing story of survival, you can see a video here of a friend of mine fighting cancer who lived through Dorian.

Strong hurricanes this time of the year are nothing new and one can certainly go as far back as the late 1800's and early 1900's to find storms of category 5 in nature, which claimed many lives. However, the 'bottom line is", that our oceans are getting warmer and the intensity and frequency of such powerful storms (in my opinion) is due, at least in part by global warming. Argue if you want, but fires around the world and more intense hurricanes are not due to solar cycles, or mere coincidence. 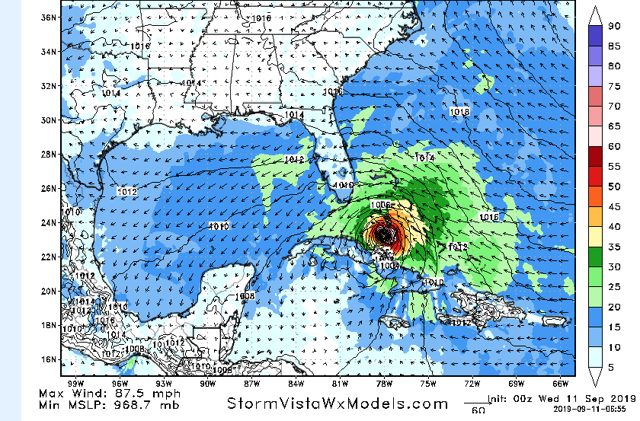 Another hurricane may approach the Gulf coast, Florida or east coast by September 21-23rd, on top of more heavy rains and a weak tropical system this weekend in Florida. Energy and OJ traders will be watching this closely.

The big commodity movers of late on weather has been the coffee market (NYSEARCA:JO). In my last post a week ago, I mentioned that I thought JO could rally sometime this fall, in what I believe could be a developing drought. After back to back years of huge global crops, a weaker Brazil Real and prices the cheapest in years, coffee is up about 10% off the lows this week. While there have been excuses by some that natural gas (UNG) has rallied on hot weather, I think most of this move up is due to 1) A record short position a week or two ago; 2) The hurricane season picking up; 3) A weakening El Nino could portend a cold winter; 4) Given the stocks situation of natural gas, prices below $2.30 this time of the year have been too low, relative to history.

Anyway, back to the warming climate. This is the third year in a row that Australia is seeing drought. The main reasons are climate change, a positive Indian Dipole (cool ocean over Indonesia) and the lingering effects of a weak El Nino in the western Pacific by warm waters around Australia. However, there is something new. It has to do with stratospheric warming. 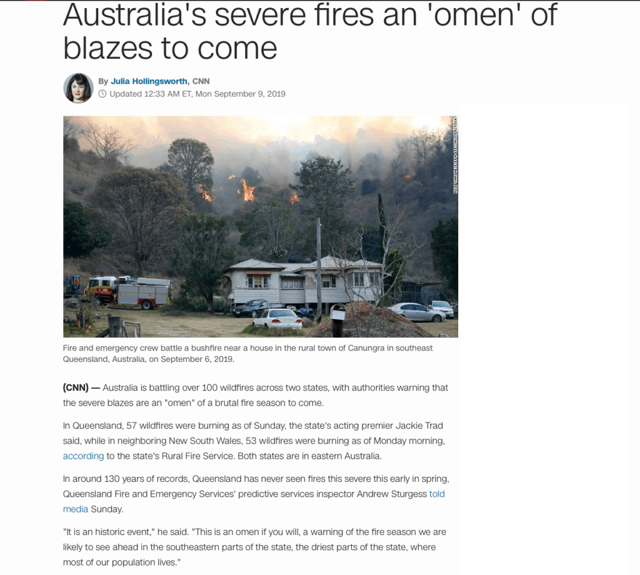 In summary, dryness in Brazil will be closely watched by coffee traders in the weeks and months ahead. I believe staying long coffee will be a smart play into October. There are several teleconnections around the globe with respect to ocean temperatures, I watch, that will play a critical role for soybeans (SOYB), coffee, wheat (WEAT), orange juice and other commodities. 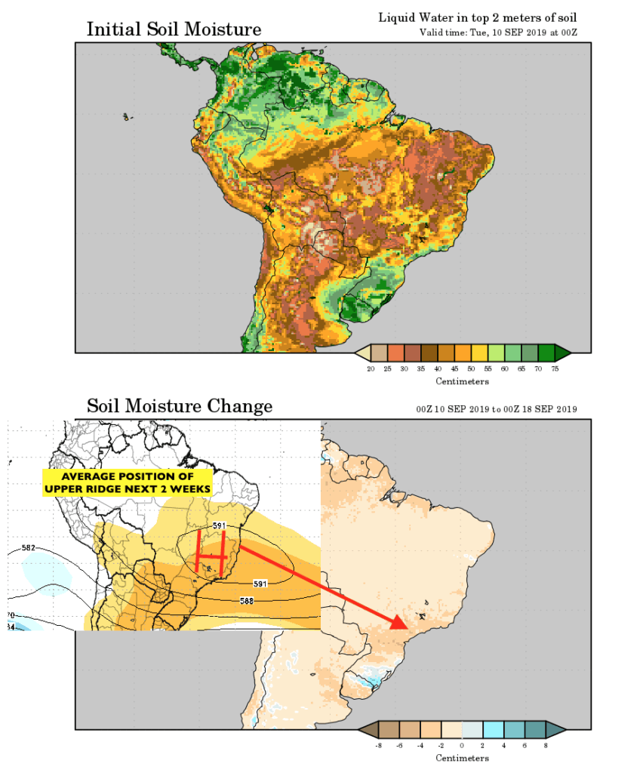 Soil moisture is beginning to fall for Brazil coffee due to a strong ridge, advised to clients in the past week or so--Jim

Author note: Please direct-message me here on Seeking Alpha if you'd like a free report with my long-term coffee outlook.

James Roemer
1.84K Followers
Jim Roemer owns the site (www.bestweatherinc.com) offering FREE and SUBSCRIPTION BASED weather-related blogs for commodity traders and farmers. He also is co-founder of CLIMATE PREDICT, the most detailed and accurate long-range global weather forecast tool. He was one of the first meteorologists ever to become an NFA registered Commodity Trading Advisor and has worked with major hedge funds, Midwest farmers and traders for over 30 years. His unique ability to forecast both short and longer range weather trends, with a special emphasis on interpreting market psychology and major market moves in grains, softs, and the energy markets, has made him a global industry leader in the commodity risk management industry.

Disclosure: I am/we are long JO. I wrote this article myself, and it expresses my own opinions. I am not receiving compensation for it (other than from Seeking Alpha). I have no business relationship with any company whose stock is mentioned in this article.