Kingdom of Saudi Arabia: Whatever it takes

Last time we wrote about US crude inventories, we explained how serious KSA was about bringing the oil market to balance. Please see our previous article for reference.

Not only KSA, but also Venezuela and Iraq. See below: 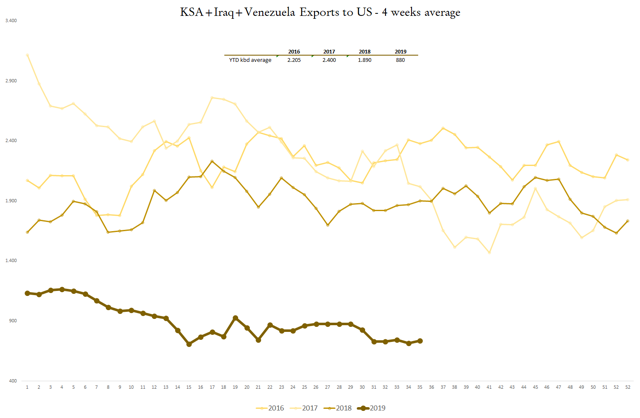 As a result, the crude draw since the start of June has been the steepest on record, more than 69MM barrels of crude: 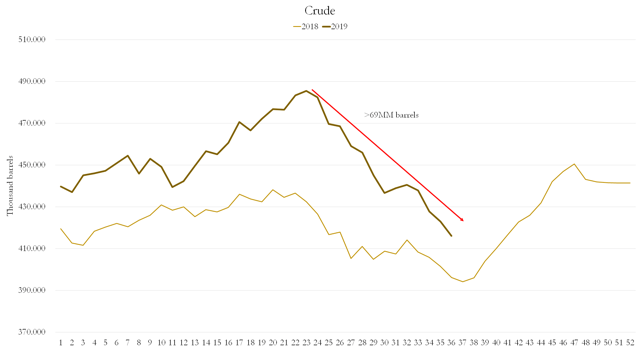 US oil market cannot rely in other countries to offset losses that come from KSA and Iraq:

However, the US market is not balanced yet. Despite the fact that we've seen much lower net imports so far, average prices in 2019 were well below the KSA target. An unusually low US refinery throughput and an extremely high adjustment factor explain to a large extent the huge surplus we saw in H1 2019: 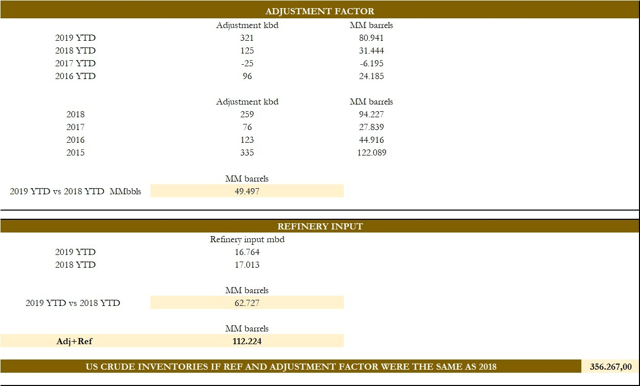 Source: Author based on EIA, Bloomberg

Low prices could be the reason why Khalid Al-Falih is no longer the Saudi energy minister. He has been replaced by Prince Abdulaziz bin Salman, the son of Saudi Arabia’s King Salman bin Abdulaziz.

Al-Falih didn't do a good job boosting oil prices. That was critical to the timing of the Aramco IPO (its internal current valuation is about $2T). Therefore, KSA understands that in order for the valuation to go up, they need higher prices for longer.

Ironically, KSA measures were quite effective as we've seen above. We firmly believe their goal is to reduce stocks to the 10Y average or lower, where historically one could see much higher prices: 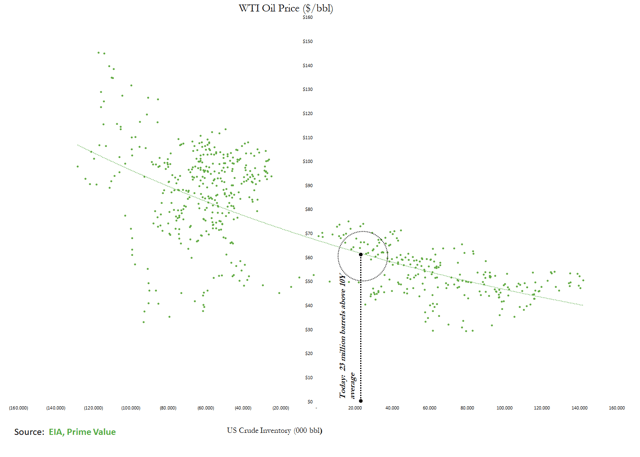 There are several reasons to be suspicious about the US growth production:

The drone attack on the world’s largest oil processing facility, Abqaiq in the heart of Saudi Arabia’s oil industry, forced Saudi Aramco to shut-in 5.7 million barrels per day (bpd) of crude production, which equates to 5.5% of the current global crude production. The strikes on Saudi Arabian petroleum facilities have already shown the new level of risk that the wars in the Gulf region pose to global energy supplies and to the global economy. As Gorozen states:

Persistent market bearishness has convinced investors the world can operate with no spare crude oil pumping capacity whatsoever. This weekend’s events will put that complacency to the test. 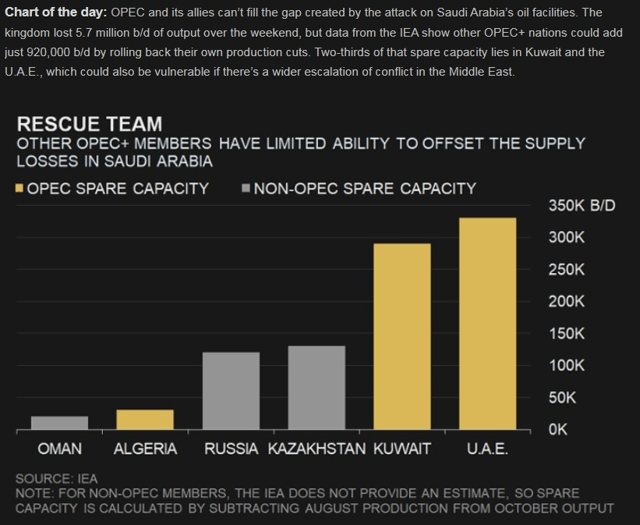 The physical oil market has already been tight for the second half of the year, so this outage will exacerbate the tightness. The world is not even close to being able to replace 5.7 million bpd of Saudi Arabian exports, and the longer the processing facility remains disrupted, the larger the potential impact on actual crude flows will be.

Saudi Arabia has approximately 185 million barrels, so at this rate of decline, supply loss from KSA may be significant. The situation is worrisome and it will depend on the length of shutdown. There was a press conference to alleviate worries about a prolonged production outage.

Saudi is on track to bring back ~50% of the production lost and theoretically they will be fully operational in 2 weeks; this means production could return to 9.8mbd by the end of September and 11mbd (capacity). However, and accordingly with some experts, the processing plant will take months to be fully repaired so there will probably be an Arab light crude shortage. 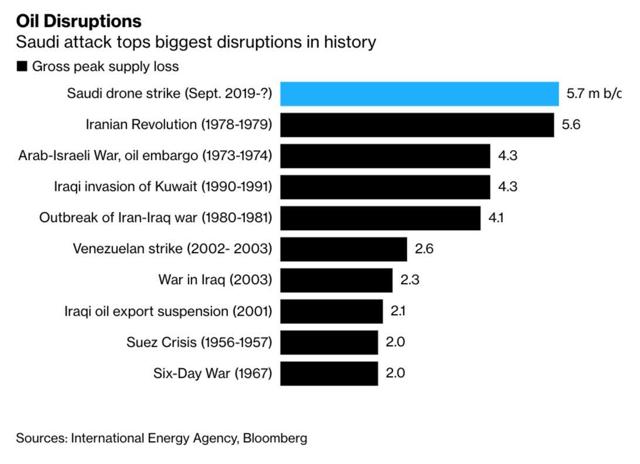 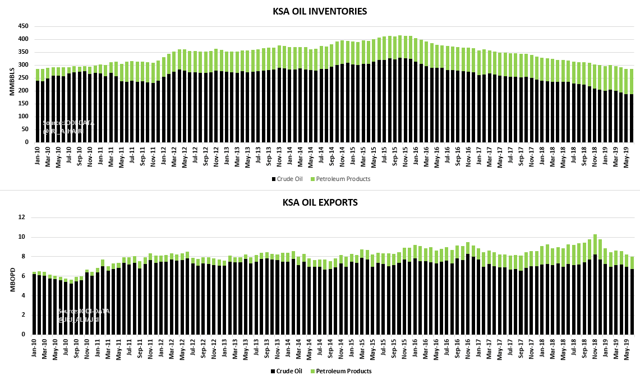 If we gather all the information mentioned above, we can conclude that US crude inventories might decline by ~50MM barrels on average for the next 16 weeks:

Attacks on two plants at the heart of the kingdom's oil industry almost guarantees our base case scenario, as imports from KSA are set to plummet (even more). It is very large by historical standards. If it takes months to repair the damages, then this could send energy prices through the roof.

It would, in relatively few weeks, start to put a stress on the market. This attack introduces a new, irreversible risk premium into the market.

Disclosure: I am/we are long GENGF. I wrote this article myself, and it expresses my own opinions. I am not receiving compensation for it (other than from Seeking Alpha). I have no business relationship with any company whose stock is mentioned in this article.