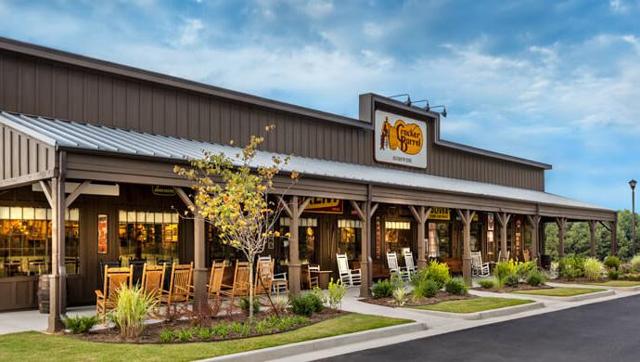 With Cracker Barrel valued at ~17x forward earnings, in-line with their historical average earnings multiple and at a discount to peers, we believe that today's valuation is reasonable. For investors seeking a healthy dividend yield and with the potential to generate capital gains, we believe Cracker Barrel is an enticing selection.

Taking a step back, we are fairly confident that foot traffic across Cracker Barrel's hundreds of locations will remain stable, much more than traditional restaurants and retailers. With many of the company's restaurant locations present along interstates and highways, there is a strong convenience factor involved for customers. 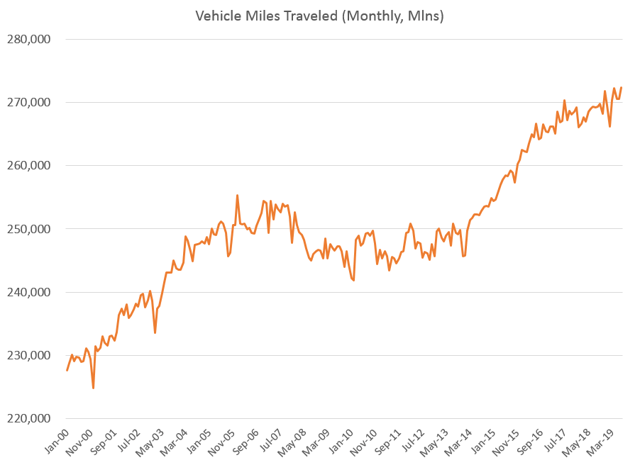 Historically, vehicle miles traveled in the U.S. has increased at a steady rate. All around low gas prices have contributed to increased driving activity among U.S. consumers. In the long run, we believe vehicle miles traveled will continue to see positive growth. Seeking Alpha contributor Thomas Hughes recently touched upon the company, noting how a strong macroeconomic backdrop was a key value driver.

Other contributing macro factors include growing consumer spend at eating and drinking establishments. According to the U.S. Census Bureau, sales at restaurants increased 4%, greater than the 3% growth seen in grocery stores. When combined with strategic positioning of Cracker Barrel's locations, it results in traffic gains. 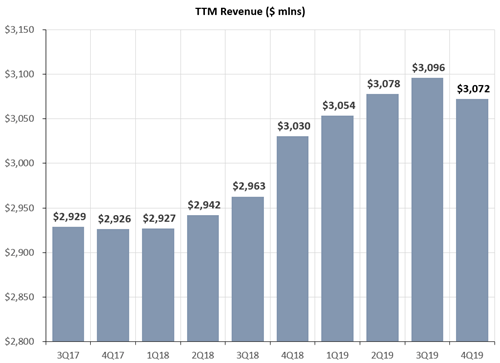 The company opened 7 new locations in the quarter - with the total reaching now 640, top-line impacts from new store openings are becoming smaller. Menu prices saw an increase of 2.3%, while average check size increased by 3.6%. 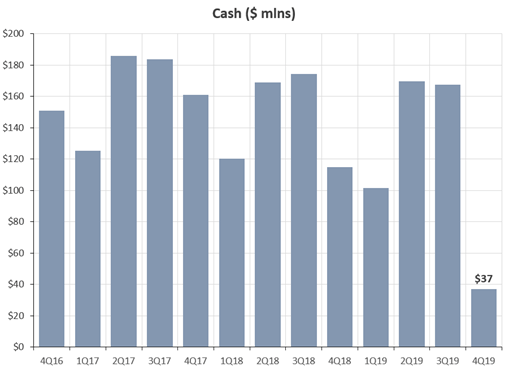 The company finished the quarter with only $37 million in cash, given their recent $140M investment in Punch Bowl Social. Cracker Barrel acquired the stake from private equity firm L Catterton. The stake in Punch Bowl Social has many shareholders scratching their heads given the vast contrast with the company's core business of selling country-styled meals and merchandise.

Punch Bowl Social currently operates 17 locations which are designed to appeal to Millennial and Generation Z consumers. Locations are host to attractions such as bowling alleys and shuffleboard. When looking at Punch Bowl's performance, the potential is clear. Punch Bowl Social sales grew by 34% YOY, with average unit volume in the $7 million ballpark. 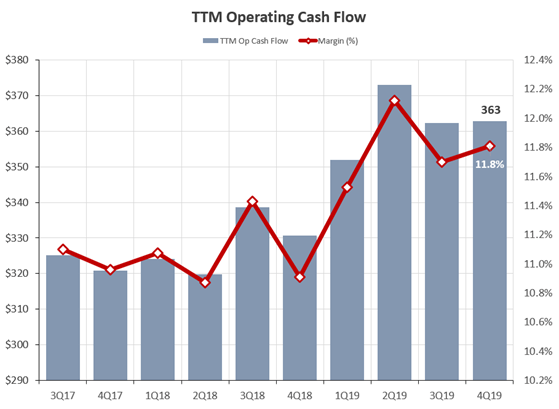 Operating cash flow in the quarter came in at $363 million, with a margin of nearly 12% of sales (up ~80 bps YOY). Looking back to recent quarters, the company's operating cash flow margin has seen some expansion, although it has hovered in the 11-12% range. For FY20, management is guiding ~$115-125 million in capital expenditures.

When comparing Cracker Barrel to peers, the company is in a unique situation. In some areas, we believe there are advantages - the highway-side location of many of their restaurants would be one. On the other hand, the company has built itself on an older country-styled theme which we don't see as being appealing to new cohorts of consumers (e.g., millennials). Yet, this is where the equity fusion into Punch Bowl Social comes in - through strategic investments like this, the company is attempting to appeal to a different consumer demographic.

Cracker Barrel is currently valued at ~17-18x earnings, slightly below the peer average of ~21x earnings. Companies on the higher end of the valuation spectrum include Texas Roadhouse (TXRH), Denny's (DENN), YUM! Brands (YUM), and Restaurant Brands International (QSR). Looking at dividends, Cracker Barrel's dividend yield is just over 3%, coming in higher than the peer average of 2.6%. 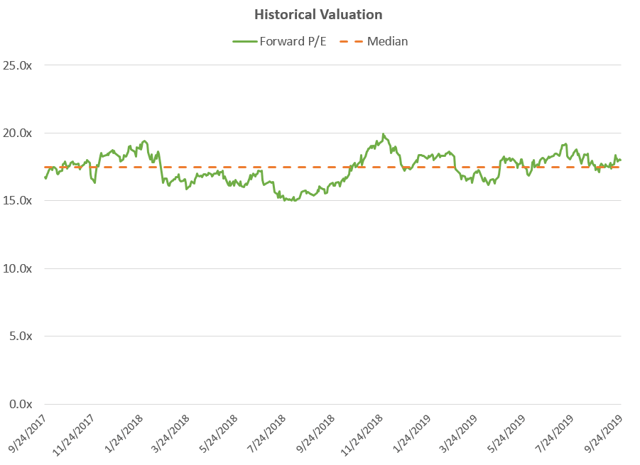 Also, looking back a few years, we can see that shares have traded at a median earnings multiple of ~17x. Today, the company is valued just a hair above their historical median. At the very least, we expect the company's multiple to remain level - with continued stability in underlying fundamentals, we see the downside as limited. Through strategic investments, M&A, and internal efforts, management is providing some upside resulting in asymmetry.

With a strong macroeconomic backdrop, focused efforts on the company's core business, and strategic partnerships in search of long-term value creation, we believe that investors in Cracker Barrel are exposing themselves to a limited downside and healthy upside - all while collecting a reasonable dividend. For long-term value-oriented investors, an investment in Cracker Barrel may not be enticing given other eating establishments which are seeing both top-line growth and reasonable valuations. For investors with shorter time frames, Cracker Barrel may be an investment worth considering.