Bristol-Myers Squibb's 52-week low of $42.48 was reached largely on the hypothesis that new drug revenues would not make up for drugs running into generic or biosimilar competition, including the portfolio to be acquired with Celgene. The ESMO (European Society for Medical Oncology) presentations show the strength of the Opdivo and Yervoy franchises. That does not force the market to return to the 52-week high of $63.69, but it makes it more likely.

On September 30, 2019, Bristol-Myers Squibb and Ono Pharmaceutical (OTCPK:OPHLF) announced results from the Phase 3 ATTRACTION-3 trial evaluating Opdivo (nivolumab) versus chemotherapy (docetaxel or paclitaxel) for unresectable advanced or recurrent ESCC (esophageal squamous cell carcinoma) second-line patients whose cancers were refractory or intolerant to combination therapy with fluoropyrimidine and platinum-based drugs. The primary endpoint was OS (overall survival). Opdivo demonstrated a statistically significant improvement over chemotherapy, with a 23% reduction in risk of death and a 2.5-month improvement in median OS compared to patients treated with chemotherapy. The safety profile of Opdivo in this trial was consistent with previously reported studies.

Second-line esophageal cancer is both common and difficult to treat, with a low survival rate, so having Opdivo available as a therapy will be welcomed and should produce significant revenue, presuming the indication is approved by the FDA and other regulatory agencies. 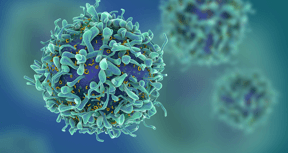 Two reports on Opdivo for melanoma were released on September 28. In the long term, Opdivo melanoma study, the Phase 3 CheckMate-067 clinical trial, the first-line combination of Opdivo plus Yervoy (ipilimumab) versus Yervoy alone, continued to demonstrate improved overall survival in patients with advanced metastatic melanoma. With a minimum follow-up of 60 months (five years), five-year overall survival rates were 52% for the Opdivo plus Yervoy combination, 44% for Opdivo alone, and 26% for Yervoy alone. Yervoy is also marketed by Bristol-Myers Squibb and generated revenue of $367 million in Q2 2029. Yervoy targets CTLA-4, whereas Opdivo targets PD-1; both are immune system modulators.

The three-year analysis of efficacy data from the Phase 3 CheckMate-238 study evaluated adjuvant use of Opdivo versus Yervoy in patients with late-stage melanoma who were at high risk of recurrence following complete surgical resection. Opdivo continued to demonstrate superior recurrence-free survival (compared to Yervoy, the active control), with RFS rates of 58% and 45%. Distant-metastasis-free survival or DMFS also continued to be significantly longer for Opdivo, with 36-month rates of 66% and 58%, respectively.

These results should encourage doctors and patients to initiate and continue the use of Opdivo or combinations of it with Yervoy for melanomas.

Non-small cell lung cancer is one of the most important cancer indications with high unmet need, both in the United States and globally. Preliminary results announced on September 28 showed that Opdivo plus Yervoy for first-line NSCLC could become an important treatment for patients.

These results represent the first and only time a dual Immuno-Oncology therapy has demonstrated superior overall survival versus chemotherapy for first-line NSCLC. In addition, patients had nearly four times longer duration of response compared to patients treated with chemotherapy. Starting patients with the combination, rather than chemotherapy, could generate improved results, as well as higher sales of Opdivo and Yervoy.

Part 2 of the Phase 3 trial tested Opdivo plus chemotherapy versus chemotherapy alone on NSCLC patients regardless of PD-L1 status but did not meet the primary endpoint for OS. That should not prevent moving forward with the combination therapy. Opdivo is already approved for treatment of patients who have progressed after prior treatments for NSLC.

Those who still own Celgene stock may be waiting for a better price, but they are likely believing that the merger deal will result in good long-term value for their shares. One attractive feature is that Bristol-Myers Squibb pays a dividend, which Celgene never did. In any case, the simple math at any time is: add $50 to the BMY price. Subtract a bit for the opportunity costs lost in waiting as well as the risk that Bristol-Myers Squibb could go down before the merger completes (then again, it could go up more). A value for the CVR should be added in, which is why I think many investors want to wait for the deal to go through.

The closing prices on September 30 show the CVR is valued near zero at this point. Bristol-Myers Squibb closed at $50.71. Add the $50 cash and Celgene would be worth $100.71. Instead, it was discounted $1.41, to close at $99.30, assuming the CVR is worth nothing. I discussed valuing the CVR in Valuing Celgene's Contingent Value Rights but will not update that exercise here.

In Q2, Bristol-Myers Squibb reported non-GAAP EPS of $1.18. Non-GAAP trailing 12-month PE is just 13.2, and forward PE is just 11.71. At $50.71, the dividend yield is 3.27%. That is a great return for those of us who think the BMY-CELG combination will be a profit-growth engine. Both Bristol-Myers Squibb and Celgene have extensive pipelines, which means trials can be expected to fail from time to time, causing the stock price to drop. But, we have also seen many regulatory approvals of therapies, some of which have produced very high revenue, like Opdivo. My expectation is that the combined companies will continue a long-term ramp of revenue and profits, so both are good buys for long-term investors. The usual caveats apply, including macroeconomic risk and possible changes in pricing regulations by governments.

William Meyers
7.29K Followers
I provided stock and bond research and analysis to a small cap specialist investor, Lloyd Miller, from 2002 until his death in January 2018. For my own account I invest mainly in technology and biotechnology stocks. My technology and investment web site is openicon.com, where readers can view the notes I take to make decisions and to write articles for Seeking Alpha.

Disclosure: I am/we are long CELG. I wrote this article myself, and it expresses my own opinions. I am not receiving compensation for it (other than from Seeking Alpha). I have no business relationship with any company whose stock is mentioned in this article.