Brookfield Property Partners L.P. (NASDAQ:BPY) is listed on the NYSE as a limited partnership, which is a flow-through structure. Limited partnerships, just like REITs, do not pay any income taxes at the corporate level (assuming they meet certain requirements). Brookfield Property REIT Inc. (BPR) is the REIT equivalent listed entity of BPY. While both are supposed to have ultimate claim on the same assets, they are structured differently and allow different types of investors to invest in one or another. For the purposes of this article, we will use BPY as a reference to both these structures.

We have traded BPY in the past when some exceptional opportunities opened up around the General Growth Properties acquisition. The stock appeared to be taking off until the recent market swoon pushed it back. Considering the interest high-yielding property investments were getting these days, we decided to re-examine if this merited an investment.

The core office portfolio is exposed to multiple developed markets and derives a small amount of its net operating income from Brazil.

Recently BPY started providing its city by city exposure and we think that is helpful for investors to look at as well.

The retail portfolio has an occupancy of over 95% and average sales per Sq.Ft. of $600.

Alongside these core investments, BPY does invest opportunistically in a wide variety of levered projects which consist of developments and improvements. 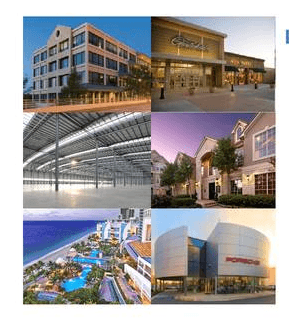 These investments currently make up about 15% of the total capital deployed.

LP investments have been a regular source of gains and served to bolster the slow growing cash flow from prime properties.

The overall funds from operations (FFO) looked rather strong in Q2-2019.

The key reason though was that core retail only included 34% of GGP last year through June 2018. The GGP acquisition closed at the end of August. BPY did manage to eke out gains in FFO per unit, although these were rather marginal and driven by LP investment gains.

Core numbers remained flat as BPY issued dilutive equity to complete the GGP transaction but also because it faced certain headwinds that we shall get into below.

The core office portfolio delivered rather strong results overall, but the impact was blunted by a very strong US dollar.

On the retail front, the continuing set of bankruptcies took its toll on BPY's numbers.

We generally think of Brookfield as immune to these impacts, but the 2018-2019 time frame turmoil was severe enough to even cause declines at the top end of the food chain.

With a $1.50 plus of expected FFO for this year, BPY does appear rather cheap at less than a 13X. It is pretty rare to find comparables in this space, as there are no real globally diversified REITs that trade here. We do have marginal similars in W.P. Carey (WPC) and Global Net Lease (GNL), but neither have the mall exposure that BPY does. GNL also has a chronic tendency to issue large amounts of equity below tangible NAV, so we would definitely not want to use them as a comparative.

We still think that we can run a valuation exercise against WPC though the two have a lot of differences. Both do have stellar reputations and a presence in many developed markets. While WPC's lack of enclosed malls protects it from the current retail turmoil, BPY's ultra-high-end office properties offer more protection than WPC's single tenant office space. It is instructive here that WPC trades at 20X FFO. BPY could have some valuation upside in this low interest rate environment, especially considering how much it has lagged WPC.

The dividend yield here also strongly argues in favor of moving to BPY.

While some may argue that this spread is warranted, we would like to point out that just one year back the two yielded identical amounts. BPY also trades at a substantial discount to its NAV calculation (WPC trades at a big premium to consensus NAV). 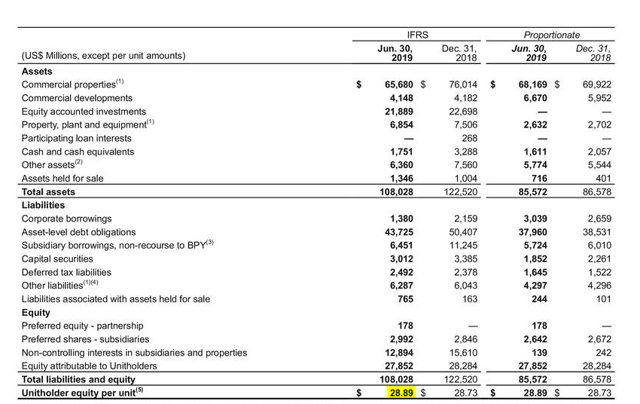 BPY's debt to EBITDA is in the stratosphere and near 12X. This is the key reason that the market is still holding this with a skeptical eye. The excess of debt also makes BPY's real NAV very sensitive to cap rate assumptions. On the other hand, a very vast percentage of this debt is held at the property level.

This creates a very different dynamic where BPY can walk away from troubled investments without impacting its overall financial health. One other point we would note is that BPY does have some significant floating rate exposure and has still to feel the impact of the global easing.

Yes. It didn’t help a tremendous amount this quarter, I think when I look back to Q1. In Q1, we had an average one-month LIBOR of about 2.5%, the second quarter, the average one-month LIBOR was only 2.47%. But as you can see, particularly with respect to the rate cut that we saw the other day, the momentum through the first part of Q3 has LIBOR down in the low sort of 2.2% range.

This could power earnings in Q3 and Q4, again on account of the relative huge leverage. Our overall take is that the high leverage is a concern, but it is more a concern in trying to get a fair NAV as cap rate sensitivities are very high due to the high debt. We are less concerned about the refinancing of maturing mortgages or corporate liquidity.

BPY presents an interesting opportunity in today's low interest environment to get a big yield with a reputable name. Brookfield Asset Management's (BAM) ownership stake alongside its ability to provide large amounts of capital do add an additional safety net here. BPY still has its work cut out for it in retail and we would not expect that segment to deliver great results anytime soon. A key hurdle for BPY continues to be the USD strength. If that continues, it will again face a hard time powering the FFO up. Overall the valuation discount and the big yield adequately compensate the investor for getting invested here. We would rate the shares a buy. In a latter piece, we will explore some other ways to invest in this great portfolio for the risk averse investor. 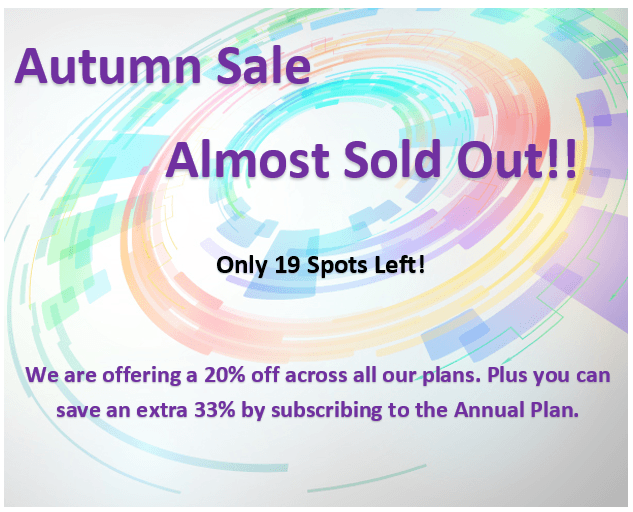 We are the most subscribed-to service in the high-yield space, consistently the highest ranked service on Seeking Alpha since 2016. As a member, you will receive unbeatable analysis to achieve high immediate income, in addition to retirement strategies. We are offering a limited time discount for the first 100 members who join. Only 19 spots left!

Invest with the Best! Join us to get instant-access to our model portfolio targeting 9-10% yield, our preferred stock and bond portfolio, and our report "Our Favorite High-Yield Picks Today" . Start your free two-week trial today!

Disclosure: I am/we are long BPY, GNL. I wrote this article myself, and it expresses my own opinions. I am not receiving compensation for it (other than from Seeking Alpha). I have no business relationship with any company whose stock is mentioned in this article.