Natural gas finds additional cold support over the weekend to not only hold above $2.50, but surpass the $2.70 level. 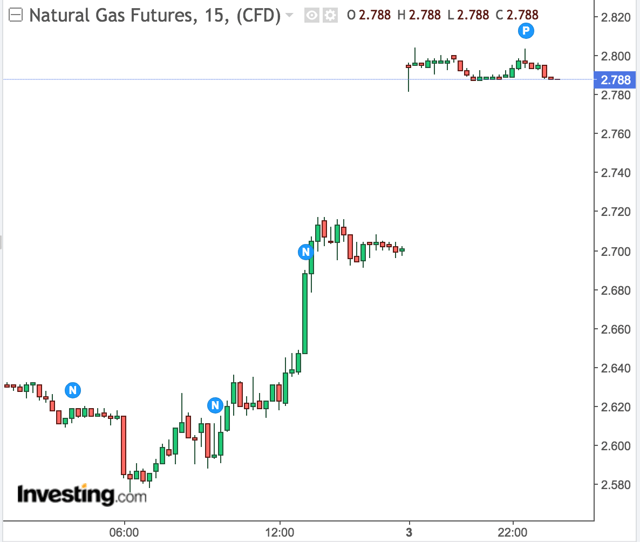 On Thursday, the United States Natural Gas ETF (UNG), which is the unleveraged 1x ETF that tracks the price of natural gas, finished lower 2.07% to $20.81.

Relentless barrage of cold air intrusions expected across the eastern half of the nation over the next 15 days; record cold possible and increasing snow chances likely

Forecast models remain mixed on the evolution of the pattern in the 11-16 day time period. The GFS continues to be the most aggressive in keeping the cold pattern in play, while the ECMWF is the least aggressive with the cold, and in fact, breaking down the pattern faster than the GFS. The Canadian/CMC model sides more with the GFS model. Overall, the outlook over the next two weeks has trended colder over the weekend. The eastern Pacific/western North American ridge has proved resilient and continues to do so. This feature will continue to give way to persistent downstream troughing over central and eastern Canada/U.S. A large and deep upper-level vortex rotating over central Canada is associated with this upper-level trough and will support a perpetual/incessant northwest flow pattern of clipper systems and subsequent reinforcing shots of cold air over the central and eastern U.S.

This will ultimately result in colder-than-average temperatures across the eastern half of the country for the balance of the next couple of weeks. The coldest of temperatures will be found from the northern Plains to the Upper Midwest/Great Lakes to the northeastern U.S. There will be several waves of cold shots coming in, but the most noteworthy/more anomalous cold air intrusions look to occur during the second half of this week Wednesday through Saturday (November 6-9) and then again Monday through Wednesday/Thursday (November 11-14) of next week. Figure 2 below is a map from the 18z GFS ensemble depicting the 1-6 day (November 4-9) temperature pattern. 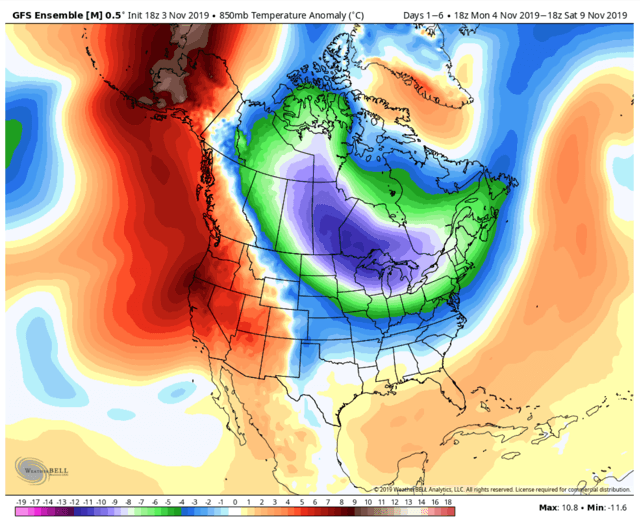 Figure 3 below is a map from the 18z GFS ensemble depicting the 7-12 day (November 10-15) temperature pattern. 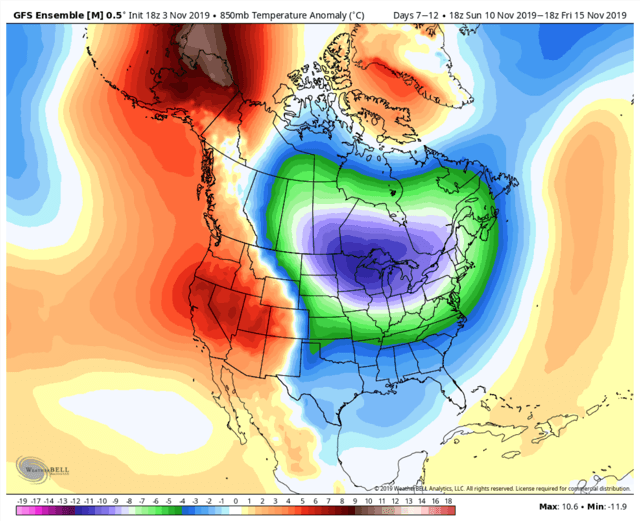 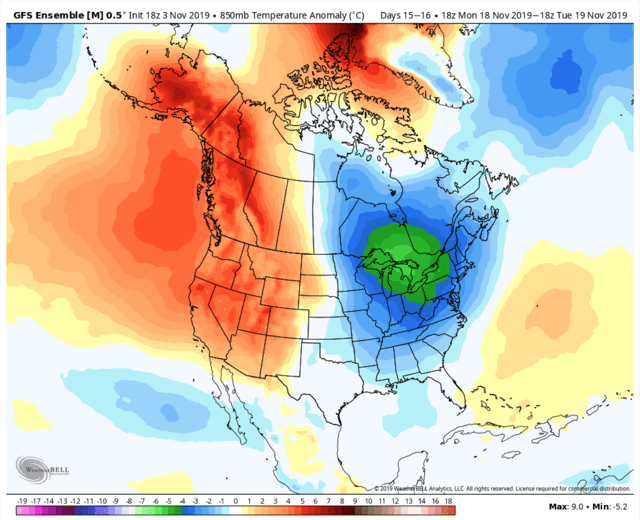 Forecast models have trended colder over the weekend with increased heating demand (HDDs). The expectation is not only for the cold to linger into mid-November, but now to potentially last through mid-November as upper-level ridging over the eastern Pacific into Alaska and over western North America hangs tough, resulting in downstream troughing over central and eastern Canada/U.S. This cold pattern has accelerated the withdrawal season, with withdrawals coming as early as this week's report (for the week ending November 1). Not only will the withdrawal season be accelerated, but stockpiles are projected to potentially go from a surplus to a deficit within the next month. There have been some signs of temperatures moderating, especially from the ECMWF model, but there needs to be much stronger support/convincing evidence to change the overall bullish sentiment. Given this, prices are poised to open decisively higher and above the $2.70 level as thought in my previous report.

Adding additional cold into an outlook that has plenty of cold in it gives natural gas bulls further support to the upside. Given that the market is overrun with net short speculators, this additional cold potentially through mid-November could trigger or continue a "short squeeze" rally. 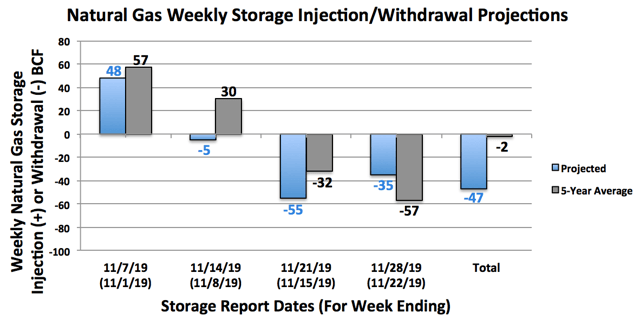 Figure 6 below is the observed or current natural gas inventory level and my forecast levels over the next four weeks vs. the five-year average. 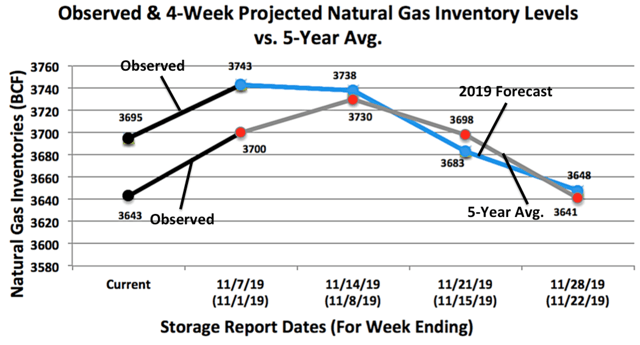