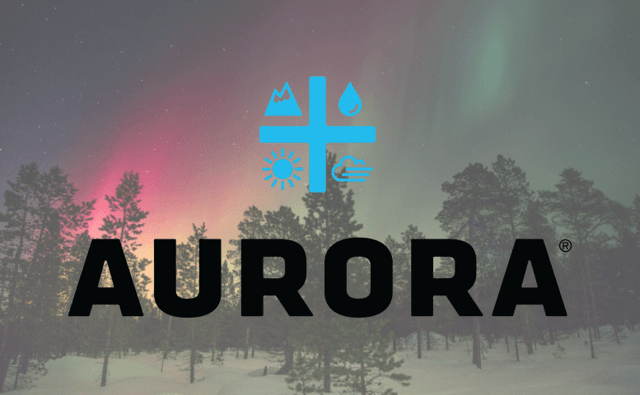 There has been a trend in financial media recently that has hit on the theme that the Canadian cannabis market is oversupplied, and many companies will underperform as a result. The idea presented is that there is far too much supply in relationship to demand. This is completely wrong.

In this article I'll show various sales outlets and market conditions that counter that misguided conclusion, and why Aurora Cannabis (NASDAQ:ACB) is positioned strongly to take advantage of them.

Retail stores and the black market

There are a number of positive demand catalysts for Aurora that investors need to consider when listening to the doom and gloom surrounding the alleged oversupply situation in Canada.

I'll start with the most obvious, which is the extremely inefficient licensing process that has been detrimental to the performance of Canadian-based companies like Aurora Cannabis.

For example, in Toronto, the most important Canadian cannabis market, not long ago it only had five retail stores consumers could buy from. That's gradually changing, but it's extraordinary that this could happen a year after legalization.

This is being gradually improved, and as more retail stores are operational, this will help tap into the huge Toronto and overall Ontario market. This will significantly increase revenue for Aurora.

That leads to the next major supply issue, which is the strong competition coming from black market producers and sellers. This is directly related to the lack of retail stores in Canada. The vacuum left by the low number of stores has allowed the black market to flourish. As many more stores are opened, it'll start to shrink the size of the black market, providing a much larger customer base for Aurora and its peers.

The point in regard to these first two catalysts is that cannabis demand is strong in Canada, but things outside of the control of Aurora Cannabis is stunting its full potential. Once these two are fixed, the company will scale further because of its production capacity, which should drive down costs per gram, which are already among the best in the industry.

Aurora has by far the largest international presence in the Cannabis industry, which, including Canada, now stands at 25 countries. The most important at this time is Germany. Expectations are the company will enter the U.S. CBD market, but has been more cautious with that. Once that happens, the U.S. could be as important as Germany.

In this article I'm not including the future potential of the U.S. market concerning CBD, because there is no visibility there other than Aurora management saying it's going to go after a share of that market.

As for Germany, the growth potential there is enormous for medical cannabis.

A recent report from Prohibition Partners asserts that by 2024 there will be over a million German medical patients. By 2028 it projects the medical cannabis market alone to be valued at about €7.7 billion ($8.6 billion).

To show the pace of growth, in 2018 there were 60,000 customers being treated by medical cannabis, representing approximately 95,000 prescriptions. Just as important is the fact German insurance companies cover about 60 percent of all medical cannabis prescriptions, which I believe is going to increase in the years ahead. For that reason, even though Germany charges premium prices for cannabis treatments, insurance coverage makes it affordable to the majority of patients.

Concerning Europe as a whole, CEO of Cannamedical Pharma, David Henn, whose company was the official sponsor of the report, stated this:

Within the heart of Europe, Germany represents one of the greatest global potentials for medical cannabis. Depending on North American supply for previous years, Europe will now be able to meet its demand for medical cannabis from within the EU by the end of 2020. With its large facility in the Netherlands and its five licenses in Germany, Aurora Cannabis will be a big part of meeting German and European demand. That will account for growing demand in the years ahead.

Including other international markets, Aurora has a lot of future demand that it will supply, and its finishing up of two GMP-compliant facilities in Canada will be a competitive advantage for those markets demanding quality cannabis.

One element of supply and demand I haven't heard being talked about is the inevitable failure of many of the smaller cannabis companies in Canada. This has started some already, but it's going to escalate as companies aren't able to raise capital or lower costs in a market that is now coming under pricing pressure.

When talking about smaller competitors, I'm thinking in terms of hundreds of small producers that have little production capacity. For now I'm not referring primarily those companies with the capacity to produce about 100,000 kilograms annually or more. A couple of them could fail, but that won't have as much impact as those that when combined, have a lot of supply removed from the market.

As I've mentioned for some time, being the market leader in production capacity and supply is a distinct advantage as the market matures and the number of competitors starts to significantly shrink. Most investors aren't taking this into account when analyzing the supply/demand issue.

In the last earnings period Aurora sold about $20 million in cannabis at the wholesale level. This has been spun as a negative for the company, but I consider it a positive.

First, until market conditions outside its control are fixed, by which I primarily mean a hefty increase in retail stores, the company won't be able to meet the full demand that exists. Once again, I want to point out that this has nothing to do with real market demand, but is a Health Canada issue.

And as mentioned above, once these retail stores increase in meaningful numbers, it'll at the same time take a big bite out of the cannabis black market.

Another thing to consider is if demand was so weak, why would other companies be buying that much cannabis from Aurora? They had to have a market to sell into or demand to process dried flower into CBD. Either way, there had to be decent demand in one form or another for companies to make the order.

For now, until the retail store issue in Canada is resolved, an artificially low demand for legal cannabis will require Aurora Cannabis to sell to the wholesale market until it's worked out. I don't perceive that being a long-term practice for Aurora, unless it chooses to grow more low-cost outdoor cannabis for that market in the future.

Processing of dried flower to CBD

Now that Canadian companies are able to sell derivatives in the Canadian market, starting in the latter part of December 2019, it will use more of its cannabis for the development of CBD-based products.

What this will do is take some of its supply and turn it into a different product form which will then be sold at higher prices. The question there is if that will result in more product being used, or it'll be more of a swap between different ways of consuming pot. I don't think derivative products will overly cannibalize dried flower and medical cannabis, which if I'm right means Aurora will enjoy an increase in demand for its cannabis.

One thing for sure, derivative sales will increase revenue and earnings because of higher pricing power.

I don't see this as having as much impact on demand as the other things listed above, but when combined, represent a lot more demand for Aurora's cannabis than the market is giving it credit for.

Research sales in the U.S.

At this time there are only two Canadian-based companies serving the U.S. research market, and they are Canopy Growth (CGC) and Tilray (TLRY). But there is a growing call for more research in the U.S., and if that emerges, which is highly probable, I foresee Aurora getting a piece of that market.

The obvious reason there is research facilities will have to have a reliable and large enough partner to consistently and sustainably meet demand.

For now, this has been one-off sales that aren't guaranteed to continue on. I think cannabis research is still in the early stage of development, and will eventually be a large market.

This will have no impact on Aurora in the near term, but I only wanted to point out that demand for cannabis stretches across numerous markets that most investors don't take into consideration for the long term.

As shown in this article, Aurora Cannabis has no shortage of selling options for its growing amount of cannabis supply.

In the near term it will struggle until the number of Canadian retail stores increases. I don't want to reiterate that this isn't a small issue. As I stated earlier, just a short time ago, Toronto only had five stores that could legally sell marijuana. The demand in that market is enormous, and as the number of stores increase and black market sales decline, it represents a huge opportunity for Aurora that it had expected to already be in place.

Its global sales are also going to consistently increase over the next five years, and probably longer, and that also isn't an insignificant catalyst, as revealed concerning the German market alone.

The bottom line for Aurora, as many smaller producers fall by the wayside, is it's in much better condition than the market sees at this time, and it's going to prove that its aggressive increase in production capacity is going to pay off for shareholders in the years ahead.

I maintain my thesis that after it approaches fully funded production capacity of over 625,000 kilograms annually by June 2020, we're going to see some vastly improved numbers and outlook going forward.

Nothing has fundamentally changed for Aurora Cannabis, and patient investors holding for the long term will be substantially rewarded.

Gary Bourgeault
12.38K Followers
I am a former investment advisor and owner of several businesses. These days I invest only for myself while continuing to write on a variety of financial and economic topics.
Follow

142 Comments
To ensure this doesn’t happen in the future, please enable Javascript and cookies in your browser.
Is this happening to you frequently? Please report it on our feedback forum.
If you have an ad-blocker enabled you may be blocked from proceeding. Please disable your ad-blocker and refresh.