The latest ISM report on US Manufacturing shows the third month of contraction. 12 out of 18 industries are contracting. Production, employment, and new orders are all down. More concerning are the anecdotal comments (emphasis added):

These comments show the slowdown is broadening and getting worse. This has negative ramifications for industrials (XLI) and basic materials (XLB).

The global manufacturing sector contracted for the sixth successive month in October, according to the latest global PMI™ surveys. The J.P.Morgan Global Manufacturing PMI – a composite index produced by J.P.Morgan and IHS Markit in association with ISM and IFPSM – posted 49.8 in October, remaining below the neutral mark of 50.0. That said, a third successive rise in the PMI provided a further sign that the downturn may have bottomed out in July.

In the latest report, production was slightly positive but employment, new orders, and new export orders were negative. Here's a chart of the headline number: 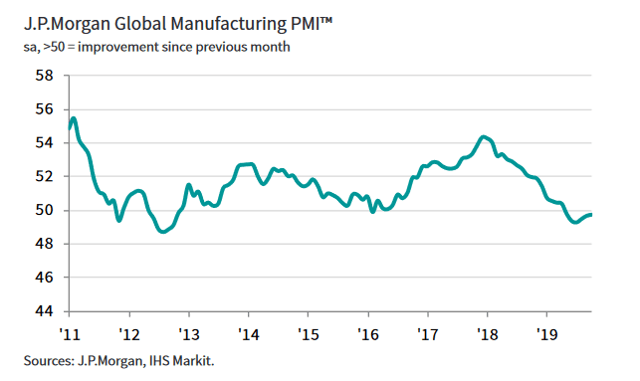 The number declined steadily from the end of 2017. Even if the number gets above 50, it's unlikely that we'll see a major push higher given the current economic backdrop.

Federal Reserve President Clarida explains how the global slowdown could be transmitted to the US:

The bullish trend in stock performance continues through Monday. Transports had a very strong day, gaining over 2%. After that, the performance drops off a bit. But the second and third best performers were micro and mid-caps, indicating an increased risk appetite. Large-caps were up modestly. At the other end of the spectrum is the long end of the Treasury market, which sold off again.

Today's sector performance was bullish as well. At the bottom of the table are the defensive sectors: healthcare, real estate, staples, and utilities. At the other end is energy - which has chronically underperformed for a year. Industrials, financials, and basic materials round out the table.

Let's turn to the charts, starting with the Treasury market. 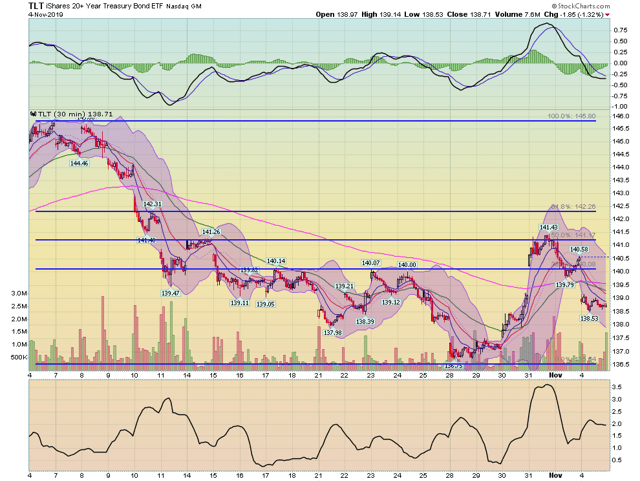 After selling off at the beginning of October, both the IEF and TLT have traded in the lower half of their respective trading ranges. The longer-term trend line (in pink) has been trending lower since October 10.

Meanwhile, the equity markets have been trending higher for the last week. 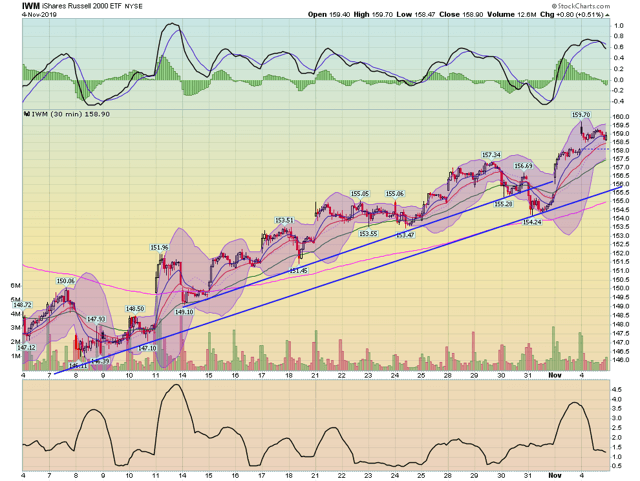 The SPY is also in a solid, month-long trend upwards.

And we've got some solid moves in the industry sectors as well.

Most importantly, technology - by far the largest component of the SPY and QQQ - broke through resistance in the lower 80s and is headed higher. 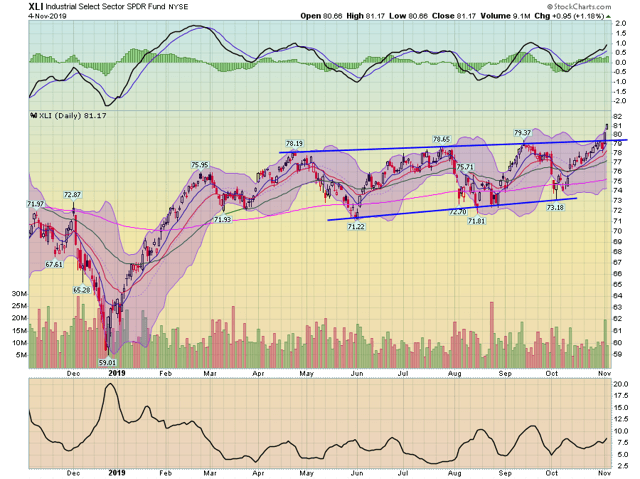 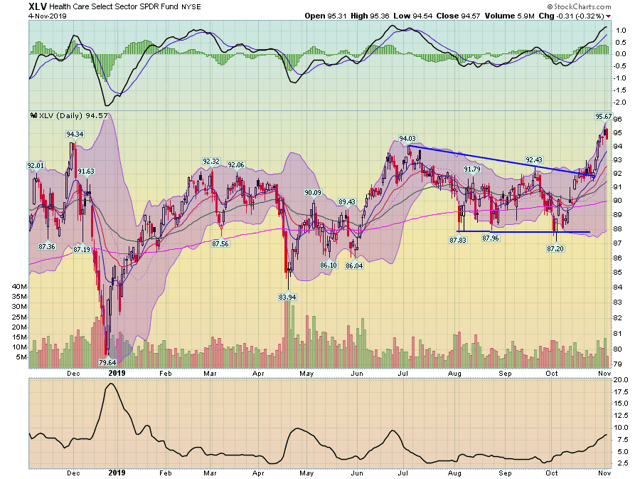 Overall, the charts are lining up for the bulls. The indexes are making strong moves higher and some of the more bullish sectors are supporting that move. Best of all, this is happening at the beginning of the week, so we could have more good news to follow.